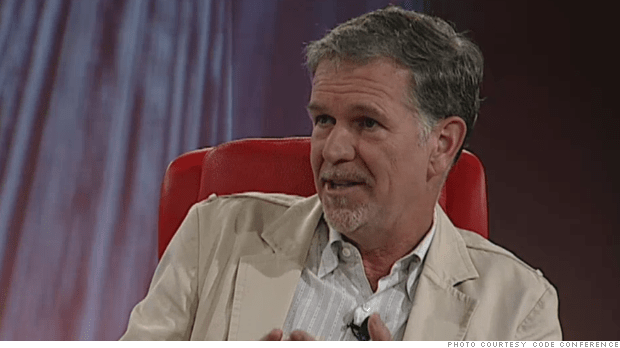 The FCC has heard your concerns over the weeks-long squabble between Netflix and Verizon regarding slow Internet streaming speeds and the FCC is . . . looking into it.

Federal Communications Commission chairman Tom Wheeler issued a statement Friday afternoon to say his staff is “looking under the hood” to determine who, if anyone, is at fault when it comes to poor Internet service and whether or not Internet service providers (ISPs) are purposefully interfering with streaming speed in order to strong-arm content providers like Netflix and Hulu into paying more for faster service, as Netflix has claimed.

Wheeler says the FCC’s goal is “protecting Internet consumers,” some of whom have contacted him directly with their concerns as the dispute between Verizon (VZN) and Comcast (CMCSA), and Netflix (NFLX) has played out in the public sphere. Wheeler referred specifically to one consumer, whom he identifies only as “George,” who contacted the FCC chairman with a plea to get to the bottom of the Netflix-Verizon dispute.

The FCC chairman, who says even he knows “how exasperating it can be” to experience lagging Internet speeds, added that, at this point, the FCC is only “collecting information, not regulating.”

Last week, Verizon sent Netflix a cease-and-desist letter that threatened legal action if the streaming video service did not remove pop-up messages telling customers in certain areas that streaming interruptions were being caused by congestion on their provider’s network. Netflix later said in a blog post that the messages would stop on June 16, though the company will consider implementing them “more broadly” in the future.

For months, Netflix has been releasing regular ISP rankings based on the speed at which they stream Netflix content. Google’s YouTube put out a similar rating system last month.

Netflix has also begrudgingly (it claims) entered into pacts with both Comcast and Verizon that allow the content provider to pay extra for faster streaming speeds on those ISPs’ broadband networks. Those agreements have been part of the larger debate over “net neutrality” and the idea that all Internet traffic be handled the same without creating any fast lanes for companies that pay extra. Netflix CEO Reed Hastings said earlier this year that his company’s agreements with ISPs are simply meant to improve customer experience and that he supports stringent net neutrality regulation.

The FCC’s Wheeler said Friday that his staff has received and will review Netflix’s agreements with Comcast and Verizon as part of its collecting of information.