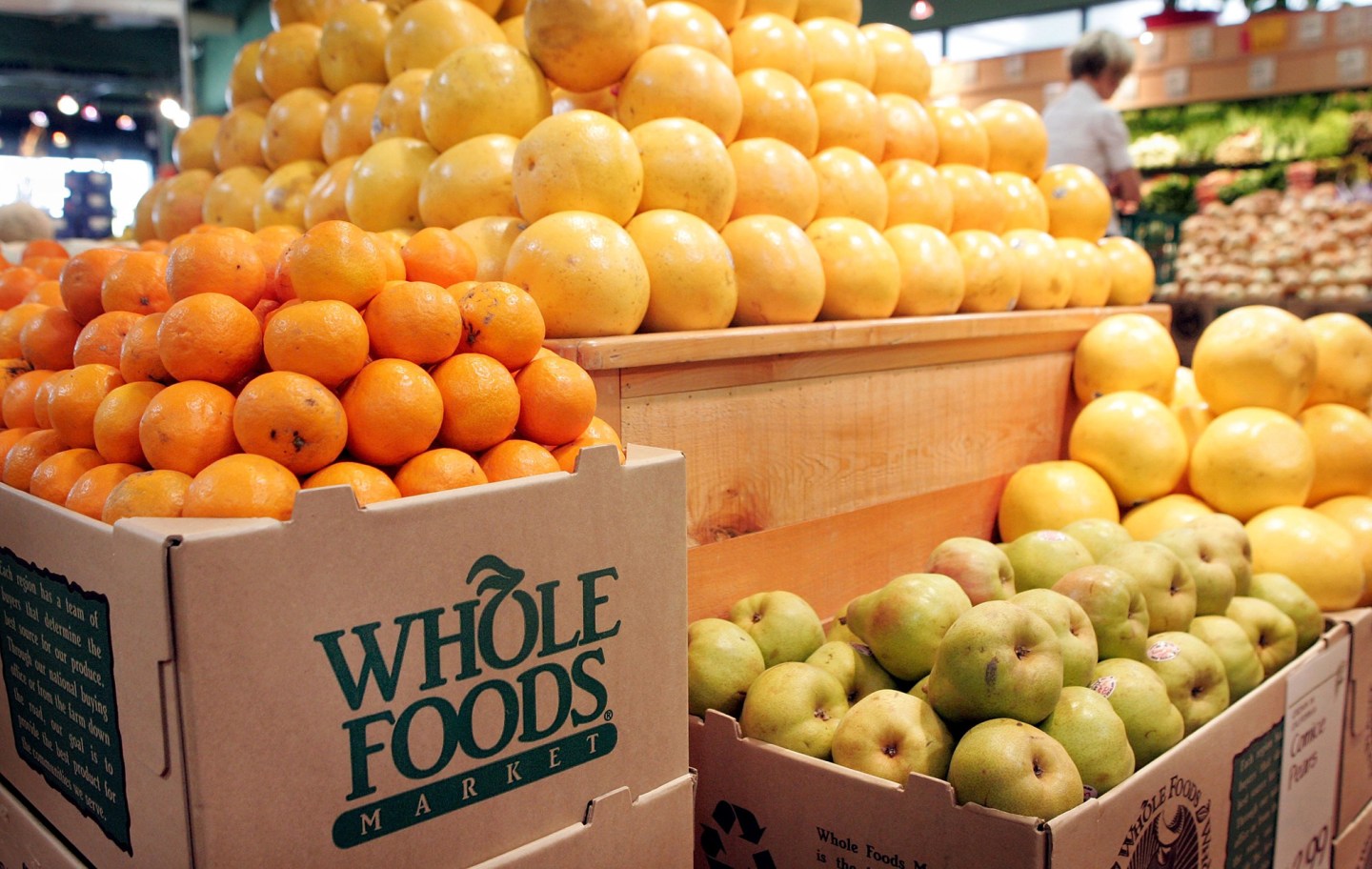 Glenda Flanagan became Whole Foods Market’s chief financial officer in 1988, when the organic grocer had only six stores. Today, its pesticide-free products are sold through some 375 locations in the U.S., Canada, and the UK. Flanagan, who rarely talks to the press, sat down with Fortune at the company’s Austin, TX, headquarters to chat about her early days at Whole Foods and what it’s been like working there for almost three decades. Below is an edited transcript.

Did you pursue the job at Whole Foods, or were you recruited?

When the prior CFO left, the instructions given to the search firm were, ‘These are the qualities that we want and we would really like to have a woman on the team. ‘ The search firm came back with their candidates and none of them were women. A friend of mine was Whole Foods’ controller and she suggested me. I had been out of work for a couple of years, having my children, and I was ready to go back to work.

What were you doing before you took time off to be with your kids?

When I got out of college—I went to University of Texas [in Austin]—I moved to Houston and worked in public accounting. Then I got married and my then-husband and I bought an office supply store outside of Austin. I also did a little consulting work on the side. And that’s what I was doing when this opportunity came up.

What was the atmosphere like when you first started?

We were just about to open stores seven and eight [Richardson, TX, and Palo Alto, CA], so the company was very small. [Co-founder] John Mackey actually did the financial plan on a spreadsheet on one of those Mac computers—what were the first ones called? Those little square television-looking ones. (Editor’s note:  Apple introduced the Macintosh computer in 1984.)  We had just taken in the first round of VC capital ever. The plan presented to investors wasn’t as grand a plan as the reality turned out to be.

What was most challenging when you first started at Whole Foods?

The general contractor on our Palo Alto store went out of business while we were in the midst of building that store. And at that point in time, any one store was a big financial burden for the company. We had a big financial challenge associated with that. We also had the Alar scare – ya’ll remember the Alar scare? It was probably the first time that there was national media exposure related to chemicals and pesticides on fruits—especially apples, so suddenly there was a big boom in our business.

What about taking the company public in 1992?

That was a completely new experience for me. You are expected both to be able to explain exactly what has happened with your financial results and predict what is going to happen with your financial results. People tend to think that there is a lot more exactness to the forecasting of the future than of course there is. So I spent a lot more of my time, suddenly, on investor relations: talking to shareholders, talking to analysts and the whole investment community.

With this shift, how did you stay true to Whole Foods’ entrepreneurialism, while at the same time being the voice of financial reason?

Now I didn’t ever say that (laughs).

But it can be assumed that it’s still a very entrepreneurial environment, since both founders (John Mackey and Walter Robb) remain in charge.

Yes. I have less of the entrepreneur in me, certainly, than John and Walter. But that doesn’t mean that they’re out there with all these wild and unreasonable ideas and I have to be the one to bring them back down to earth. It’s really not like that. In the process of developing ideas and concepts and processes, I get to bring creative energy, too.

Your executive team has a unique makeup. You all seem to be friends—you and John even live in the same neighborhood. Talk a little bit about developing those relationships.

The executive team has a tremendous amount of love and respect for one another. That’s why we enjoy being with one another. But I don’t want to give the wrong impression that we all hang out all the time. John and I walk together frequently in the mornings because we do live in the same neighborhood. It’s a good time for us to get together and have an hour to brainstorm or vent or share our concerns and our joys and excitement about the future. That’s a really special time for me.

What’s the greatest lesson you’ve learned during your 26 years at Whole Foods?

The value of the team. It is so important for the team to be aligned on purpose and principle. It helps all feel inspired and empowered.