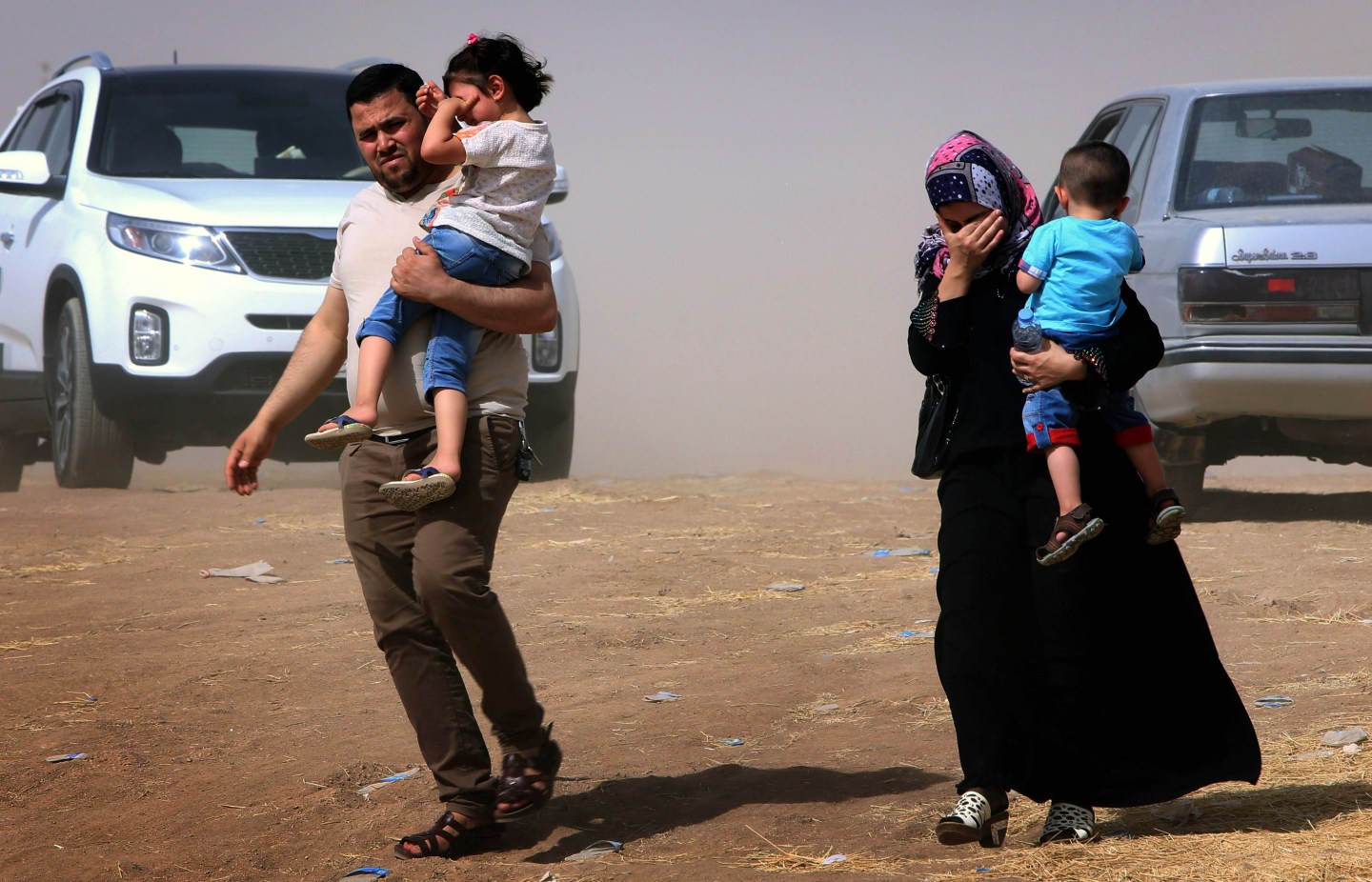 Oil prices have risen to their highest level in three months on concerns about spiralling violence in Iraq, one of the world’s largest exporters.

The Intercontinental Exchange’s futures contract for West Texas Intermediate crude oil hit a high of $106.52 by lunchtime in Europe,  and has now risen 17% since mid-January. The move happened two days after fighters from the Al Qaeda splinter group Islamic State of Iraq and the Levant (ISIL) overran Iraq’s second city, Mosul. On Wednesday they had gone on to overrun Tikrit, the hometown of former dictator Saddam Hussein, gaining a position from which to threaten the capital, Baghdad.

The market had taken news of the fall of Mosul relatively calmly, but the flight of an estimated 500,000 civilians in the aftermath, coupled with widespread reports of Iraqi government soldiers surrendering or abandoning their positions, has fuelled fears that the government of Prime Minister Nouri al Maliki will collapse, having effectively lost control of the north of the country.

Government sources attempted to play down such fears Thursday. Reuters cited Iraqi oil minister Abdul Kareem Luaibi as saying that the country’s key export facilities, which ship over 2.5 million barrels of oil a day to world markets, are under government control and are “very, very safe.”

He also denied reports that the Baiji refinery, which supplies Baghdad with gasoline and fuel for the capital’s chief power station, had fallen to ISIL forces.

The ISIL fighters represent an extreme wing of Sunni Islam, and view the Shia-led government of al Maliki as heretics. In Baghdad Thursday, the deeply-divided coalition government failed to pass a law giving it emergency powers because Sunni lawmakers boycotted the vote, leaving parliament short of a quorum.

Stock markets in Asia, which are historically highly exposed to volatility generated in the Middle East because of the region’s dependency on oil imported from the Persian Gulf, were down across the board, with the signal exception of India, where the mood continues to be dominated by hopes for economic reform under new President Narendra Modi.