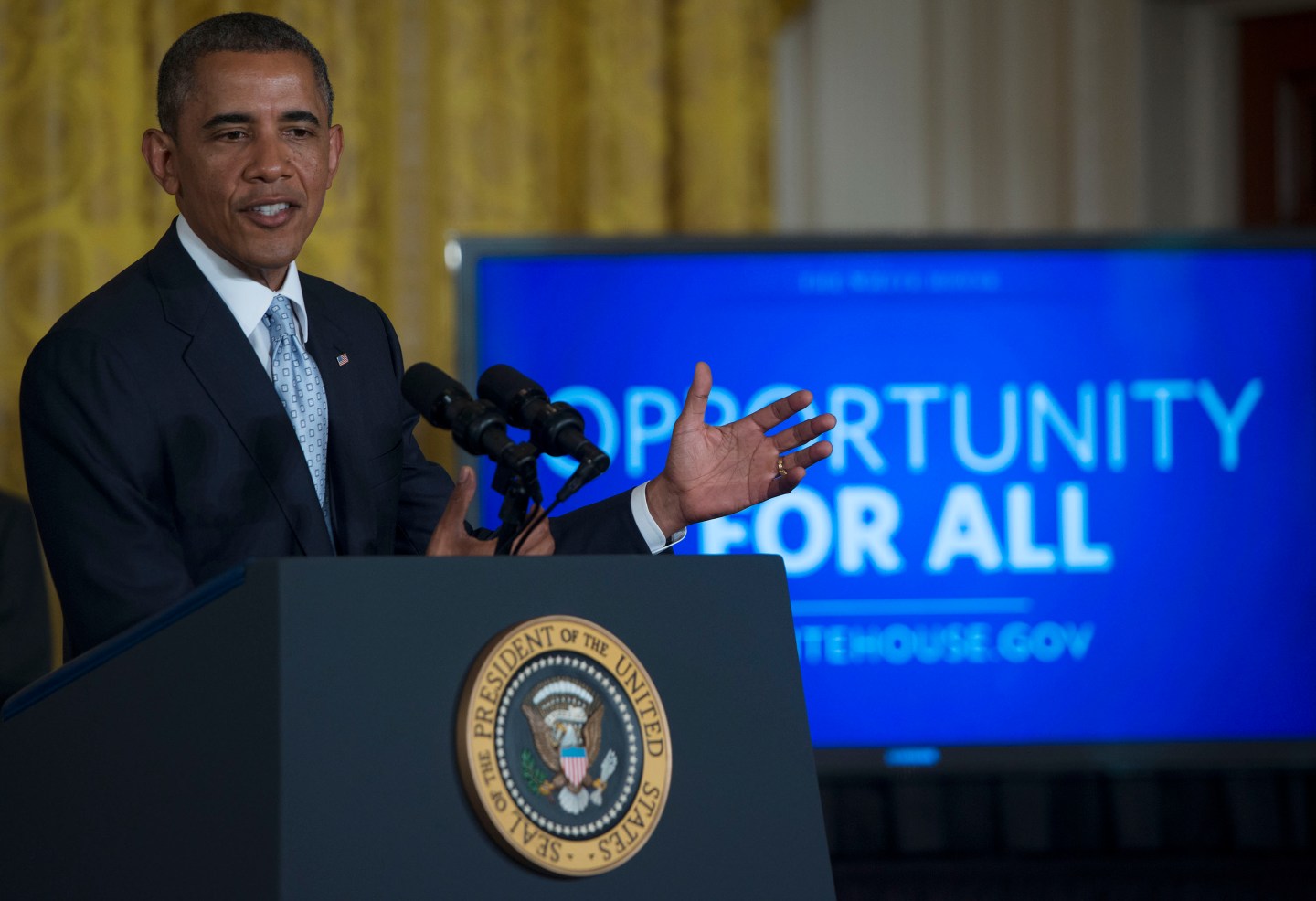 This week, President Obama announced a plan to extend financial relief to households carrying student loan debt. The executive order would allow an additional 5 million existing borrowers with high monthly payments, relative to their income, to spread their payments out over a longer period of time.

The President’s actions may well be in response to growing concern over student loans. One commonly cited statistic notes that student loan debt, totaling $1.2 trillion, has now eclipsed all other forms of consumer loans except mortgages. Others, including former Treasury Secretary Larry Summers, have argued that student loans are holding back economic growth by discouraging spending and restricting homeownership by young families.

A recent review of ours at the Brookings Institution adds to this chorus of concern, noting that student loan debt can discourage graduate education, influence career choice, delay the timing of marriage and childbirth, and even lead to lower credit worthiness.

But before outstanding student loans are cast as a “crisis,” it is important to note that it’s not all doom and gloom. First, one of the strongest documented facts is that attending and graduating from college has a strong impact on individual’s future economic prospects. This means both that attending college is a good investment and that a significant portion of the ultimate costs can and should be borne by the student or his/her family.

Second, while recent increases in tuition costs have been noted frequently and are an important driver of higher student loan debt, another factor is simply that more people are attending college. Between 2002 and 2011, enrollment was up 27%, with especially large increases in graduate students. From this perspective, student debt is rising in part because more Americans are investing in themselves—unequivocally an encouraging trend that will pay dividends for those individuals and for the country down the road.

At the heart of the problem, though, is a shift in priorities at the state and local level. Decades ago students could attend public colleges with strong financial backing from the American taxpayer. This support has gradually waned. Between 1962 and 2011, the inflation-adjusted cost of attending a public college has more than doubled from about $7,000 to more than $17,000, reflecting in part a diminished public willingness to support college attendance.

The federal government has intervened to partially offset this trend. The American Opportunity Tax Credit—worth up to $2,500 per year—represents a far more generous tax credit than available to students even five years ago. And Pell Grant funding has continued to gradually trend upwards, offering improved support for low-income students.

Despite this increased federal investment, the U.S. lags far behind the typical developed economy in financing postsecondary education. In 2010, just 36% of postsecondary education was funded from public sources—roughly half the average share for OECD countries and lower than the share paid by all but three OECD countries for which data are available.

The President’s proposed reform should make it easier for students to reduce monthly loan payments out the repayment period, but it doesn’t address the much more difficult question facing both Congress and state lawmakers around the country: Do today’s taxpayers, who benefitted from high educational subsidies in years past, want to return the favor to the next generation? If the answer is no, high levels of student debt will be here to stay.

William G. Gale is a Senior Fellow and Benjamin H. Harris is a Fellow in Economic Studies at The Brookings Institution.