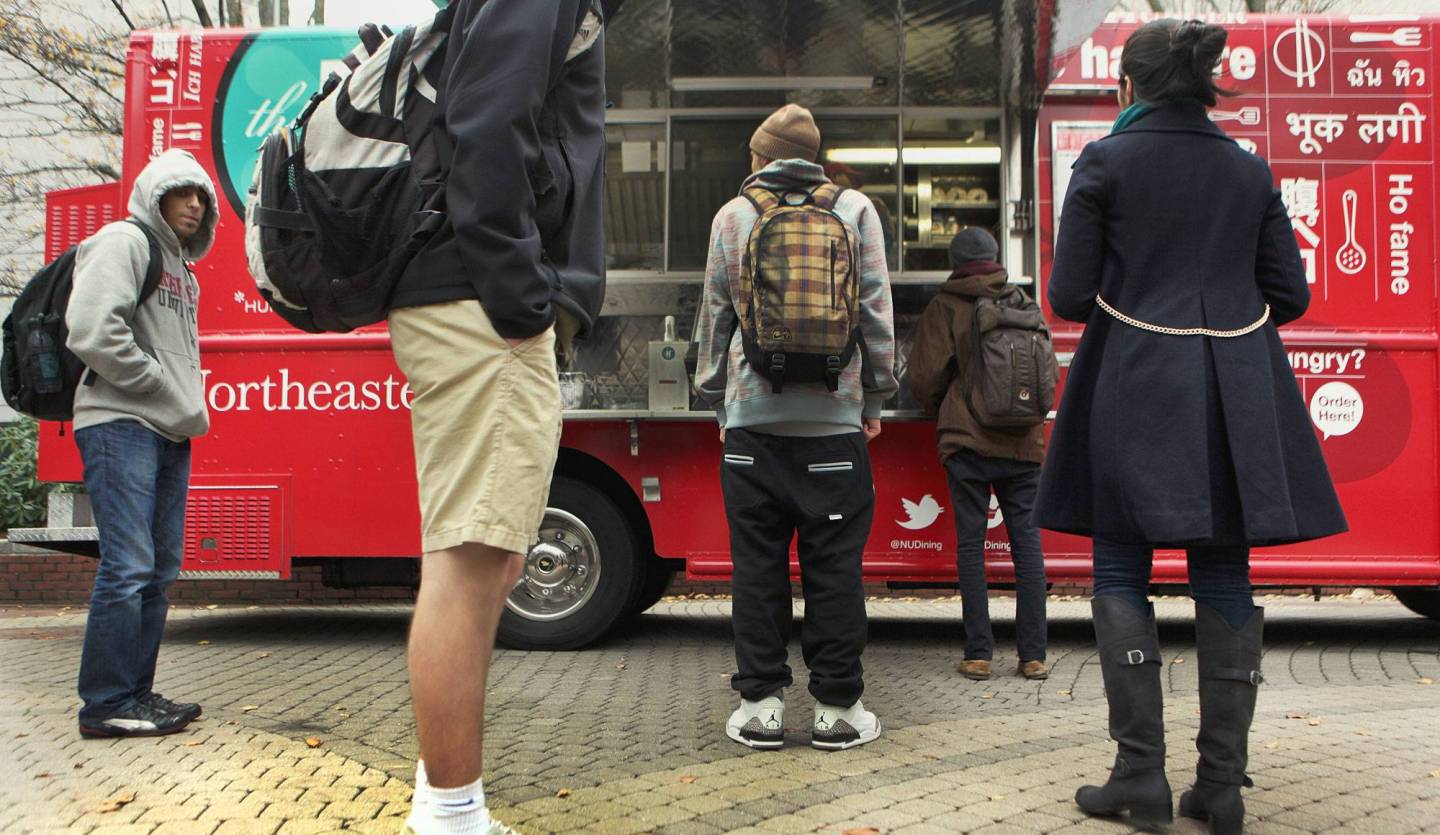 Jeremie Banet recently quit his job at PIMCO, the Newport Beach investment firm where he had spent several years as a portfolio manager for real assets. Happens all the time on Wall Street. What made Banet unusual, however, was that he wasn’t leaving for another finance job. Instead, he quit to open a food truck (as first reported by Bloomberg).

Fortune spoke yesterday with Banet, just after he had finished up his final day of work with PIMCO. What follows is an edited transcript of our conversation:

Why a food truck?

The idea first came a year ago and the reasoning was that California has so many different types of fast-food — Mexican, Chinese, Italian, etc. — but there is absolutely nothing that covers French, even though there is a big street food culture in France with croques monsieur and Middle Eastern food. So I thought it was weird that we didn’t have that sort of thing, and that it would be a great idea to start something around it. So I came home and told my wife about the idea.

What was her reaction?

Well, I didn’t come home and say I’m quitting my job. I just brought it up as something worth pursuing, so she’s actually the one who really began working on it and hired a chef to help. We had our first pop-up three weeks ago in a wine bar in Long Beach and it worked really well. So I gained a bit more confidence in the project and felt that I wanted to really help move it along.

So you quit your job. What did your PIMCO colleagues say?

The PIMCO people knew for about the last six months that I’d been working on a food truck project. A few of them even tried the croques at my place and were excited by it and knew that I was excited by it. But obviously when I resigned there was a pretty big shock. To be fair, part of the reason I chose to resign was that I was less and less into my job.

Do you own the truck? Will you be behind the grill?

No, not yet. We hope to be up and running within three or four months. I expect it will be me and my wife and maybe a third person. So either I’ll be behind the grill or taking orders. It will be called Monsieur Madame.

How do you pick a spot? Do you need site-specific permits?

Well, you need health permits for each county so we’ll get one in Orange and LA counties. To get a spot really depends on the rules of each city and property owner. For example, The Irvine Company basically owns Orange County and allows trucks around its buildings. Every Monday there are three trucks parked outside of PIMCO and I hope one of them is going to be mine.

Are there any lessons  or experiences that translate from your old finance career to your new food truck career?

Managing assets and starting a business are very different, but both my wife and I started as controllers. So we understand that, at the end of each day, there are cash flows and if you don’t get them right nothing else matters. So we understand fixed costs and variable costs and pricing. I don’t know if everyone running a food truck really knows those things.