Europe: The Silicon Valley of soccer 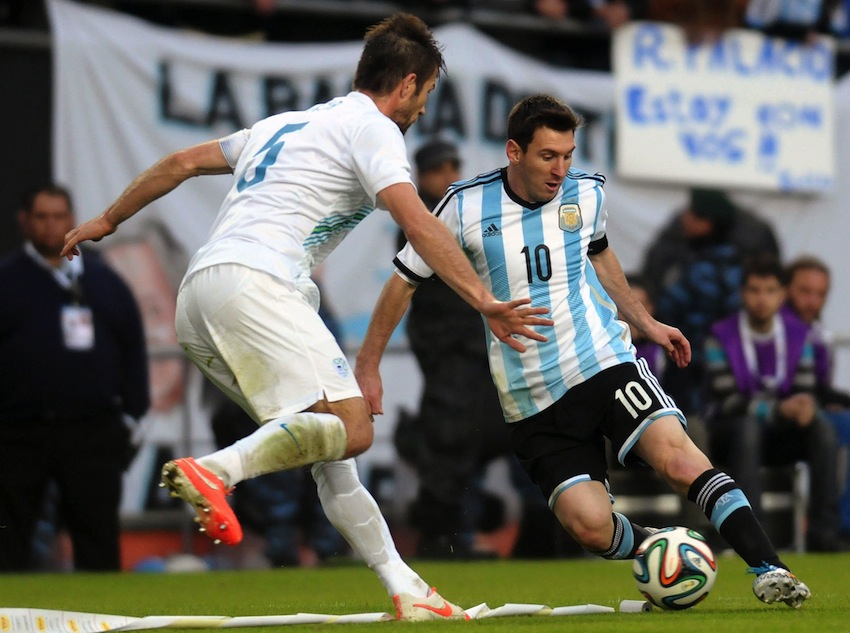 With a home TV audience of 3.2 million in 2010, the World Cup is only surpassed by the Olympic Games as the planet’s biggest sporting spectacle. But unlike most Olympic sports, soccer isn’t a one-off that only grabs international attention once every four years.

But as internationally popular as the sport may be, it has a home. After the World Cup wraps up, some 70% of the 736 players involved–including most of the players on South American powerhouse teams Brazil and Argentina–will head back to day jobs at professional teams in one place: Europe.

Europe employs over two-thirds of the best soccer players in the world. So, what is this industry cluster–this Silicon Valley of soccer–like?

It pays until it hurts

With a limited number of buyers in the market (one 32-team league) and a salary cap in place, many NFL players are likely underpaid, according to Rob Simmons, a professor of economics at the Lancaster University Management School.

But with leagues in multiple neighboring countries competing for player services and no salary cap to put on the breaks, European soccer is a different beast altogether. Players receive over 70% of team revenues in the top five European soccer leagues, says Vrooman, compared to less than half in the NFL.

That setup is great for players’ checkbooks. But it’s a road to insolvency for all but the top teams in places like Spain. Because of bad management and salary overspending, 19 of the 42 teams in Spain’s top two leagues have declared bankruptcy in the last decade. And professional teams owe the Spanish government 670 million euros ($910 million) in back taxes.

It doesn’t believe in “parity”

European soccer is what a mathematician might call a “deterministic system.” That is, there is very little randomness in the league. You generally know who will win from the season’s first day.

Without an NFL-style shared revenue system, most of the money flows to a few top teams, who buy all the star players and leave everyone else with the talent and revenue crumbs.

“The best financial analogy would be like comparing the NFL as a well-diversified S&P index portfolio with an all-or-nothing NASDAQ roulette wheel,” says Vanderbilt’s Vrooman. “European football, particularly in La Liga (Spain) and Serie A (Italy) is make-it-or-break-it unless you are one of the top three or four clubs.”

In economics, “convergence” theory holds that poor countries will see their per-capita GDP increase faster than that of rich countries, bringing the wealth of nations closer together over time.

That is what’s happening in soccer, as more players from developing countries go to play on top teams in Europe and then bring the skills they learn back to their national clubs, in turn making them more competitive in international play.

“Weaker nations’ [teams] are getting stronger,” says Stefan Szymanski, a sports management professor at the University of Michigan. “Particularly against European and South American countries, we’ve seen countries from other regions have better results in recent years.”

In a 2012 research paper, three economists at the University of Leuven in Belgium found that every player a developing country sent to play in England’s Premier League translated into 21.6 extra points in the rankings from the international soccer body FIFA.

To put that into perspective, an extra 21.6 points would allow Slovenia to jump from No. 29 to No. 24 place in the rankings, leapfrogging Ecuador, Algeria, Sweden, Bosnia and Herzegovina, and Egypt.

“I don’t think you’ll have an African team winning or getting to the final at least for the next 10 years,” says Jeroen Schokkaert, one of the authors of the paper. “I would love to see it. It’s part of globalization. But the countries first need solid economic development before that is possible.”

Driving this home, the Leuven professors note that developing countries could also get a 21.6 jump in FIFA points by increasing per capita GDP by $7,272.

In this case, the non-sports economy could learn something from the World Cup. Comparing soccer skills to technological development, the University of Leuven economists suggest that developing countries could improve their economic development by implementing policies to bring back emigrants to teach.

“Systematic return of migrants, even temporary, is important,” the authors write. “Policy makers could design programs that facilitate the return of skilled migrants for short periods of time in order to share the skills and technology acquired abroad with their home countries peers.”