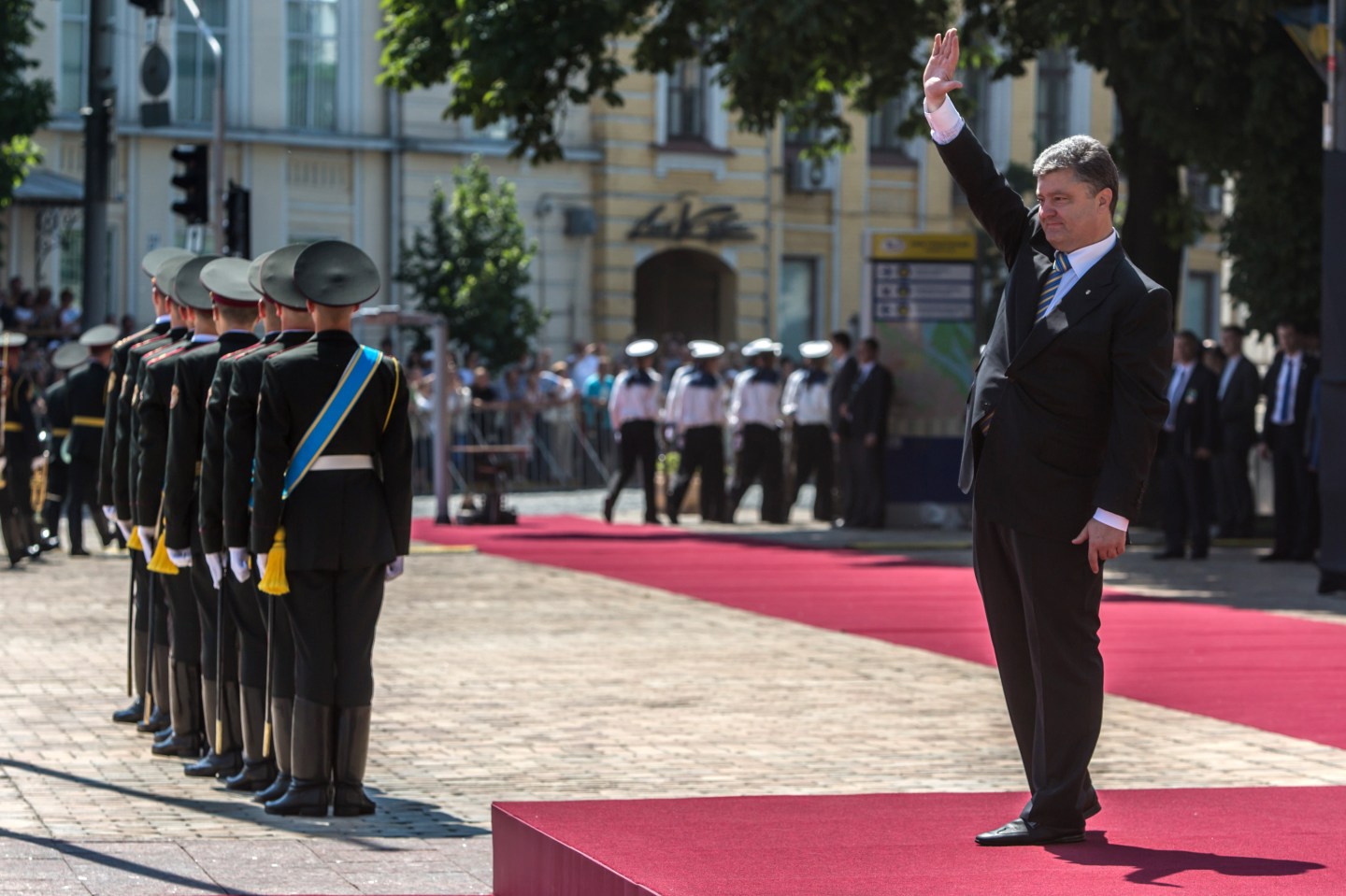 Ukraine’s new president said he wants a ceasefire in his country by the end of the week, raising hopes for a quick end to the conflict that has overshadowed the European economy this year.

Poroshenko’s comments, made at a meeting with Russian envoy Mikhail Zurabov and other diplomats, are the first clear sign that the newly-elected President is pushing a diplomatic end to the fighting. Poroshenko had met briefly with Russian President Vladimir Putin on the sidelines of ceremonies last Friday to commemorate the 70th anniversary of the D-Day landings in France, but there had been few details of what they discussed.

“We have to have a ceasefire by the end of the week,” Poroshenko said, according to a statement summarising the meeting that was posted on his official website.  “Every day that people die…is unacceptable.”

The meeting was also attended by Swiss diplomat Heidi Tagliavini, who was delegated by the Organisation for Security and Cooperation in Europe, the body which would be most likely to monitor any ceasefire.

Poroshenko was sworn is as president at the weekend, telling parliament: “I don’t want war, I don’t want revenge. I want peace.” He promised an amnesty for those “without blood on their hands”, but also said that he wouldn’t talk to the “bandits” that have seized power and declared independence in the eastern regions of Donetsk and Luhansk.  He also refused to recognise Russia’s annexation of the Ukrainian region of Crimea.

The new president also confirmed that he would put the country on a clear course for integration with the European Union, signing the economic parts of a so-called “Association Agreement” as soon as possible.

For its part, the EU at the weekend continued to use a ‘stick-and-carrot’ approach to encourage Russia to start cooperating with a peace process and stop its support for the armed rebels in Donetsk and Luhansk.

French President Francois Hollande reiterated that his country intends to deliver the first of two modern assault ships to the Russian navy in October, despite US misgivings. President Barack Obama said last week “it would have been preferable to hit the ‘pause’ button.

However, the Bulgarian government, after pressure from the EU and US, said it would suspend work on a new pipeline designed to carry more Russian gas to Europe. The so-called ‘South Stream’ pipeline would intensify the region’s dependence on Russian gas, raising fears that the Kremlin could turn off supplies as a weapon in a future political crisis.  Russia says it has always honored its contracts to its EU customers.

“The project will only go forward after we resolve all issues that Brussels has,” Bulgarian Prime Minister Plamen Oresharski said on his website.

The EU wants to develop an alternative import route for gas from Azerbaijan and, in the long term, other countries such as Iraq and Turkmenistan.