Time to ditch the polite talk about “income inequality.” We know who’s getting rich. 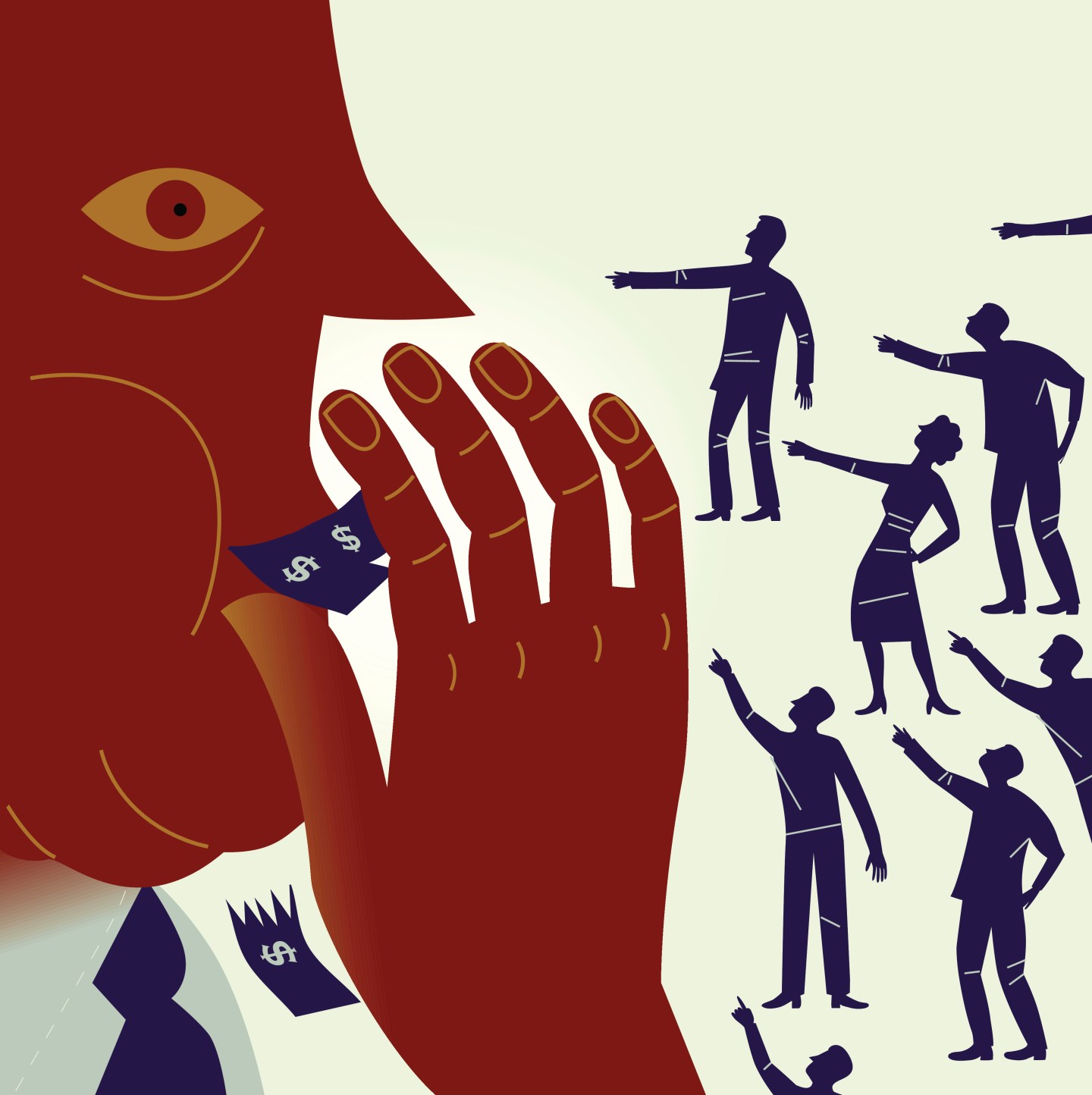 In the debate over income inequality, there is contention over every claim—from whether the pay gap is truly growing to whether the rich-getting-richer is simply the hallmark of a dynamic economy.

As far as national arguments go these days, few have so many heated opinions as this one. (Okay, I’ll take that bit of hyperbole back:  Gun control battlers, Obamacare antagonists, vaccination-autism debaters, you guys take it outside.)

But at least on this particular pivotal issue, we can get a clear understanding by just following the data.

Let’s start by focusing on one essential metric: the share of national income that’s going to America’s workers versus the portion going to “capital.” By capital, I mean owners, shareholders, and to a large extent top corporate managers—who, in theory, should be laborers, but who are often paid primarily in stock.

When the percentage of GDP flowing to capital waxes faster than the part rewarding labor, then income inequality grows. Plain and simple.

That, indeed, is what Chris Brightman, chief investment officer for Research Affiliates, which designs strategies for $169 billion in investment funds, argues in an essay titled, “The Profits Bubble.” Brightman presents numbers that point to just one conclusion: Capital is winning, big time. “For nearly a quarter century, we have experienced profits growing at a faster clip than GDP,” Brightman states. Earnings-per-share, adjusted for inflation, have grown at an annual rate of 5% since 1994. That’s more than three times the historical average of 1.5%.

By contrast, “real” household income has risen from around $49,000 to $52,000 over the same period—which translates to a near-zero annual increase in buying power over those same two decades. “The dramatic rise in income inequality,” Brightman concludes, “is a direct consequence of this spectacular reallocation of income to capital and away from labor.”

The main reason for this historic shift, Brightman argues, is the advent of a global workforce stretching from Sao Paolo to Mumbai. In the half-century following World War II, the developed-and-developing world economy consisted of North America, Europe, Japan, South Korea, and a few other countries, a world comprising one billion people. “Some countries were growing faster, some slower, but the technological level and population growth were not very different.” In this sphere of dominance, capital and labor grew at different rates at different times, but always divided the growing global wealth in approximately the same portions over time. It seemed fair, it seemed natural, and it didn’t last.

Starting in the early 1990s, around 3 billion people joined the global economy, a billion each in China and India, and another billion in Eastern Europe, South America and Southeast Asia. The competition from the burgeoning ranks of these modestly paid workers curbed pay increases in the U.S. and Europe—the old pattern of raises meant that cars and computers would be too pricey to sell on world markets. As Brightman points out, profits averaged 20% of labor costs in the U.S. from around 1930 until the early 1990s. Since then, the share of profits has jumped to 26%. “Incomes of many of the newly joined 3 billion rose,” says Brightman. “Meanwhile, wages in the old advanced economy countries stalled in response to competition welcomed by workers in developing countries.”

It’s difficult to untangle the permanent, “structural” component of this sharp tilt from the part that rises and falls with any economic cycle.

My view is that a portion of the imbalance is cyclical. Companies have been modestly increasing sales with shrinking or stable workforces, and that—surprise, surprise—has swelled their margins. But it can’t go on forever. Soon, these companies, if they are to keep thriving and competing, will be forced to hire more foremen and sales people. And the renewed bidding for the best talent will raise wages, at least modestly. Hence, it’s likely that labor’s share will recoup a couple of points of GDP that it lost in the past quarter century.

Labor will gain from politics as well. “Capital’s share cannot rise in perpetuity,” says Brightman. “Social and political forces, if not economic developments, will cause it—sooner or later—to revert to a more usual level.” Those social and political forces vary, depending on political bent: Democrats and many Republicans advocate raising the minimum wage. More conservative politicians frequently favor a rise in the Earned Income Tax Credit, which (to a point) rewards folks for taking low-paying jobs.

So labor is likely to narrow the gap with capital in the years to come. At least a little. The narrowing won’t be nearly as dramatic as the widening was. Capital, in fact, will almost surely keep some, if not most, of the advantage it gained in the past two decades.

More certain is that the outlook for profit growth is less favorable than it was during this period of capital favoritism. As the business cycle turns modestly in labor’s favor, and politics joins in, profits as a share of sales, GDP and equity will inevitably retreat. That’s nothing new, of course. True, the current profit upswing has gone on so long that many investors think it’s permanent, but history has another lesson: From mid-1973 to mid-1994, inflation-adjusted profits fluctuated wildly but posted no overall gain at all. It is likely that a similar period of stagnation is at hand.

In the end, both issues—how fast the pie is growing and how it’s divided between capital and labor—matter. French economist and author Thomas Piketty, now more famous than ever for his runaway bestseller, Capital in the Twenty-First Century,  denounces the rise in inequality and makes the point that sluggish GDP expansion has made the workers’ plight far worse.

So if this economic tepidness hurts both capital providers and laborers, what are the best policies for fostering growth? Ah, get ready for yet more debate here. The solutions for re-cutting the pie may ultimately be the ones that keep it from growing, hobbling workers with good intentions. Nobody said economics was easy—or fair.