Seattle’s min wage is America’s highest, but here’s the downside 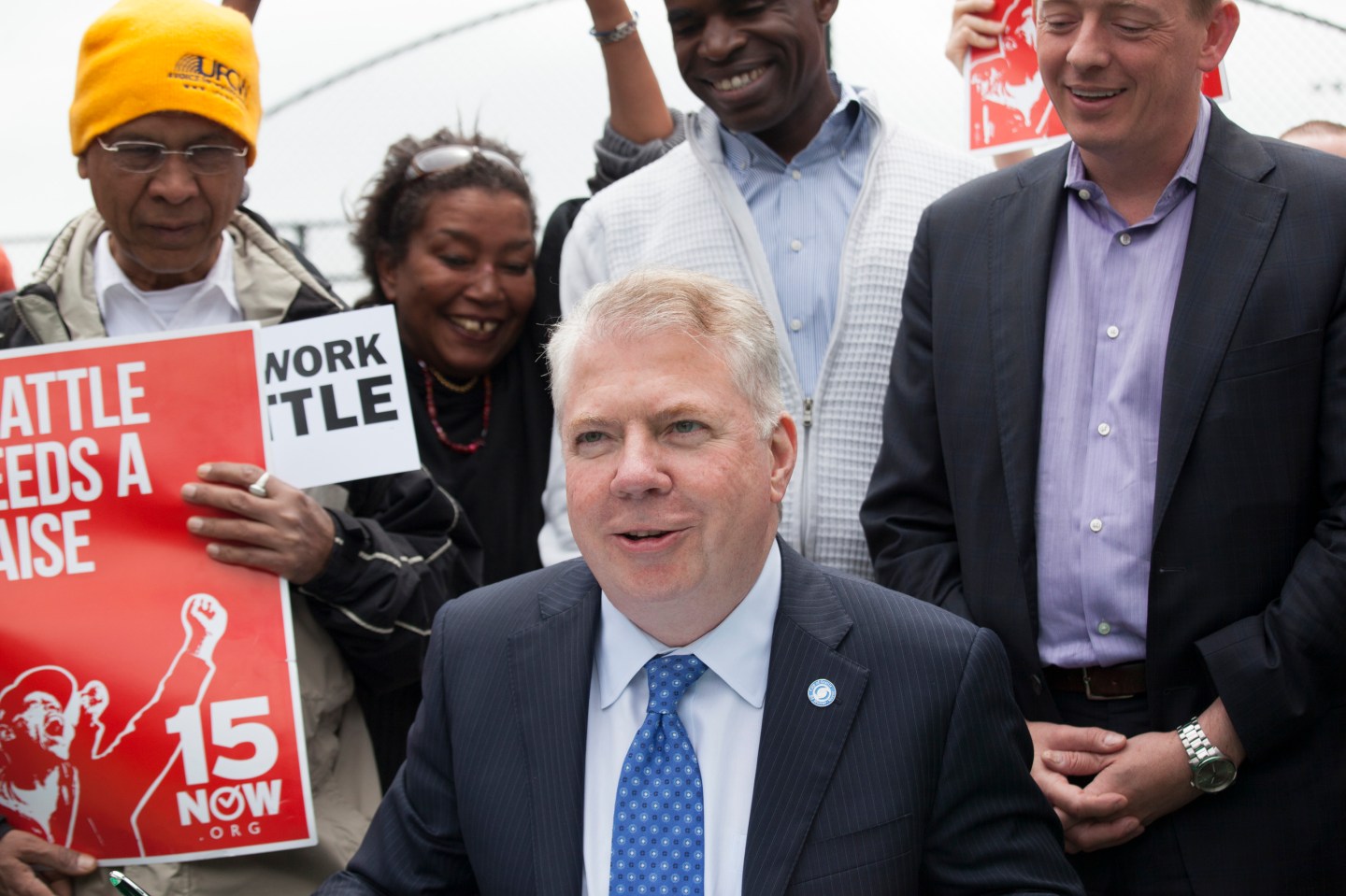 Earlier this week, the Seattle City Council voted to raise the city’s minimum wage to the highest in the nation at $15 an hour. While I favor raising the federal minimum wage, since it would boost the spendable incomes of millions of poorly paid workers and their families, I am more cautious about the wisdom of raising a single city’s minimum wage when nearby jurisdictions leave their minimum wage levels unchanged.

It will be interesting to see whether low-wage Seattle businesses continue to prosper even after they are required to pay a minimum wage that is 50% higher than the one faced by competitors in nearby suburbs. The risk of a big minimum-wage hike at the city level is that the city’s low-wage employers will be harmed in their competition with out-of-town businesses that sell the same products or services.

Consider a business that mainly sells low-cost, fast-food meals. If it must pay $15 an hour to its low-wage employees, while its competitors less than a mile away are only paying $10 an hour, the companies outside Seattle can charge lower prices to their customers for shakes, burgers, and fries, and yet still make a profit. The lower-cost establishments can capture a larger percentage of the local fast-food business, reducing fast-food sales inside Seattle’s city limits. The same is true of the goods and services sold by laundry and dry cleaning establishments, inexpensive motels, and other businesses that depend on low-wage workers to stay competitive. The labor cost disadvantage caused by a higher minimum wage can hurt low-wage employment in Seattle and possibly reduce the value of some of the city’s commercial real estate.

To the extent that consumers have the option of buying goods or services from companies that are not required to pay a higher minimum wage, some of the hoped-for gains from a higher minimum wage will vanish. When customers can conveniently buy products or services from firms that face lower labor costs, the new businesses that they patronize will grow and the old, high-cost businesses they abandon could shrink. Low-wage workers may earn higher wages inside the Seattle city limits, but their employment opportunities in the city may shrink.

The risk of this kind of harm is vastly smaller when the minimum wage is increased at the state or national level. If the Obama Administration can persuade Congress to boost the national minimum wage, all employers—inside and outside a single city’s limits—will be obliged to raise the pay they offer to their minimum-wage workers to a level that is at least as high as the federal minimum wage. Of course, cities like Seattle can still choose to enact an even higher minimum wage than the one set by the federal government. If the pay differential with the rest of the nation gets too large, however, some of Seattle’s low-wage employers may face tough competition from businesses outside the city.

Gary Burtless is a Senior Fellow in the Brookings Institution’s Economic Studies program, where he does research on labor issues, demographics, and the income distribution.