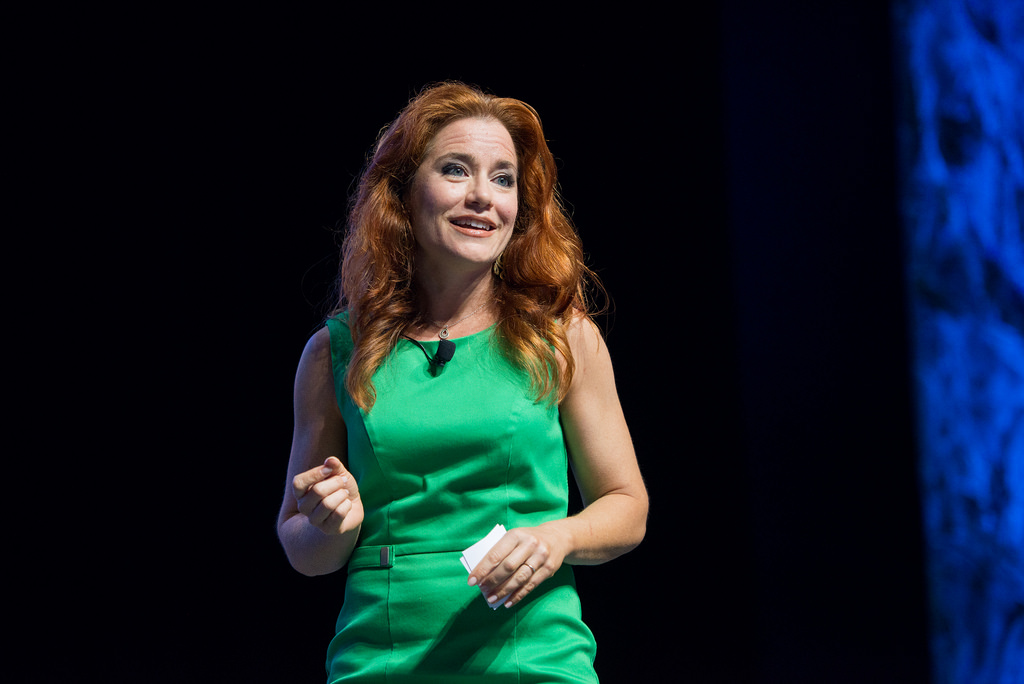 Ingrid Vanderveldt’s phone buzzed all through Monday afternoon. The messages’ common theme? “What’s going on tonight?” The texters weren’t teens hoping to score an invite to a weekend rager or young professionals searching for happy hour. They were middle-aged entrepreneurs attending the Dell Women Entrepreneurs Network event in Austin, Texas—and they wanted in on Vanderveldt’s famous post-conference party.

Vanderveldt, the first entrepreneur-in-residence at Dell, is the network’s unofficial social chair. Before she worked for Dell, Vanderveldt attended the 2011 conference in Rio de Janeiro. She headed to the bar for a nightcap and met Belle Capital managing director Lauren Flanagan. “We do scotch, that’s our thing,” says Vanderveldt.

The two got to talking about what drove them as entrepreneurs, what they wanted in their lives, and what made them happy. Nova Medical Products founder Sue Chen joined the conversation and the three closed out the bar. They headed back to Vanderveldt’s room to keep chatting – and word got out to the event’s other stragglers. The women moved the furniture onto the hotel room’s deck and some 15 “kept drinking and talking,” remembers Flanagan. “We really bonded.”

It was the beginning of a tradition. Every year since, a conference attendee (anointed by Vanderveldt and Flanagan) has hosted the word-of-mouth gathering. Loop Capital partner Kourtney Ratliff threw the party this year. “Whoever has the biggest room is where the party’s gonna end up being,” says Vanderveldt. “We just invited ourselves and said we’re coming to your room.” Flanagan adds that there’s always booze, always music, and always dancing.

Bonding is only part of the attraction, though. At the network’s event in Rio de Janeiro, Brazil, Flanagan told Vanderveldt about a company she had just invested in, electric vehicle company Current Motor. Flanagan wanted to increase manufacturing and sales, but needed help. After the conference, she asked Vanderveldt—who’s consulted Fortune 500 companies on green opportunities—to sit on the company’s advisory board. A few months later, Vanderveldt became Dell’s entrepreneur in residence; she asked Flanagan to sit on her advisory board.

Flanagan also met Maria Helena Pettersson, who at the time was a senior partner at Ernst & Young, at the Rio shindig. Pettersson’s based in Brazil and helped Flanagan launch Current Motor in the country in 2012. The two also met Ana Carolina Merighe, a Brazilian startup consultant, this year. The trio left Ratliff’s room and headed to Merighe’s room and plotted Current Motor’s next moves in Brazil until 2:30am. “We had a serious strategy discussion after a few scotches,” says Flanagan. “That’s the best bit of business I’ve done” at the Dell event.

The safe-space vibe is what makes these gatherings so successful. “It’s a more intimate environment for women to just share,” says Vanderveldt. Sweetriot founder Sarah Endline, whose chocolates have been featured on the Today Show to Vanity Fair, agrees. “It fosters creativity – to be in a casual environment.” Endline has left past parties with advisor suggestions and mountains of feedback. (What better place for a candy company to test new products than a drink-fueled hangout?) Flanagan says the hangout allows Dell Women Entrepreneur Network attendees to cut through appearances and get to really know one another. When Flanagan first saw Pettersson at the Rio conference, she was impressed by her professionalism. At the after party, she danced to samba. “I said I love this person. I want to get to know her,” says Flanagan.

Despite its exclusive vibe, Vanderveldt stresses that it’s not a Cool Girls Club. “We would love for everybody to be there.” But, alas, a hotel room cannot fit hundreds of women. So how can future attendees snag an invite? Vanderveldt and Flanagan look for delegates who are really authentic, sharing their stories and asking for help. “We’ll tell them [about the party] as we’re in conversation with them.” Or, perhaps, women who want an in should park themselves at the bar.