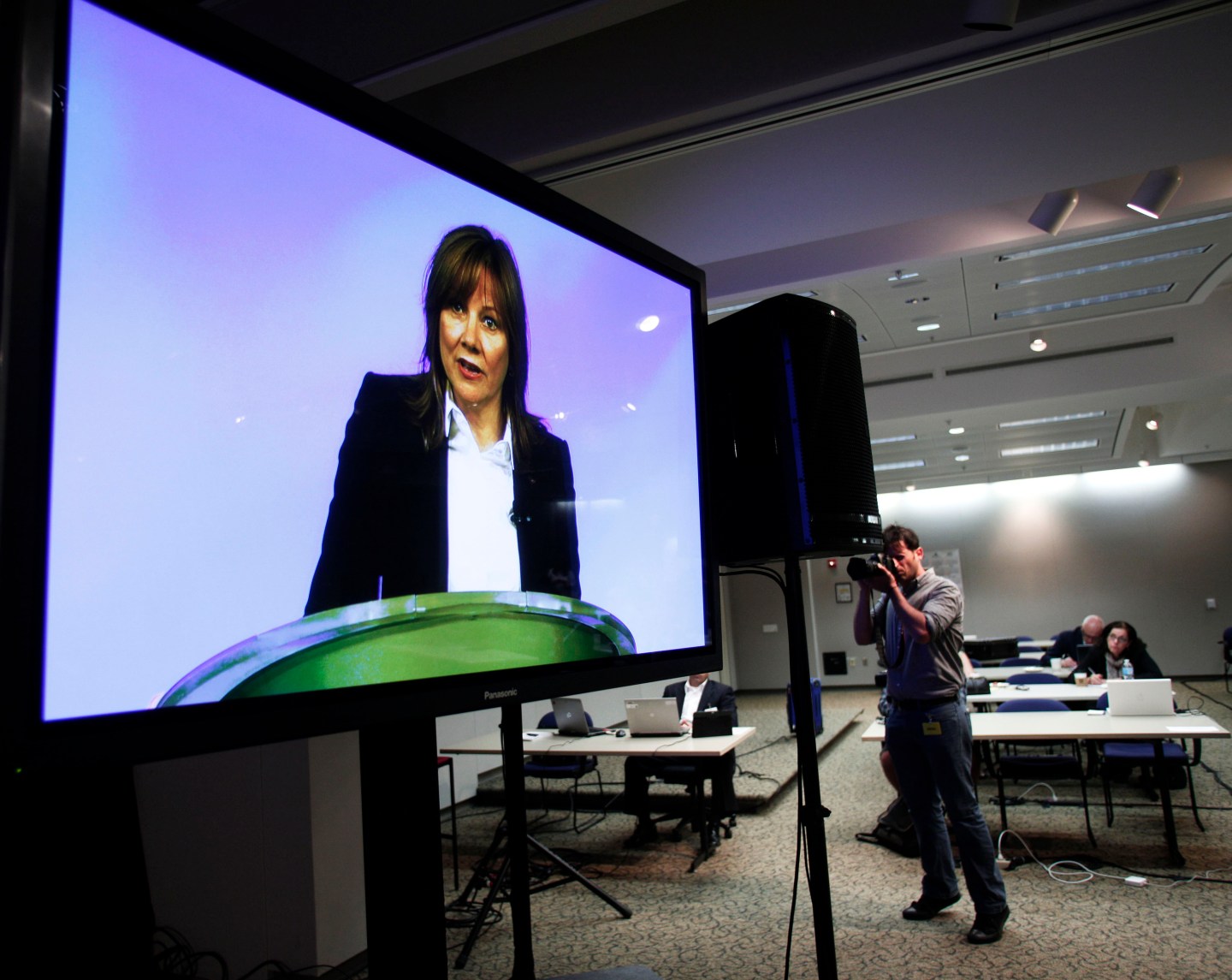 General Motors Chief Executive Officer Mary Barra is shown on a screen in the press room speaking to employees before holding a press conference on June 5, 2014 in Warren, Michigan. Barra spoke to provide an update on GM's internal investigation into the ignition switch recall at the General Motors Technical Center. (Photo by Bill Pugliano/Getty Images)
Bill Pugliano Getty Images

General Motors (GM) has fired 15 employees for misconduct or failure to act in connection with an internal probe over how the automaker acted in relation to faulty ignition switches.

In a global town hall address Thursday morning, CEO Mary Barra announced the firings as a result of former U.S. Attorney Anton Valukas’s report on just what went wrong in GM’s dealings with ignition switch problems that led to 13 deaths.

She said the report was “brutally tough and deeply troubling.” It looked at why it took the automaker over 10 years to recall cars equipped with a faulty ignition switch linked to accidents and deaths.

Barra said that some of the employees who were fired acted in ways that were outright wrong, while others simply “didn’t do enough” to deal with the problem. Barra said that five more employees were disciplined, but not fired. More than half of the 15 fired were at the executive level or higher.

Barra started the address by once again offering apologies to the victims of crashes and their families.

“I realize there are no words of mine that can ease their grief or their pain,” she said.

Barra spared no word of criticism for her company and its leadership, saying at one point that “we simply didn’t do our job” and that GM had “failed” its customers.

She noted that the report found “no conspiracy by the corporation to cover up facts,” and that “no employee made a tradeoff between safety and costs.”

Had information been passed on in a more clear way, or if employees had taken more direct action to make sure the ignition switch problem was brought to the upper echelon of the company, Barra said the situation would have turned out differently.

“If this information had been disclosed, and I believe this in my heart, the company would have dealt with this situation differently and appropriately,” she said.

Barra reiterated that GM is planning to create a compensation program, though she didn’t put a dollar amount on how much would be involved. She also intimated that only those who lost a loved one, or were injured in a crash, would be eligible for compensation, not those who have seen their cars depreciate in value as a result of the scandal.

Much was made in the press conference about the fact that only those who were in the front seat at the time of the crash are considered victims of the ignition switch problem, but Barra declined to go into detail on this.

In a research note, Barclays said the report is a good start toward accelerating culture change at GM, but added that the $2.5 billion estimated cost to GM as a result of the recall and potential legal action was too conservative.