Stop worrying and learn to love those low interest rates 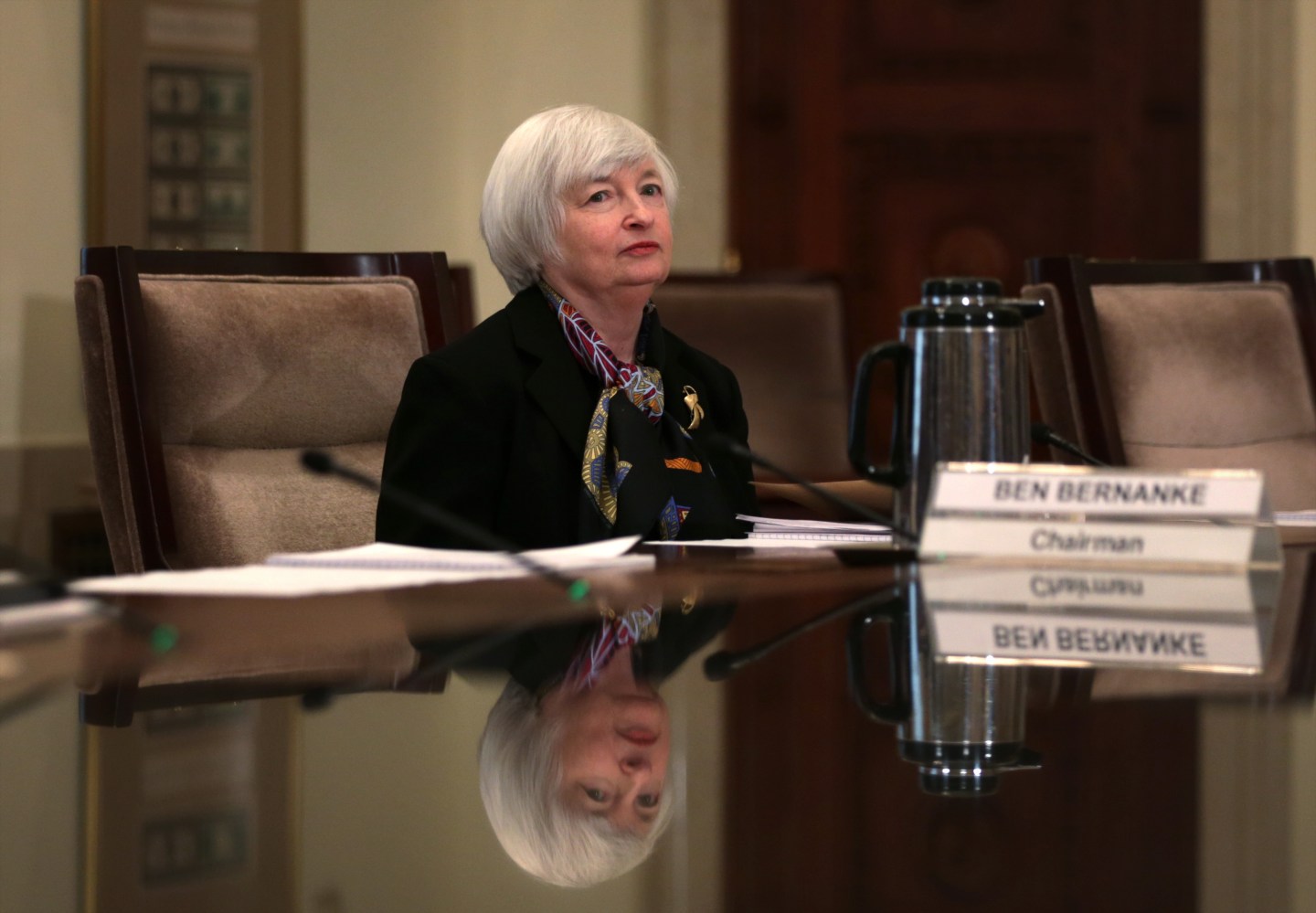 The Federal Reserve is experiencing a bit of a crisis of self-confidence.

At least that’s the conclusion one could draw from Tuesday’s Wall Street Journal. According to the Journal:

“The Dow Jones Industrial Average, up a steady if unspectacular 1% since the beginning of the year, has consolidated big gains registered last year. The VIX, a measure of expected stock-market fluctuations based on options trading, has gone 74 straight weeks below its long-run average—a string of steadiness not seen since 2006 and 2007, before the financial crisis and recession. Moreover, the extra return that bond investors demand on investment-grade corporate debt over low-risk Treasury bonds, at one percentage point, hasn’t been this low since July 2007. The lower this “spread,” the less risk-averse are bond investors. The Fed’s growing worry—which could influence future interest rate decisions—is that if investors start taking undue risk it could lead to economic turbulence down the road.”

The article quotes several Fed officials who are worried about low rates and low volatility leading to excessive risk taking. The problem is, of course, that the whole point of Fed stimulus is to lower interest rates and therefore make attractive risks that otherwise wouldn’t be.

There’s no shortage of evidence that people making decisions at the Fed are less concerned about financial stability than economic growth. Janet Yellen, in her first major speech on monetary policy as Fed Chair in April, spoke of the three big challenges for the Fed going forward without even mentioning financial stability or bubbles.

When questioned about financial stability by Congress in February, Yellen said that the Fed is paying close attention to the issue but said she saw no reason to take her foot off the monetary pedal for fear that it would hamper the still-recovering job market. Keep in mind that there is no real evidence that the Fed is even capable of recognizing and thwarting financial bubbles before the fact, and the literature is mixed even on the issue of whether loose monetary policy is a main factor in creating bubbles.

Another point to consider is that both the Fed and Wall Street could be failing to recognize the “new normal” in interest rates, a result of diminishing potential economic growth and an aging society. Paul Krugman recently argued that a quickly aging workforce in Japan helped lead to perpetually low interest rates there.

What appears to be happening is that Wall Street, and some members of the Fed, is confused that the stock market and interest rates are heading in opposite directions even as the Fed starts to taper its purchases of government debt and mortgage-backed securities. After all, it’s conventional finance wisdom that an improving economy will result in a steepening yield curve and eventually higher interest rates. That’s certainly the view that money managers are taking, as the chart below from Arbor Research shows them ditching Treasuries more enthusiastically than at any time since the financial crisis.

But economists inside the Fed have long stressed that just because the Fed is slowing its bond purchases, that doesn’t mean the stock of bonds it has already purchased won’t continue to put downward pressure on rates. The fact that the bond and stock markets are behaving just as the Fed had always wanted them to is not a reason for the Fed to reverse course or for market participants to scratch their heads in confusion. Low rates could, in other words, be here to stay.