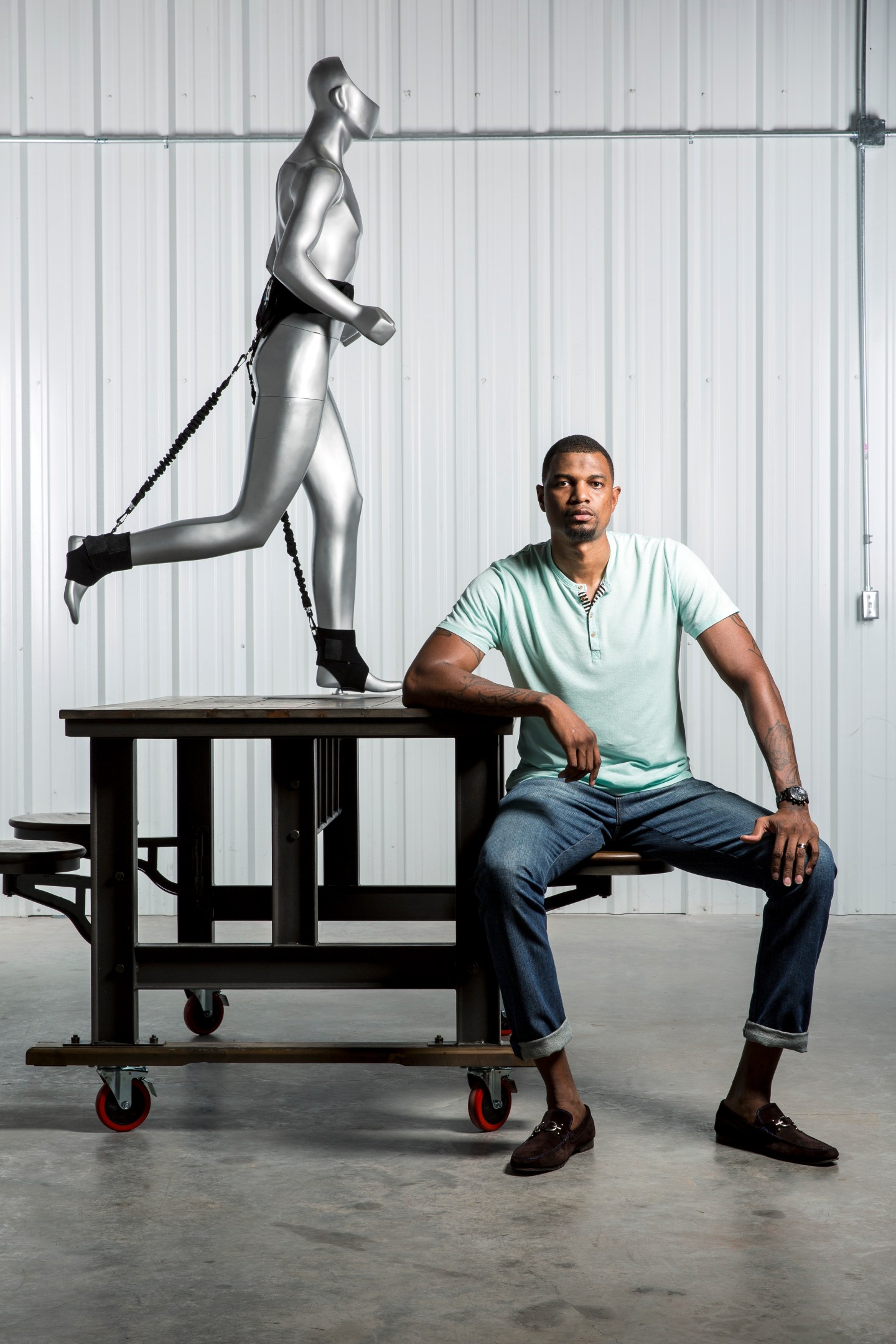 Fifteen years ago Jonathan Bender was basketball’s hottest product, a 6-foot-11, 202-pound action figure with an explosive perimeter game that no right-minded GM could afford to pass up. An early edition Durantula. Well, that was the hype, at least.

There was cause for it. In his first game as a pro in 2000, playing for the Indiana Pacers, Bender was as good as advertised, dropping 10 points — a high-water mark for a high schooler in his NBA debut. But there was one overlooked design flaw in the Pacers’ prized prospect: Bender had chronically bad knees. Halfway through his fourth season — and just months after signing a four-year, $28 million contract — he had arthroscopic surgery on his left knee to repair a degenerative condition. The procedure seemed only to make his joints worse. He played just 30 more games before limping out of the NBA in the ’06 season. At just 25 years old.

Bender, now 33, says he knew early on he couldn’t last and didn’t want to spend the balance of whatever playing career he had left confined to a rehab room. He preferred to be like Pacers owner Mel Simon, a strip-mall magnate who seemed to make money while he slept. Bender’s fascination with his boss ran so deep, in fact, that he often drove to Simon’s house uninvited in search of the secret to his success — as if it might be lying at the front gate next to the Indianapolis Star.

Throughout his NBA career, Bender had promoted concerts, started a record label, bought real estate — “tried everything big,” he says. Most of the ventures lost money.

Then one afternoon, while at a public park in Houston, he hit on an idea for a contraption that could improve the way people walked. “Literally in about five minutes, I had the whole thing put together, with duct tape and some cables and ankle weights from the corner pharmacy,” he says. His invention looked like a weightlifting belt with a pair of resistance bands (intended to strengthen the muscles around the lower joints) dangling from the bottom. “I tried the device on, and it worked exactly like I imagined. That’s when I told myself, ‘If I can create a product that helps me, I know it’ll help everyone else.’ ”

He spent two years testing a prototype on friends before taking it to researchers at Purdue University. Then Bender trained with it himself for a year. By the end, his knees were strong — strong enough for the NBA, even. Donnie Walsh, the Knicks’ GM and the same man who’d snatched him years before for the Pacers, was so impressed with Bender’s recovery he signed him midway through the 2009-10 season. His numbers on the court were solid, but his stats in the training room blew the Knicks doctors away; Bender had the most lower-body power on the team.

Walsh offered him a chance to return the next season, but Bender declined. “It just felt like I’d be going backward,” he says. Instead, he invested the time in finding a Chinese manufacturer and researching distribution channels. In July 2013, his creation — the JB Intensive Trainer — hit the market. He set a goal of doing $500,000 in sales in his rookie year, and quickly passed that on the strength of partnerships with Relax the Back and an affiliate network (think Mary Kay). Order fulfillment and customer service are handled by third parties. Bender won’t say whether his company is profitable, but says sales are growing 40% month-over-month.

The most satisfying part, he says, is not to feel like a product anymore. He’s something new and improved — his own brand.