The top technology in the Fortune 500 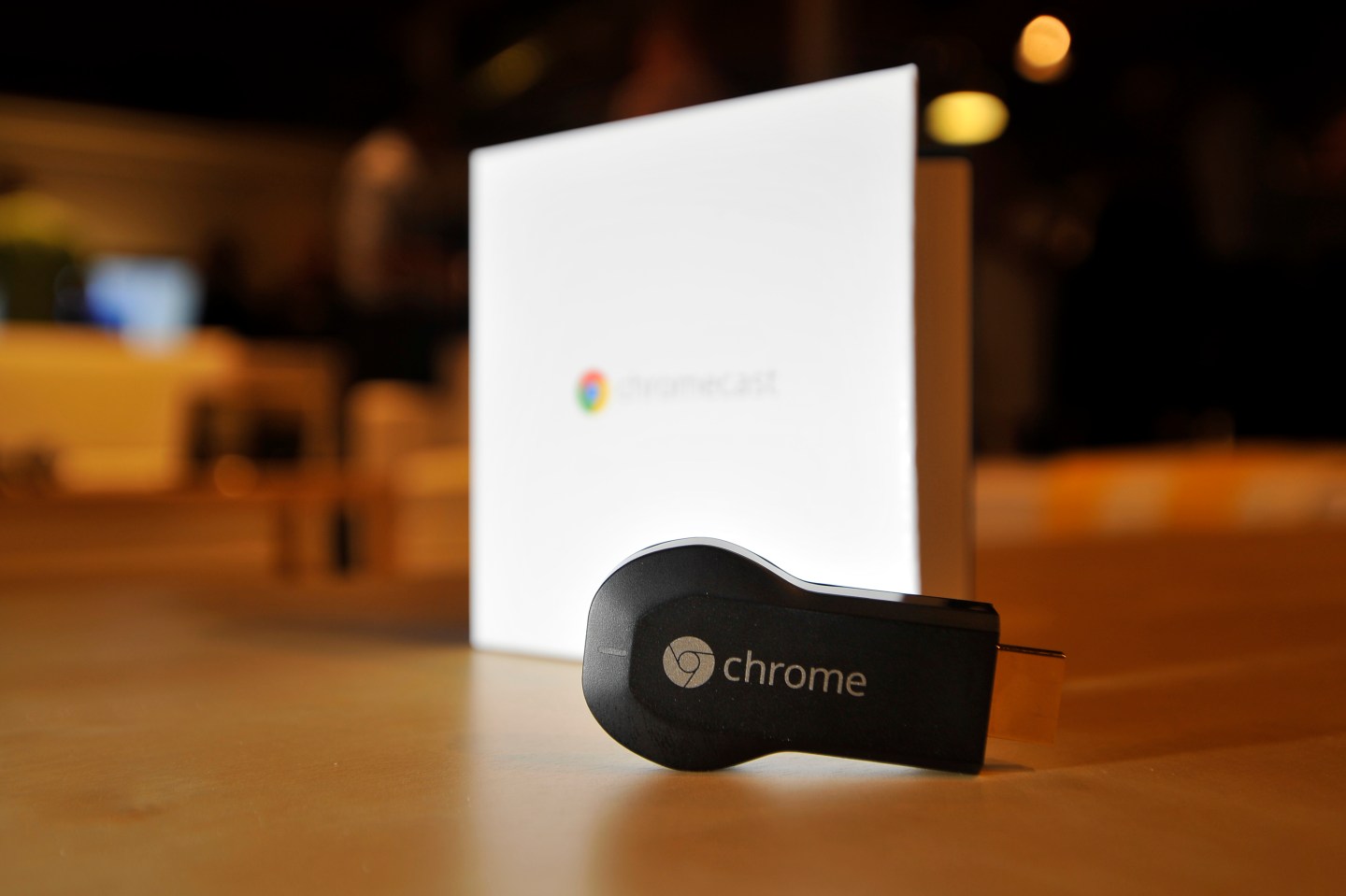 The new Google Chromecast is arranged on a table at a media event at Dogpatch Studios on July 24, 2013 in San Francisco, California. AFP Photo/JOSH EDELSON (Photo credit should read Josh Edelson/AFP/Getty Images)

Sometimes, good things do come in small packages, as is the case of the 2014 Ford Fiesta, a nimble, surprisingly spacious subcompact car that starts at a little over $15,000. The vehicle comes with a 120-horsepower, three-cylinder engine with solid gas mileage (27 mpg in the city, 38 mpg on the highway) and offers an optional 197-horsepower, four-cylinder engine for a downright zippy driving experience. It’s a strong contender for the company: Fiesta sales spiked 25% in 2013 with 71,000 cars sold, an annual sales record.

The longer mobile devices can go on a single charge, the better. Which is why Intel’s Haswell processors are so impressive. Instead of beefing up raw computing power, Intel focused on optimizing battery life. Haswell promises 50% more time in-between charges, a claim it demonstrates in many newer laptops. Including Apple’s popular MacBook Air: Haswell enables “all-day” use, from 9 hours for the 11-inch model to 12 hours for the 13-inch version.

One thing today’s road warriors crave most? Steady, constant online access. But with just 40% of U.S. flights offering Internet connectivity, airlines still have a long way to go. JetBlue’s in-flight initiative is one of the more promising. Last December, the airline launched its Fly-Fi service, promising “at-home” broadband performance, or eight times the speed of competing services. Today, Fly-Fi is available on just over 40 planes, but JetBlue aims to have its entire fleet Internet-ready by 2015.

In nine years, Amazon has transformed its loyalty rewards program from an expedited shipping service to an e-commerce tour de force. For $99, the loyalty rewards program nets users a basket of virtual goodies including two-day shipping, 500,000 e-book rentals, 400,000 movies, and TV episodes to stream. Amazon introduced Prime Pantry this April, a shopping program aimed at grocery shoppers that lets Prime members buy 45 lbs. of household items – in “everyday sizes,” not bulk – for an additional flat fee of $6. The same month, it also trumped Netflix with new a content distribution deal with HBO, making select HBO programming like The Sopranos and Six Feet Under available to watch on Prime Instant Video.

Released last summer, Google’s so-called dongle connects to the TV via HDMI, offering a simple and fast solution for streaming high-quality video from services like Netflix, Hulu Plus, HBO GO, and YouTube. The device also supports “mirroring,” which allows you to display content from Google’s Chrome browser on any compatible TV. While other devices from Roku and Apple serve up comparable – and in some case, richer – features, none do so for a scant $35.

With more than 1.2 billion users, it’s fair to say that the social network is sitting on a wealth of data. Last summer, Facebook rolled out Graph Search, a search engine that promises such granularity that users can one day receive answers to typed queries like, “comments about Downton Abbey by my friends” or “restaurants my friends ate at last month.” When that happens is anyone’s guess: CEO Mark Zuckerberg said that rolling out Graph Search could be a five-year process.

If same-day shipping were a race, eBay would be a close second behind Amazon. But where Jeff Bezos’s plan involves building out expensive, new distribution centers, eBay takes a different tack, relying on the existing infrastructure of messengers and retailers. The e-commerce company launched eBay Now in late 2012 so users could buy and receive goods from 30-plus businesses such as Target, Bloomingdale’s and Home Depot in two hours or less. Up next: Availability in 25 U.S. markets by the end of 2014.