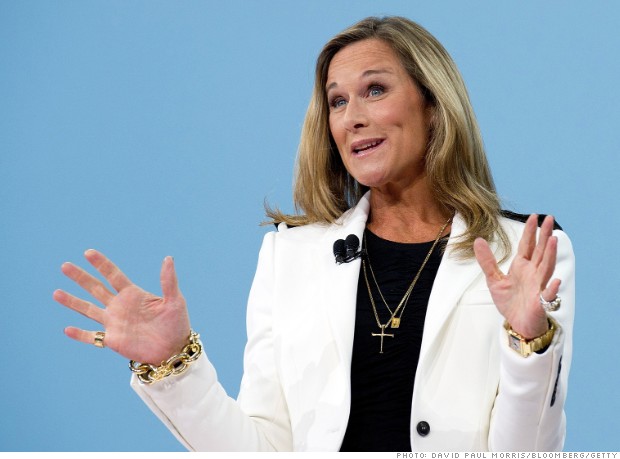 Even though Amazon has famously never turned a profit, the company’s stock price continues to hit record highs. It’s among the 20 most valuable companies in the U.S. because investors believe in Bezos’ vision. Amazon intends to dominate every market it enters: delivery and logistics, thanks to its splashy early plans for drone delivery, to the living room, courtesy of the new Amazon Fire TV box, which aims to take on Roku, Google Chromecast, and Apple TV.

Nadella’s vision for a “new Microsoft” has little to do with the legacy platforms that have kept the conglomerate chugging along for the last decade. Rather, Nadella envisions Microsoft as a services business which runs on data analytics, mobile devices, and cloud computing. In order to imbue his workforce of 100,000 with the spark of innovation, he’s recasting the $327 billion company as an underdog. Since taking the helm in February, Nadella has made a number of announcements, and has even made Windows software free on smartphones and some tablets -- showing that Microsoft isn’t afraid to take a short-term financial hit on the way to long-term innovation.

Micron Technology’s stock outperformed just about every other tech stock in 2013, rising by 212% in the calendar year. Growth for the 30-year-old company, which computer memory chips, has consistently outpaced competitors. Last year, CEO Mark Durcan led Micron through a $2.5 billion buyout of bankrupt Japanese competitor Elpida, doubling the company’s market share to 24 percent, and positioning it as a strong competitor to Samsung.

Page has become synonymous with the term “moonshot,” or solving big, radical problems. In 2013, he showed just how big and radical Google’s moonshots could be, using funds from the company’s money-printing search advertising business to invest in innovations seemingly pulled from the pages of science fiction: Robots, drones, self-driving cars, wearable computing, and contact lenses that monitor a diabetic’s glucose levels. And don’t forget Project Loon, Google’s giant internet service balloons, or Calico, the company’s project to fight aging and fend off death.

Comstock’s efforts to change GE’s image from a giant, faceless corporation to an innovator in health care, product development, and energy are paying off, especially in the world of startups. For example, Comstock sits on the board of Quirky, a startup that has partnered with GE to promote patent reform and bring new inventions to market. It helps that she’s writing checks, too: Comstock oversees GE Ventures, which has backed dozens of companies in energy, healthcare, manufacturing, and software.

Iger’s legacy at Disney will always include his plays for intellectual property: He bought Pixar, Marvel Entertainment, and Lucasfilm. But in 2013, he made a bold play for digital-first content, paying almost $1 billion for Maker Studios, a multi-channel network which runs a number of popular YouTube channels. Beyond his M&A efforts, Iger will be personally involved in Disney’s new startup accelerator, which will seek to infuse the organization with an entrepreneurial spirit.

Facebook’s acquisitions are becoming the stuff of legend, and it’s all Zuckerberg’s doing. In the last year, the social network has acquired a handful of companies, most of them small acqui-hire deals. But the big deals -- $19 billion for WhatsApp and $2 billion for Oculus VR -- have shown just how big Zuckerberg is thinking. With Instagram’s success under Facebook’s ownership (the app crossed 200 million users last quarter), Zuckerberg has proven there’s a method to his acquisition madness. He’s also pushed in-house innovation, unbundling Facebook’s mobile app by launching Paper, a separate app for content, and Messenger, a messaging app which has crossed 200 million users. Wall Street has responded to Facebook’s bold deals and curious product launches with trust: The company’s stock rose 89% in the 2013.

Last year, Apple poached Ahrendts from Burberry, where she’d been CEO for eight years. Under her tenure, Burberry transitioned from a sleepy brand known for rain gear to a digital innovator that’s among the top five largest luxury brands in the world. She’s known for creating a culture of innovation at Burberry, even as the rest of the luxury industry remains cautious about digital. Ahrendts will be tasked with revitalizing Apple’s retail business and integrating its online commerce business with its stores. (Previously, they were separate.) She’ll also be key to Apple’s retail expansion into China, a region with which she’s very familiar: Burberry has more than 70 stores there.