Why the MBA has become the most popular master’s degree in the U.S. 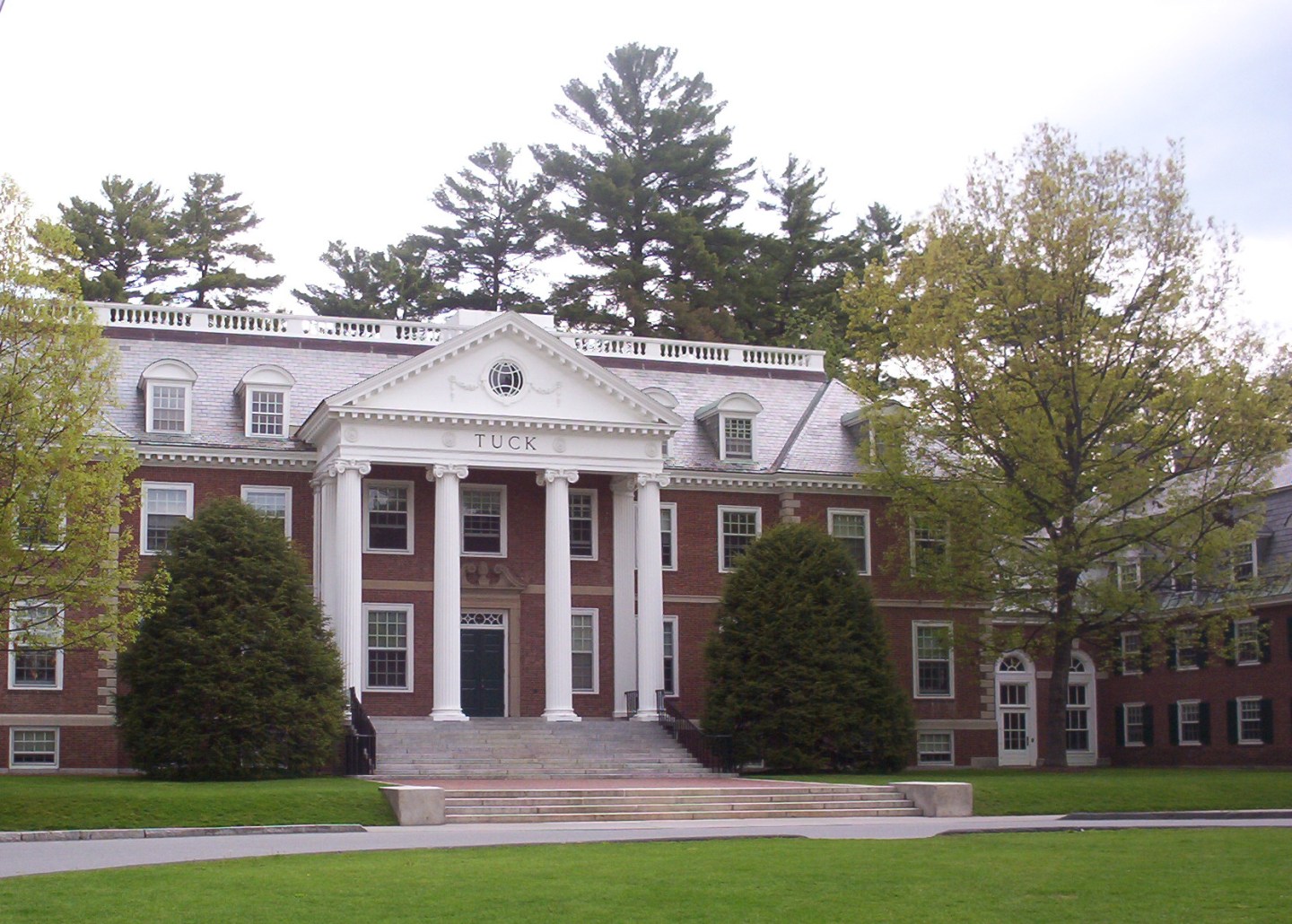 (Poets&Quants) — The MBA was born at Dartmouth College’s Tuck School 114 years ago with a four-student class. Today, there are hundreds of thousands of MBA students a year earning degrees at thousands of institutions worldwide.

More than that, for the first time ever, the MBA has become the most popular postgraduate degree in the U.S., according to figures from the U.S. Department of Education.

Through most of the modern era, a master’s in education had long been the dominant degree, in part because some states require it to teach. Indeed, back in 1970-71, business master’s degrees accounted for just 11.2% of all postgraduate degrees, while education dominated with 37.2%. In those days, even advanced degrees in the humanities, which had 14.6% of the market for master’s degrees, exceeded those in business.

The remarkable growth of the MBA—largely due to its widespread acceptance by employers and the almost assured return-on-investment of the degree—has been fairly steady during the past half century, making the degree the most successful educational product of the past 50 to 100 years.

How come? Srilata Zaheer, dean of the Carlson School of Management at the University of Minnesota, has seen the transformative power of the degree first hand. “A business degree remains one of the most predictable paths to success and financial stability and can provide the proverbial leg up from relative poverty to great accomplishment and wealth,” she maintains. “In uncertain times, such as we have had since 2008, it tends to draw more students who make this connection. We have any number of alumni from our MBA programs who have come from small towns, modest backgrounds, often the first generation in college, going on to become immensely successful entrepreneurs and leaders of global firms.”

She cites John Stumpf, chairman and CEO of Wells Fargo (WFC) as an example. “He grew up in a farm family of 11 children in Pierz, Minnesota, sharing a bedroom with his brothers, and being the first in his family to go to college,” she recalls.

Paul Danos, who, as dean of Dartmouth College’s Tuck School of Business, is the longest serving leader of a major B-school, believes that business schools have grown as much as they have because they have adapted to the changing needs of the companies and organizations that hire MBAs.

“Businesses have grown enormously in complexity and scope, and more than ever, they need ethical, skilled, well-educated, creative leaders who are global in outlook,” says Danos. “Business education in general and the great MBA programs in particular have adapted as these demands have grown, perhaps better than any other form of advanced education.”

The biggest gains for the degree occurred in the 10 years from 1975 to 1985, when master’s in business grew to 22.5% of the total from 13.4%. As far back as 1975, the MBA blew past both law and medical degrees in the U.S. But it was only three years ago, in 2010-2011, that business edged out education as the most popular advanced degree. The numbers for business are largely made up of MBAs but they also include specialized business master’s programs, including master’s of finance and accounting.

The popularity of the MBA has also grown as far more people in the U.S. earn postgraduate degrees. The Department of Education statistics show that advanced degrees today are as common as bachelor’s degrees were in the 1960s. More than 16 million people in the U.S., roughly 8% of the country’s population, now has a master’s on his or her resume, a 43% increase since 2002.

The investment people are making in higher education, and especially the MBA degree, is driven by a belief that it will pay off, despite the loans taken out to finance the degree. A Brookings Institution report in 2011 found that higher education is a much better investment than almost any other alternative, even for the classes that graduated during the Great Recession.

A college degree dramatically boosts the odds of finding a job and making more money. On average, Brookings found, the benefits of a four-year college degree are equivalent to an investment that returns 15.2% per year. “This is more than double the the average return to stock market investments since 1950, and more than five times the returns of corporate bonds, gold, long-term government bonds, or home ownership. From any investment perspective, college is a great deal,” according to Brookings.

The graduate degree can deliver an even greater return. A recent study by the Urban Institute showed that the earnings premium for graduate degrees is sizable and growing. In 2002, average earnings for full-time workers ages 35-44 with master’s degrees were 8% higher than those for similar workers whose highest degree was a bachelor’s. By 2012, that difference was 21%.

There are less tangible benefits as well. Robert Bruner, dean of the University of Virginia’s Darden School of Business, notes that having an advanced degree leads to greater career flexibility, a better quality of life, increased prospects for social mobility, and significantly reduced odds of unemployment.

“Higher education simply prepares one to function more effectively in the face of life’s uncertainties,” believes Bruner. “Education provides a valuable hidden option that helps to act as a shock absorber, like an insurance policy, against the episodic employment shocks that business cycles impose.”

The MBA has helped many move into careers that have allowed them to follow their passions. “An advanced business degree can be transformative for career changers, and as we see more returning veterans, for example, who need to learn the language of business, the MBA, especially one that focuses on experiential learning, can facilitate these transitions,” says Zaheer of the Carlson School.

Of course, there are no guarantees that an advanced degree, even an MBA, can work magic on everyone. Harvard and Wharton MBA graduates can and do lose their jobs. Stanford MBAs create entrepreneurial ventures that go bust. And the payback from the degree, while high, has fallen from the glory days of the 1980s and 1990s. But in general, all the research shows that the degree is well worth it, that people who go to business school are more than satisfied with the experience.

Surveys of alumni consistently affirm the value of the degree. The latest look at MBA alumni by the Graduate Management Admission Council shows that nine in 10 (91%) recent business school alumni from 2010–2013 consider their graduate management education a good to outstanding value. Sixty-six percent of alumni agree their education was financially rewarding. And a quarter (26%) of alumni report their expectations for recouping their financial investment were exceeded while 53% say their expectations for return on their investment (ROI) were met.

What’s even more surprising about these results is that they do not include MBA alumni who are likely to be among the most satisfied with the degree. Most of the alumni from the best business schools in the world aren’t included in the study. By and large, there’s no alumni from Harvard, Stanford, or Wharton. None from Chicago Booth, Northwestern University’s Kellogg School of Management, MIT Sloan, Columbia Business School, or Dartmouth’s Tuck School of Business. For whatever reason, those schools and many more decided not to participate in the latest research. In fact, alumni from only three business schools—Virginia, Carnegie Mellon, and Indiana University—of the Top 20 in the U.S. were included in the survey.

While many college administrators worry about the impact of technology on higher education and several business schools have seen demand for the full-time, two-year MBA program flatten in recent years, deans at the most prominent schools believe the degree’s future remains bright.

“I believe that full-time MBA programs are the best vehicles by which young people can develop the leadership qualities that allow them to meet the monumental challenges of tomorrow’s business environment,” says Danos of Tuck. “The world needs well-educated and mature young people who are prepared to lead in the burgeoning firms that are growing with the world economies.”

Sally Blount, dean of Northwestern University’s Kellogg School of Management, agrees. In an recent essay entitled, “Yes, The World Needs More MBAs,” she argues that the increasing complexity of the world’s problems requires leaders with abilities that an MBA can provide. “Clearly, you can have a rewarding life and career without an MBA,” Blount concedes. “And you can certainly become rich and powerful without one, as Bill Gates, Jeff Bezos, Richard Branson, and Amancio Ortega can testify. But when you’re creating the next Google or Apple, you’re going to need people with the training, skills, and network that business education is uniquely good at providing. There’s a reason all of those companies hire people with MBAs.”

Given the profound social challenges facing the country and the world, the demand for well-trained professionals can only increase. “The inability of government to address fundamental social issues only enhances the need for the private sector to step in,” she adds. “We will need leaders who can hold government accountable for managing public resources and protecting the public trust—and who can leverage the power of markets to create lasting social value.

“Intelligent, highly driven individuals will reinvent markets, fuel growth, and work across sectors to build strong, transformative organizations,” writes Blount. “But markets or governments won’t do this on their own; the incentives just aren’t there. That’s why the world needs more, not less, business education. It depends on it.”