The fracking hangover in the heart of oil and gas country 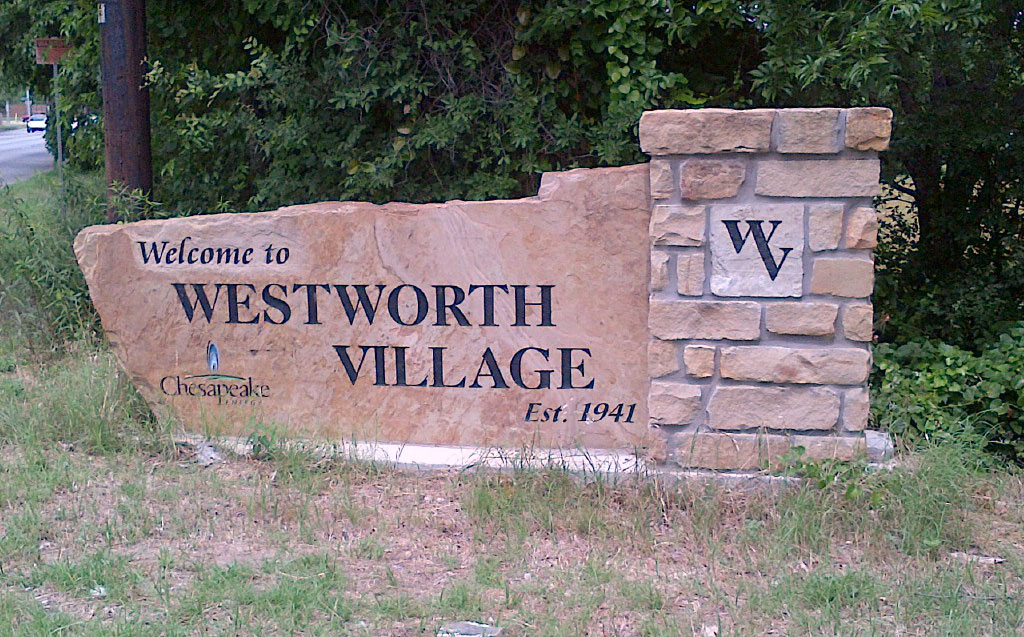 In the great shale-drilling frenzy that spread fracking across America, Fort Worth, Texas—located at the center of the 5,000-square-mile Barnett Shale natural-gas field—was ground zero.

The drilling boom has moved on now—first to Arkansas (Fayetteville Shale) and Louisiana (Haynesville Shale), then Pennsylvania, West Virginia, Ohio, and New York (Marcellus Shale and Utica Shale). More recently, the excitement has centered on shale fields that produce crude oil, which is far more lucrative, such as the Bakken Shale in North Dakota and the Eagle Ford in South Texas.

It’s now a decade since the boom began, and that makes it a fit moment to look back at what started in Fort Worth—and to see what it left behind. Like any economic mania, it came and went fast. In December 2004, drilling leases in North Texas brought a signing bonus of $500 an acre, plus a percentage of drilling royalties; four years later, bonuses topped $30,000. Today, any landowner signing a new lease gets a bonus of about $5,000 an acre. (I have some first-hand experience: I live in Fort Worth and in 2011, my wife and I signed a lease with Chesapeake Energy (CHK) for drilling rights on the one-third acre of land under our home. We received a signing bonus of $1,239. Our most recent monthly royalty check was for $51.54.)

At the peak, in 2008, there were about 200 active drilling rigs in the Barnett Shale, seeking to tap into new gas-production sites. Today, there are 22, according to RigData.

With 17,546 existing wells steadily producing less over their natural lifespan, the Barnett now yields about 4.9 billion cubic feet of natural gas a day—a drop of more than 20% from its 2011 peak, according to Gene Powell, publisher of the Powell Shale Digest, an online industry newsletter. Barnett gas production will continue for decades—and could rise again if a big jump in volatile natural gas prices (now about $4.55 per million BTU) makes new drilling more profitable. In the meantime, the fracking boom has created thousands of local jobs, and cushioned the area’s pain since the 2008 recession. Fort Worth’s unemployment rate remains well below the national average.

For a time, euphoria prevailed, amid talk of a vast new clean energy source that would move America toward independence from foreign oil and generate a local economic windfall. After drillers launched a bidding war to snatch up local drilling acreage, industry experts proclaimed the dawn of “a golden age” for natural gas. “Barnett Shale properties are like the beautiful woman at the prom,” one company PR man told the Fort Worth Star-Telegram in 2005. “Everybody wants to dance with her.”

And no one put the moves on Fort Worth quite like Oklahoma City’s Chesapeake Energy, led by then-CEO Aubrey McClendon. (Through a spokesman, Chesapeake declined to comment for this story.)

Vying for favor—and acreage—with XTO Energy, a Fort Worth homeboy, and other companies, Chesapeake lavished all manner of blandishments to win the locals’ hearts and minds: $100,000 toward a memorial for police and firefighters; $1 million to help build a new building for the city’s science and history museum (four other drillers chipped in $1 million apiece); $1 million to the YMCA to create the “Barnett Shale Endowment Fund.” The Oklahoma company helped underwrite Fort Worth’s biggest holiday event, rebranded the “Chesapeake Energy Parade of Lights.” In nearby Westworth Village (population 2,300), Chesapeake celebrated its drilling deal by providing three new elegant city-limits signs carved into giant stone slabs—with Chesapeake’s full-color logo etched in a corner of each.

Meanwhile Barnett Shale propaganda was everywhere. Chesapeake promoted the economic benefits of drilling with an ad campaign featuring actor Tommy Lee Jones. It produced a 30-minute infomercial called “Citizens of the Shale” and bought time to run it on local stations. It planned a regular TV broadcast—called “shale.tv”—to be hosted by a retired local anchorman. It joined with ten other energy companies to form the Barnett Shale Energy Education Council, and hired a veteran industry economist to conduct local “outreach” programs.

On a drilling site next to a busy shopping mall in suburban Grapevine, the company erected the “Chesapeake Learning Center,” where visitors could go on self-guided tours to watch natural gas operations up close. (“Local families will benefit from multiple wells drilled on this site,” explained one sign.) What was soon dubbed “fracking tourism” led the local mayor to gush that it was a “one-of-a-kind attraction.”

In 2008, with gas prices briefly over $10, Chesapeake spent $104 million to buy a flashy 20-story office building in Fort Worth for its regional headquarters.

In drilling-friendly Texas, all this—and the lure of money for nothing—overwhelmed the few cautionary voices. Other cities would remain wary about the sights, smells, and sounds of urban drilling, which requires rigs, pipelines, noisy machinery, and heavy trucks. Even after the rigs go elsewhere, producing the gas requires wellhead equipment, storage tanks, and (often) a compressor, on a fenced or walled industrial site of three to five acres; heavy trucks come and go to haul off drilling wastes. That’s hard to ignore in a residential neighborhood. Pittsburgh would later ban drilling inside its city limits altogether.

But Fort Worth, led by an oilman-mayor—and a citizenry thrilled with the prospect of a leasing windfall—imposed only modest restrictions. Soon there were rigs everywhere: near parks and country clubs; in leafy residential neighborhoods; in downtown Fort Worth (considered a “sweet spot” in the Barnett field); even on the grounds of a local cemetery.

Everyone with a piece of land, it seemed, was signing leasing deals, including the city of Fort Worth itself. The Fort Worth Star-Telegram sold rights to drill under its printing plant. Dallas-Fort Worth Airport received a $186 million signing bonus from Chesapeake; airport officials and McClendon toasted the deal with champagne.

Then, suddenly, the boom was over. Even as natural gas production soared and gas prices plunged, energy companies had kept bidding to sign new leases, driving some signing-bonus offers for neighborhood drilling rights over $30,000. One umbrella group of 28 southwest Fort Worth neighborhood associations, representing about 50,000 properties, had painstakingly negotiated a group deal with Colorado-based Vantage Energy, which agreed to pay a bonus of $27,500 an acre, abide by tough drilling restrictions, and donate $500,000 for area projects. Residents of the different neighborhoods would each have a turn to sign a lease during separate meetings that were expected to continue for months at a local Baptist church.

Instead, on Oct. 14, 2008, with only a fifth of the leases signed, Vantage’s CEO summoned three top neighborhood leaders to a downtown office to tell them that day’s signing meeting—already underway—would be the last. The $500,000 charitable donation was also off the table. All this was to be kept secret until Vantage officially announced its action the next day, recalls Tolli Thomas, the neighborhoods’ lead negotiator.

Instead, word quickly leaked out, and more than 1,000 frantic people rushed to the church, hoping to sign leases and collect on the offer, knowing the deal was about to be called off. But many of their leases hadn’t even been prepared. “We were trying to help pull files and get as many people signed up as possible,” says Thomas. As time ran short and the crowd grew angry, cursing and pushing and shoving in line, police were summoned. “There was panic in the air,” she says. The event was shut down around midnight. (In an “open letter” to area residents apologizing for “any inconvenience,” Vantage CEO Roger Biemans said his company would honor all executed agreements, but would sign no more leases under the negotiated terms due to “market turmoil” and “the drastic drop in natural gas prices.” Any future leases, he added, would need to “more accurately reflect current and expected oil and gas fundamental economics.”)

Chesapeake, XTO, and the other drillers also yanked big bonus deals off the table. The new high-end offer (from the few companies still signing leases): $5,000 an acre. Angry residents who were shut out by Vantage, Chesapeake, and other companies filed dozens of suits against the drillers, seeking to force them to honor the original deals for them, too. But the litigation was unsuccessful.

Homeowners who had signed leases were also disappointed to discover that drilling would provide only a modest ongoing windfall—for owners of an average residential lot, perhaps $25 to $50 a month. Several prominent landowners—including the city of Fort Worth, the school district, DFW Airport, billionaire Ed Bass, and the Star-Telegram—sued Chesapeake, accusing it of shorting them. (In 2012, Chesapeake paid $5.3 million in back royalties to settle with the airport. It continues to contest other cases, insisting it has paid what it owed in each instance.)

Meanwhile, a state transportation official announced that repairing road damage throughout Texas caused by heavy drilling-industry trucks would cost as much as $2 billion. Residents have complained of groundwater pollution and contaminated air. (The industry has said there is no proof that drilling caused pollution problems.)

On May 23, a local jury awarded $20,000 in damages to one Fort Worth man who filed suit against Chesapeake complaining that a well site behind his home was a nuisance. Other similar suits are pending.

And finally there are the earthquakes—dozens of small localized rattlers that have frightened residents. Experts have linked them to disposal wells used to inject liquid fracking wastes deep underground. Although energy companies and state officials say there’s no firm proof of what causes the quakes, a string of temblors at Dallas-Forth Worth Airport lasting through 2009 ended after two disposal wells were shut down. An ongoing string of quakes near disposal wells northwest of Fort Worth remains under study.

Chesapeake is far less visible around Fort Worth these days. It has sold off much of its Barnett acreage, cut back its local staff, and, in 2012, put its 20-story regional headquarters building—purchased just four years earlier—on the block. (It still hasn’t sold.) The company’s highly visible CEO, McClendon, announced his resignation in January 2013, amid big losses from the company’s huge bet on natural gas—then at near-record-low prices—and revelations about his sweetheart deals with the company. And Chesapeake has receded from the press. In 2008, Chesapeake was the subject of almost daily mentions in the Star-Telegram—309 in all. So far in 2014, it has been mentioned only 21 times. The company’s now down to just two Barnett Shale drilling rigs.

Chesapeake also no longer has its brand on the big downtown Fort Worth holiday festival of lights. For 2014, that event will be sponsored by XTO (now owned by ExxonMobil) instead.