The next big tech hub is in… Miami? 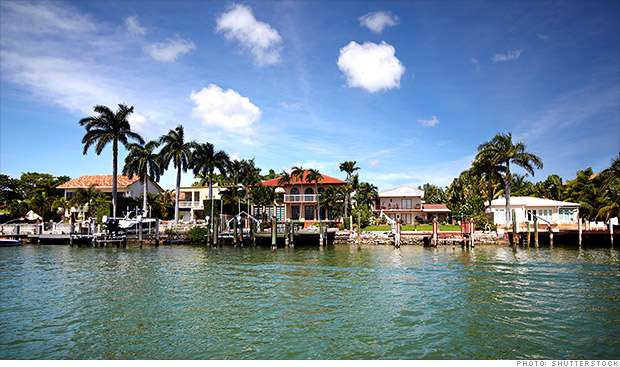 When you think Miami, you probably think of sunny, hot weather and poolside parties. But the southern Florida city is now trying to make a different name for itself as a booming hub for technological innovation.

Medina is convinced that Miami can emerge as one of the latest tech centers. Why? For starters, the city is a gateway into fastest-growing information technology markets in Latin American countries. “There’s an insatiable appetite for the transfer of technology to Latin America,” says Medina, who was born in Cuba. “Miami is a logical place.”

He’s not the only one who thinks so. Later this summer, Microsoft (MSFT) will open its first U.S.-based “Innovation Center” in Miami. The facility will be used to host technology trainings and workshops to help people learn about technology, and provide resources to entrepreneurs and prospective startups. It will also serve as “a gateway connecting the U.S. to the Latin America region, providing Latin American industries and businesses access to a pool of dependable and tech-savvy interns and potential full-time employees,” says a recent blog post from Microsoft.

Several startup incubators have opened up shop in Miami, and organizations such as the Knight Foundation are investing in the build-out of the city’s entrepreneurial community. In addition to its proximity to Latin America, supporters say, Miami has an international and diverse population, a significant concentration of wealth and several large universities. Plus, the quality of life (see: beaches, parties) is hard to ignore.

At a recent event at VMware’s (VMW) Palo Alto campus, investor Marc Andreessen said that “there should be lots of Silicon Valleys.” The problem? There aren’t. Despite the ongoing development of other tech hubs — Boston, New York, and Austin come to mind — no other region has been able to replicate the self-sufficient cycle of talent, capital, and risk-taking found in Silicon Valley. Outside of the Valley, there are few outlying success stories like Google (GOOG), Apple (AAPL) or Facebook (FB).

The situation is no different in Miami. The city’s startups need access to local venture capital funding, of which there is a dearth in the region. College graduates with innovative ideas often leave for more entrepreneur-friendly regions.

According to a recent blog post from the Knight Foundation, Miami “remains a fragmented environment; barriers to resources, such as mentors, funders and other entrepreneurs, are too high. Far too many opportunities are missed. Miami is producing many startups, but not many scale-ups. It’s not nearly as innovative as it could be. And, as a result, it’s retaining too few of its most talented.”

Still, Medina’s committed to turning Miami into a blossoming tech hub in the hopes of bringing thousands of new jobs to the area and putting the city on the map for something more than its nightlife. Next year’s conference, he promises, will be even bigger. “The goal is that you’ll have the Consumer Electronics Show in Las Vegas,” says Medina, “and eMerge Americas in Miami for anyone who has any interest whatsoever with anything to do with tech in Latin America.”