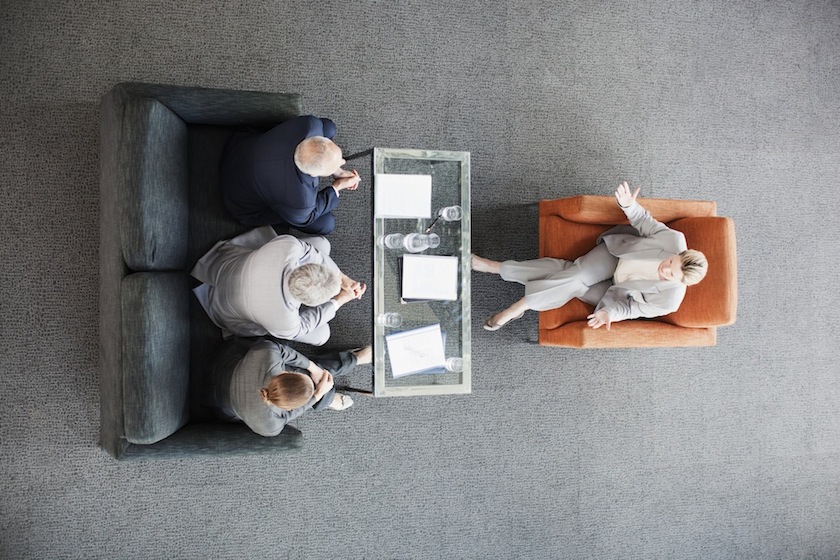 Okay, so maybe your company doesn’t offer onsite dry cleaning like Google or low-interest home loans like Boston Consulting Group, but it’s still a pretty great place for new college grads to start a career, isn’t it? Nonetheless, interviewers at some big companies are finding the class of 2014 is pretty hard to impress, according to a new report by research and advisory firm CEB.

Not only that, but the competition for twenty-something talent is ferocious. “The playing field at the entry level of the job market is uneven right now,” notes Jean Martin, executive director of CEB’s human resources practice. “Some Millennials aren’t getting offers — but those who can attract one job offer have usually got three or four.”

To win the candidates you want, Martin has a few suggestions, based on a detailed survey of Millennials and the Gen X and Boomer managers who are trying to hire them.

1. Emphasize future career opportunities. “Many employers don’t realize how important career development is to Millennials,” observes Martin. “So in interviews, they emphasize things like work-life balance and the stability of the company, which matter much less to this generation” than to the Gen Xers and Boomers on the other side of the desk.

MORE: U.S. banks’ net income down from a year ago

Noting that twenty-somethings “have been raised to be very aware of their own value,” she adds, they’re likely to be looking toward the future — and comparing the career path you’re offering to what your competition has in mind.

2. Rethink the traditional job interview. The CEB study found that the average Millennial new hire participates in the same number of interviews as older job seekers, but gets 12.5% more offers. So young candidates are less easily wowed, Martin says. “It’s important to make the company stand out in the interviewee’s mind. You have to make it interesting.”

The companies getting the entry-level hires they’re after, she says, are avoiding the usual interviews in a hiring manager’s office and “meeting candidates in a coffee shop for more informal talks, or arranging meetings with prominent innovators in the company, or having candidates ‘shadow’ senior people for a few hours to get a taste of what the company is really like.”

3. Don’t overestimate the power of social media. They’re famously devoted to social media sites, but only 29% of Millennials believe what they read there about employers, the CEB study found. “These are people who have grown up with the Internet, and they’re very sophisticated consumers of information,” Martin notes. “Gen Y jobseekers still place the most trust in friends and family, so more traditional recruiting channels like referral programs still count.”

MORE: Nas is mentoring college grads who have ‘grit,’ thanks to startup Koru

At the same time, more employers need to develop mobile apps for career information. “Millennials are more likely to reach for a mobile device than other generations,” Martin says. “But only about one-third of organizations have career information that can be easily navigated on a phone or tablet.”

4. Be prepared to do a lot more explaining. A striking finding from the study: Gen Y job candidates spend far less time researching an employer before an interview than other generations — less than half the time most Boomers spend, for instance. “So the company has to provide more information which, in a way, is good,” Martin says. “It means you control the message.”

Martin was “surprised that Millennials generally do so little learning about an organization before an interview,” she says. “They come in expecting you to convince them — which, when you think about it, is a huge change in the meaning of what a job interview used to be all about.”