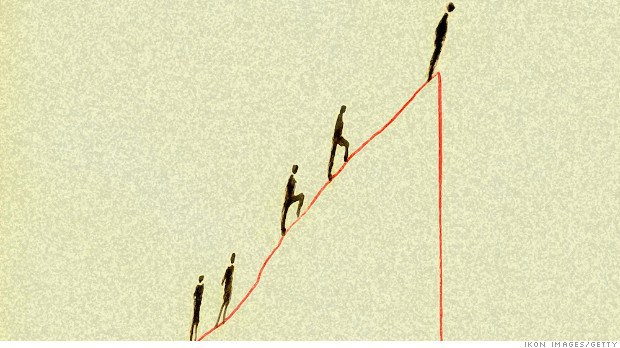 FORTUNE — Dear Annie: Can I just vent some frustration here? A few days ago, yet again, someone I used to work with got promoted over my head and is now running the whole department. This has happened before, both here and where I worked before, so I should be used to it by now. But, without sounding too whiny, I have to say it seems especially unfair this time. I’ve been here seven years, have never missed a project deadline even when meeting it meant working nights, weekends, and once even when I was in the hospital for minor surgery.

Our new boss, by contrast, just got here last year and is considered a star despite being, to put it politely, not nearly so dependable. Do senior managers making decisions about promotions really value flash over substance? Or am I just a chump for believing that hard work should be rewarded? — Steamed in San Francisco

Dear Steamed: The notion that hard work leads to success is so ingrained in the popular imagination that believing it doesn’t make anyone a chump. Unfortunately, though, organizations (like people) rarely conform to the ideal, which is why they often demand one kind of behavior but reward some other kind, which can certainly be confusing.

Brendan Reid, now a senior executive at a technology company he’d rather not name, noticed this so often over his 20-year corporate career that he wrote a book about it. Stealing the Corner Office: The Winning Career Strategies They’ll Never Teach You in Business School starts with dispelling with what Reid calls “the myth of meritocracy.”

MORE: What investors can learn from sea slugs

That’s less cynical than it sounds. Reid spent lots of time earlier in his career “being manager of this and manager of that,” he says. Then he started analyzing what less dedicated, less competent peers were doing to break out of the middle-management pack. As you’ve noticed, intelligence is no guarantee of moving up, he writes. Most companies are full of “smart but stationary” people.

The reason, he says, is that the most diligent, hardworking employees rarely take on big enough challenges to get noticed. “Being steady and dependable is defined by a series of small wins. And small wins score small points,” he says. “So go after big projects, where you can score big wins.” That way, he adds, your reputation can even handle mistakes “when they inevitably happen. Higher-ups remember people who did big things. Reliability is fine, but it just doesn’t stick in anyone’s mind.”

Okay, but the career strategy laid out in Stealing the Corner Office doesn’t stop there. Reid believes most of the buzzwords currently in vogue in corporate America are misleading or downright worthless. Take, for instance, the notion that getting ahead takes passion. “Passion is the most overused word in business,” he says. “I used to be extremely passionate about my ideas, until the day I realized I was coming across as a jerk.”

Reid says he started moving up through the executive ranks only after “I became known for calmly presenting several options, in any situation, instead of passionately insisting my way was right.” People get promoted, he says, in large part because other people — especially, but not only, bosses — like working with them, and passion too often puts colleagues off. “Your best ideas will probably be adopted anyway, without your having to pound the table,” he notes. “It’s much more useful to forget about passion, and come across as unemotional and impartial.”

Or take the familiar phrase “results oriented,” another business cliché that Reid has seen trip up, or stall out, middle managers’ careers. “It’s a matter of degree,” he says. “Obviously you have to deliver results. But if you’re too obsessed with what’s happening in the short term, you tend to overlook the longer game and pass up opportunities to broaden your skills.”

This is a particular hazard for people who are inclined to work very hard on a narrow area of expertise, Reid notes: “Ultimately you’ll be evaluated, and promoted or not, on the basis of how many different skills you have, and whether you can see the big picture. If you go too deep in the weeds on any one thing, higher-ups won’t be able to see you as a leader.”

One more notion Reid says is often fatal to the advancement of the diligent and hardworking: “Accountability.” In many companies now, he notes, this word has become “an excuse for managers to be harsh and demanding with coworkers, including peers who don’t even work for them, and now don’t want to collaborate with them, either.”

What’s far more likely to lead to a promotion, he says, is “helping other people succeed. If you hold people accountable by mentoring them and coaching them, you come across as a leader, not a taskmaster.” It’s another lesson Reid says he learned the hard way. “Early in my career I made the same mistake many young managers make, which is feeling that, in order to be taken seriously, I had to be tough and aggressive,” he recalls. “But that doesn’t work. In fact, it creates the exact wrong image.”

Of course, every company and every manager is different, so it’s impossible to say whether any of the notions Reid debunks explain why you keep getting passed over for bigger jobs. But, since you’re “steamed” about it, why not try what Reid did and take a closer look at the people who are getting those promotions? They might be doing (or not doing) something that would work for you as well.

Talkback: What business clichés have you noticed are least relevant to people’s real-world career prospects where you work? Leave a comment below.