Why is the federal government so hard on debtors? 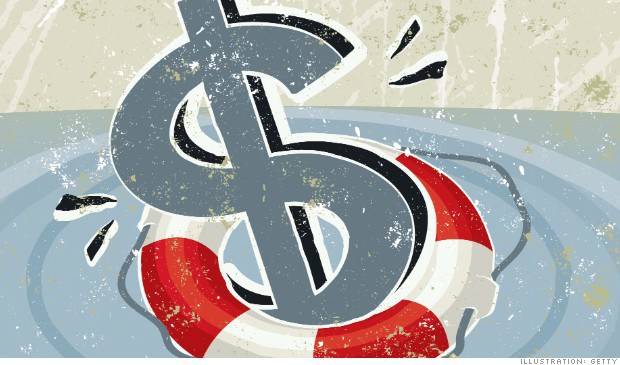 FORTUNE — Chances are that if you’re a debtor, you owe some of that debt to the federal government.

Two major changes to federal policy following the financial crisis — ousting private banks from the provision of federally backed student loans and the takeover of Fannie Mae and Freddie Mac — mean that the Feds now own or guarantee several trillions of dollars in mortgage loans and student loan debt.

This puts the federal government in a great position to eliminate one of the biggest obstacles to the economic recovery, namely the indebtedness of consumers. Online real estate database company Zillow released numbers Tuesday, estimating that nearly 10 million Americans — or 18.8% of those with home loans — still owe more on their mortgages than their real estate is worth. Furthermore, Zillow estimates that, nationwide, one-third of Americans who own homes in the bottom third of home values have underwater mortgages (the balance of the mortgage is greater than the market value of the home).

These are the kind of homes that first-time homebuyers tend to seek out, and they are being held off the market because their current owners are unable to offload the mortgages associated with them. Zillow’s Chief Economist Stan Humphries told CNBC that he believes this is partly why the inventory of homes on the market is so low, a dynamic that has held back the real estate recovery in recent months.

The fastest growing segment of consumer debt, however, is student loans. And the federal government dominates the student loan business, as it owns hundreds of millions of dollars in student loan debt.

Economists are in near-unanimous agreement that too much consumer debt isn’t good for the economy. That’s one of most important lessons of economists Ken Rogoff and Carmen Reinhardt’s recent work on the effects of financial crises: That following such events, countries tend to grow slowly in part because of the existence of too much debt in the system. As Adam Hersch, senior economist at the Center for American Progress, wrote last month:

“Compared to the prior three U.S. expansions, going back to 1982, the economy is recovering at merely 60% of that pace. Whereas at this point in past recoveries, the economy expanded by an average of 19%, today, the U.S. economy has grown just 11% overall since the economy’s June 2009 trough.

“The first key difference is what caused this economic mess in the first place, namely, the depth of the real estate collapse and the wicked hangover of debts left in its wake. The burden of these debts on families — who were already feeling an income squeeze before the recession — has taken a heavy toll on individuals and households’ personal consumption.

“Personal consumption, which accounts for close to 70% of overall GDP, is also expanding off the pace of prior recoveries. As families need to save more — to pay off debts and rebuild diminished retirement savings — they will consume at a lower rate.”

While the federal government took extraordinary action to shield large banks from the effects of a once-in-three-generations financial crisis, it has done much less to help the average consumer. For example, the Treasury Department has made significant progress in improving its Home Affordable Modification Program (HAMP) — which uses TARP funding to induce private lenders to write down the value of mortgages — but there is still no program to reduce the principal owed by those with Fannie Mae or Freddie Mac-backed home loans.

There was hope that once Mel Watt, the new director of the FHFA (which is in charge of Fannie and Freddie), would back a program of partial loan forgiveness. But so far, Watt has focused on other priorities and hasn’t made a move toward principal reduction.

MORE: Where can the middle class actually afford to buy a home?

Peter Drier, director of the Urban and Environmental Policy Institute at Occidental College, points out that though the real estate market seems to be recovering when you look at nationwide statistics, the underwater mortgage crisis is still current in many communities today. Drier helped craft a report released earlier this month that showed that one in 10 Americans live in one of the 100 cities hardest hit by the foreclosure crisis, places where 22% to 56% of the homeowners are underwater. Helping these people rebuild equity in their homes would pay huge dividends for those cities and the national economy.

Meanwhile, Republicans in Congress have continued to block efforts to allow student loan borrowers to refinance at lower rates, preferring to keep the profits the government is making on those loans over finding other ways to pay the government’s bills.

It’s ironic that a debtor today would have a better shot getting better terms on his loan with a private Wall Street bank than the federal government, but this is the case for many borrowers.

Governments have been in the business of debt forgiveness since the beginning of recorded history for the simple reason that it benefits society overall. Financial crises like the one we suffered in 2008 come along once in a century, and they require extraordinary, once-in-a-century responses. We figured this out when it came to the big banks, but not for the rest of us.