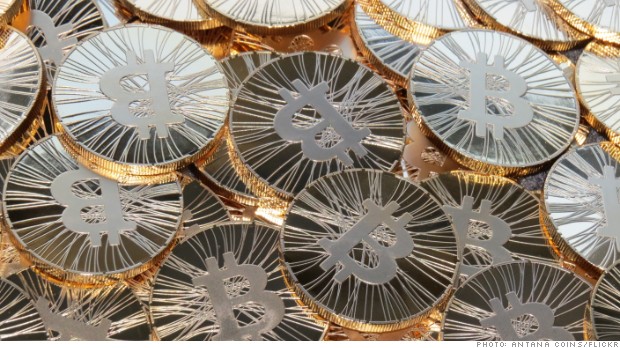 FORTUNE — When Janet Yellen stated in February that the Federal Reserve had no authority to regulate bitcoin, many fans of the virtual currency were elated.

After all, for many believers in virtual currency, the Federal Reserve is enemy No. 1, an institution that has so badly mismanaged the U.S. dollar as to necessitate the creation of a decentralized currency like bitcoin.

But the idea that bitcoin could ascend to the status of a leading global currency without government regulators is naive. Even bitcoin booster and investor Barry Silbert has argued that the next stages of bitcoin’s development will involve big Wall Street banks getting in on the action by, for instance, setting up ETFs and other products that will facilitate the currency’s rise.

And recently released minutes from a Federal Reserve Advisory Committee meeting in early May suggest that the Fed foresees a similar trend, which would necessitate federal bitcoin regulation.

The Advisory Committee can’t dictate policy — it’s assembled to help voting Fed officials benefit from and understand the concerns of the banking industry — but the minutes can shed light on what Fed policy might look like in the future.

Indeed, even Yellen’s argument in February that the Fed didn’t have the authority to regulate bitcoin was based on the the idea that currency was an “innovation happening outside the banking industry.” If Fed-regulated banks are in fact looking to get involved in bitcoin, this reasoning is no longer valid.

The Advisory Committee is composed of elite members of the banking industry, so the body is better equipped to understand its plans than most. And according to the minutes, the committee agrees with Silbert that incumbent banks will have a role to play in bitcoin’s future, concluding, “Should adoption accelerate, banking could participate increasingly in Bitcoin fund flows, especially as multicurrency accounts proliferate and reputational concerns subside.”

Though the committee didn’t offer details on how the banking industry might incorporate bitcoin into its business, it was optimistic about the currency’s potential effect on the economy:

Bitcoin does not present a threat to economic activity by disrupting traditional channels of commerce; rather, it could serve as a boon…. Its global transmissibility opens new markets to merchants and service providers…. Driving capital flows from the developed to the developing world should increase consumption.

Clearly, the bankers advising the Fed understand the bull case for bitcoin, though they argue that it is still too small a phenomenon to pose any sort of risk to the U.S. economy, calling it “more a curiosity than a threat.” They foresee more consumers adopting bitcoin only if it can prove to be cheaper, faster, and more geographically flexible than alternative modes of transmitting money, and they see bitcoin doing this with the help of the financial services industry rather than in spite of it.

MORE: Bitcoin: Both Buffett and Andreessen are right

When consumers and the financial industry do come on board, the Committee advises regulating it much like other financial services products, like supervising bitcoin exchanges with “requirements for business continuity planning,” and “a forum for fraud prevention and disclosure of bitcoin’s risks and costs.” It also recommended that bitcoin businesses be subject to anti-money laundering regulations, just as banks are.

These measures, of course, could greatly increase costs for companies that deal in bitcoin, costs that would have to be passed on to end users. And since one of the main arguments for bitcoin is its lower costs for online transactions, these measures would surely undercut some of the reason to use it. These minutes underscore a central tension in the bitcoin story: it is a technology whose popularity is tied to its ability to undercut the government and incumbent financial industry’s role in currency and money transmission, but one that clearly needs the blessing of both to reach its full potential.