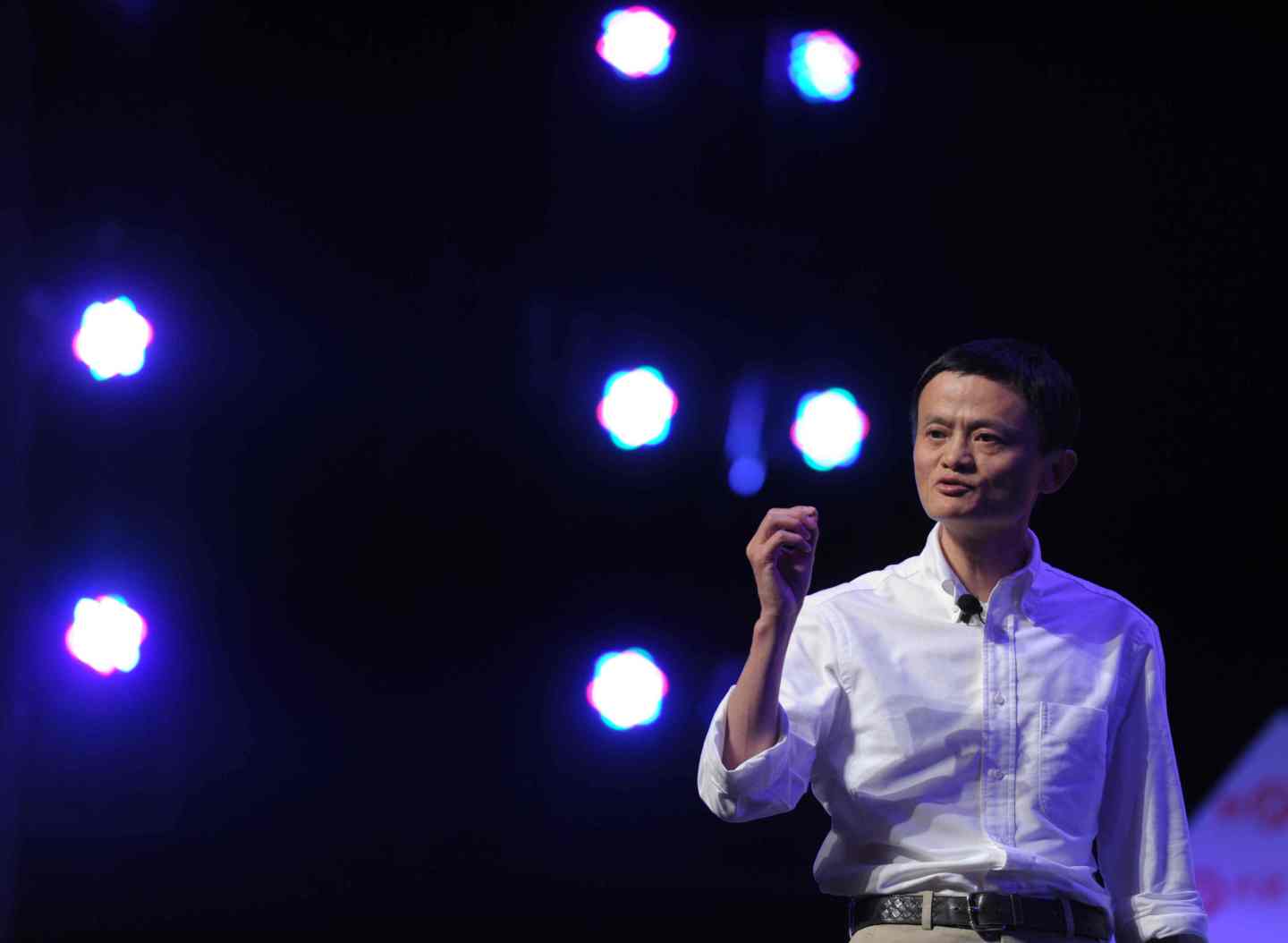 Jack Ma, co-founder of Chinese online retailer Alibaba Group, likes to tell anyone listening that his company faced slim odds as a startup.

“We are a very lucky company,” he recalled during a talk at Stanford University in 2011. “There was no chance that we would survive. I don’t have any background, rich father, or strong uncles.”

Today, Alibaba is an e-commerce colossus that is roughly the equivalent of eBay (EBAY), PayPal, and Amazon.com (AMZN) combined. On Tuesday, it filed for an initial public offering that could be the largest in U.S. history. Ma, a former school teacher and English translator, stepped down as Alibaba’s chief executive last year to, as he put it, leave room for younger talent that is more in tune with today’s Internet. However, as executive chairman, he still casts a long shadow over the company as its strategist and philosopher-in-chief.

The two men first met 15 years ago when Koo tried to recruit Ma for a job just before Alibaba’s birth. At the time, Ma would only reveal the name of his brainchild but not its business plan. “I can’t tell you what it is – it’s a secret,” Koo recalled Ma saying during their talk. They crossed paths yet again during the recent negotiations for Alibaba’s stake in Youku. As usual, Ma was quite involved during meetings despite officially withdrawing from Alibaba’s day-to-day management and leaving the CEO job to his lieutenant, Jonathan Lu.

In China, Ma is a celebrity in the mold of Apple (AAPL) co-founder Steve Jobs. Legions of customers and employees packed a soccer stadium last year to see his goodbye speech as CEO. In his typical bombastic style, Ma preceded the talk by belting out a Chinese pop song on stage while wearing a gaudy silver suit and hat. The crowd roared its approval.

Ma, with the help of a group of 17 friends, started Alibaba out of his apartment in 1999 just as the Internet started to take hold in China. It began as a site for small and medium-sized businesses to buy and sell goods online. Later, he created a sister site, Taobao, that is focused on the consumer market.

Despite intense competition from eBay, Alibaba’s websites quickly gained users. Many analysts credit the company’s rise to initially offering free listings to attract users and its appeal to Chinese tastes.

“He’s someone who thinks very long term—which is something that isn’t very common these days,” Scott Kessler, an analyst with S&P Capital IQ, said of Ma. “He was true to his vision and bold as appropriate.”

Indeed, Ma does not shy from tussles. Although impish, he has taken pot shots at a number of U.S. executives and their companies over the years. Ma repeatedly declared eBay’s demise in China before it actually happened. He’s also frequently feuded with Yahoo (YHOO), a big investor in Alibaba, although they’ve since patched up their differences.

In recent years, Ma has pushed Alibaba beyond its roots into online payments, banking, and cloud storage. He’s also championed investments in China and, to the surprise of many, in the United States. Last year, Alibaba led a $200 million investment in ShopRunner, a delivery service for online retailers. Last month, Alibaba followed up by joining a group that invested $250 million in Lyft, the ride-sharing service.

Ma’s plan is to expand Alibaba outside outside of China, Kessler said. Lenovo (LNVGY), the computer maker, is one of the few Chinese companies to have actually made inroads in the West.

“They see themselves as one of the first Chinese companies to go global,” Kessler said. “There really aren’t a lot of examples.”

Alibaba had revenue of $6.5 billion and profit of $2.8 billion in the nine months ending Dec. 31., according to its IPO filing Tuesday. The vast majority of the revenue — $4.7 billion — originated from China.

Filing for a U.S. IPO could very well be one more sign of Alibaba’s global ambitions. Other Chinese companies like Baidu (BIDU), the Chinese search engine, have sold shares here, but it was more because of financial realities than part of an effort to crack the U.S. market.

In any case, Ma, 49, is among China’s wealthiest entrepreneurs. He owns 8.% of Alibaba and, on paper, at least, is worth several billion dollars. It’s just one of the eye-popping numbers associated with Ma and the business he founded. Alibaba’s market capitalization after the IPO will exceed $200 billion, according to many analysts.

MORE: Can Lenovo do it?

Still the pioneer, Ma, is now trying to bring philanthropy and environmentalism to China. Both are foreign ideas for the country, where pollution and social inequality are facts of life.

Last month, Ma and Alibaba co-founder Joe Tsai, promised to set up charitable trusts potentially valued at around $3 billion. They plan to donate shares representing a nearly 2% stake in Alibaba. Ma said that his trust would be devoted to health care, the environment, and education. Alibaba already contributes 0.3% of its annual revenue to its own foundation, which was established in 2010.

Additionally, Ma sits on the global board of The Nature Conservancy, a U.S. environmental group, and also chairs its China program. Mark Tercek, The Nature Conservancy’s chief executive, said Ma is very active in raising money and has helped to create a privately funded 27,000-acre nature reserve in China. Ma’s environmental awakening came when a member of his wife’s family fell ill, Tercek said. Ma suspected pollution played a role.

Koo, Ma’s longtime acquaintance, said that Ma’s success is his ability to know his limits. He surrounds himself with people who can handle the product details while he thinks up strategy. In the same vein, he kept Alibaba focused on e-commerce. Only recently has its focus wandered.

“Chinese companies have a habit of wanting to do everything,” Koo said. “You have to diversify. But literally, for the first 15 years, they stayed to their knitting.”