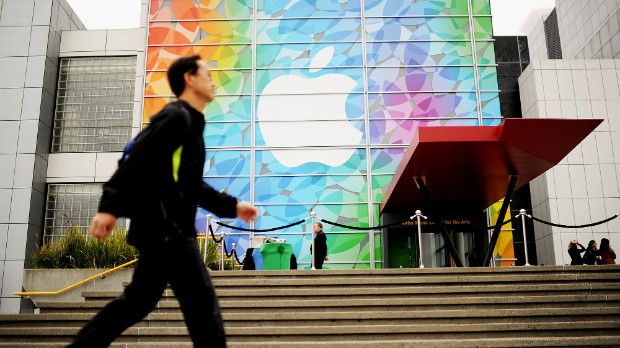 Apple (AAPL), the world’s most valuable tech company, has donated $500,000 to the anti-poverty initiative SF Gives, Fortune has learned from two sources familiar with the matter.

The arrival of an initiative like SF Gives comes at a precarious time for Silicon Valley. Critics of the thriving tech industry have blamed companies for a meteoric rise in rents and increased evictions. In recent months, protesters have blocked Google’s employee commuter buses, held a rally at the annual Crunchies tech awards gala, and stood outside the San Francisco home of Google Ventures partner Kevin Rose, distributing flyers and holding signs maligning Rose as a “parasite” and “leech.” Many people also complain about the tech industry’s limited track record in philanthropy, despite the huge profits generated by some of its biggest names.

For the most part, signing up high-profile tech companies hasn’t presented a huge challenge thanks to Benioff and Lurie’s Silicon Valley connections. Still, while SF Gives is close to hitting the $10 million mark by its Wednesday deadline, 10 or so companies have declined to chip in. According to Lurie, their reasons vary. “For some, they feel like they’re doing their own thing: They’re giving back [already], and they’re involved,” he says. Other companies don’t generate revenue and feel it’s inappropriate to give away their investors’ money. “Then, there are others who just fundamentally believe that a company shouldn’t be doing philanthropy and that individuals should do it,” Lurie says.

SF Gives wouldn’t be the first time Apple has made a charitable contribution. The company has given $70 million to The Global Fund to Fight AIDS, Tuberculosis and Malaria, raised from the sale of (PRODUCT) RED-themed devices and donated tens of millions to Stanford hospitals. Apple declined to comment about its donation to SF Gives.

From Lurie’s perspective, local tech businesses that are transforming the Bay Area’s financial and demographic landscape have a responsibility to improve the lives of everyone in the community. Many companies, like the ones contributing to SF Gives, are excited to close what he calls an “opportunity gap” for the 1.3 million Bay Area locals currently living below the poverty line, he says. Each company that makes a donation to his organization can appoint an employee to a kitchen cabinet of directors that will decide which programs to fund.

While SF Gives is predicated on the idea of giving back to the community, it could also help rehabilitate Silicon Valley’s reputation with local residents who are critical of the tech industry and its limited track record of philanthropy. Adds Lurie: “We’ll win some people over, and some we won’t. But it won’t stop us from continuing to push.”