Hershey makes its way into China 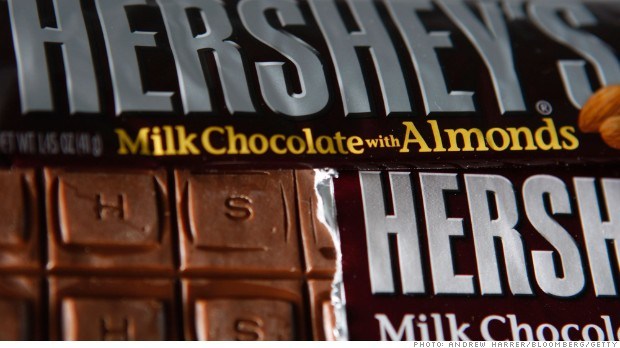 For proof that the Chinese market is difficult for outsiders, a place where even a booming economy and a love for top foreign brands isn’t enough to guarantee success, look to Hershey’s (HSY) recent $584 million deal to buy candy maker Shanghai Golden Monkey Food Company.

The Golden Monkey is no Hershey. Its estimated sales of $225 million in 2013 compare to Hershey’s estimated $7 billion. Hershey has Kisses; Golden Money has red-bean milk candies. And that’s part of Hershey’s problem in China: Its famous milk chocolate doesn’t work well in the country, where consumers tend to prefer candies besides chocolate.

The promise of the Chinese market has Hershey doing things it has never done before. Before Golden Monkey, Hershey had never spent more than $200 million on an acquisition. And this summer, for the first time in the company’s nearly 120-year history, it launched a new brand outside the U.S., a condensed milk candy in China called Lancaster. A company spokesperson told Confectionery News Thursday that Hershey aims for China to become its second-largest market, after the U.S., by 2017.

Some simple math suggests Hershey isn’t getting into China on the cheap. The acquisition is the type of deal that shows how important the Chinese market is to Western companies, even those like Hershey, a famously domestic brand (with 85% of sales coming from the U.S.)

Hershey’s $584 million deal means it is paying more than 26 times earnings for Golden Monkey (using net earnings) or 2.6 times sales. That’s not an outrageous M&A valuation, but it’s not cheap either. To make the deal worthwhile, Hershey is dependent on Golden Monkey’s distribution platform in China and the company’s Chinese know-how, things that Hershey had to buy.