10 ways to sell your best ideas at work 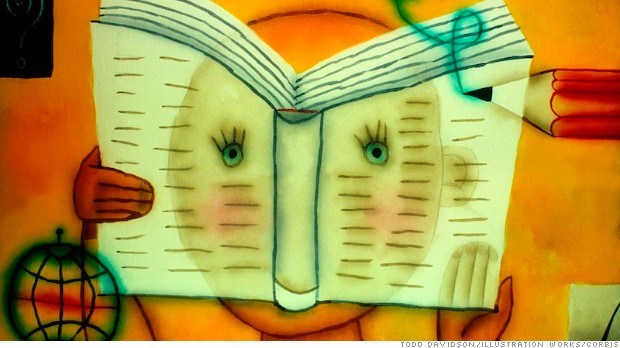 Dear Annie: I just came from my year-end evaluation and, as usual, it was excellent, except for one thing, also as usual. My boss told me I often have great ideas for how to do things faster and cheaper, but I don’t sell them enough. For example, I don’t speak up too often in meetings and, when we were asked to do a self-evaluation as part of the review process, I listed my achievements for the year without saying what’s so great about them.

I’ve heard this from managers before, in past jobs, and as in the past, I really don’t know what to do about it. I’m not a rah-rah type by nature, and certainly not a salesperson. Also, I was brought up to think that people who are always plugging their own wonderfulness are jerks, and that modesty is a sign of a strong character. So how am I supposed to learn to sell myself at work? Do you or your readers have any suggestions? — Baffled in Boston

Dear B.B.: It may interest you to know that you’re not the only one wondering. Almost 80% of 1,082 employed Americans in a recent survey by sales development firm Sandler Training believe that “in today’s world, people need to be better at selling themselves.” Still, two-thirds (63%) say they spend less than an hour a day doing so.

“Our biggest audience now is not professional salespeople, but other kinds of businesspeople who want to get attention for their ideas without seeming pushy,” says Dave Mattson, Sandler’s CEO. It doesn’t help, he adds, that most of us were brought up to believe that hard work alone would lead to the corner office. “We all know that the smartest people aren’t always the most successful,” he notes. “It boils down to being able to sell yourself effectively.”

About 45% of the people Sandler surveyed say their workplace is the hardest place to pitch a good idea. (The next largest group, 21%, said home is.) For you, and for those folks, Mattson offers 10 ways of putting an idea across so that the right people will listen.

1. Don’t take rejection personally. “One of the major stumbling blocks for people trying to sell a concept is that, if the idea is rejected, they take it as a rejection of them personally — and they stop trying,” Mattson says. Instead, he suggests, take professional athletes as your role model, at least in this respect: “Most major-league players strike out far more than they hit. Even so, they keep trying.”

2. Use your voice, rather than email. Many of us (especially the shy) use email to put our best ideas forward, but that’s not nearly as effective as doing it in person or, if necessary, on the phone. “The phone is much more effective,” Mattson says. “You have your tone of voice working for you, and you can be far more responsive to any questions the other person may have.”

3. Listen 70% of the time, and talk 30%. “In the sales world there’s a saying: Everybody hates to be sold but loves to buy,” Mattson says. “Top salespeople don’t steamroll others. Instead, they listen, which forces you to focus on the other person — what their position is, and why they’re responding the way they are.”

4. Practice. Find a friend or trusted colleague who will hear you out while you practice your pitch. Mattson recommends repeating your idea six times before presenting it to decision-makers. “The first one or two times, you’ll still be figuring out how you want to put it,” he says. “By the sixth time, you’re usually speaking with real conviction.”

5. Get others to weigh in. “Successful selling isn’t ‘I,’ it’s ‘we,’” Mattson says. “Our subconscious can tell one from the other even if our conscious mind doesn’t. People want to be part of a solution. So include their suggestions in your idea.” Not only will that probably make the idea even better, but you’ll still get the credit for having gotten the ball rolling.

6. Start with a problem statement. First, state the problem: “I’ve noticed there’s an issue with X.” Advises Mattson, “Keep it short and concise. Then suggest two or three alternative solutions and see how people respond.” The end result will almost always be “some hybrid of what you’ve said it should be,” he adds. “People love to edit what you say, so give them something to work on.”

7. Point to an impartial authority. Make your case, where possible, by mentioning a survey or article by some third party who has no skin in the game. “Getting backup for your position from a trusted source gives you extra credibility,” Mattson says.

8. Give praise where it’s due. Most people are starved for praise and recognition, Mattson notes, and making it a habit to notice a task well done will make people more likely to listen to you when it’s your turn. “You have to be sincere, of course,” he adds. “But most people get so little appreciation for what they do that the simple act of noticing can make them more likely to listen to you.”

9. Take a personal interest. Mattson keeps what he calls a “fuzzy file” on people he encounters regularly, so that “if I see an article somewhere about a new kind of ski, I know to send it along to someone I know is a ski buff, for instance,” he says. “Showing some interest in who people are outside of the office makes a powerful impression.”

10. Repeat steps No. 1 through 9 regularly. “If you only do these little things once a year leading up to evaluation time, it’ll be really hard, you’ll take everything too personally, and you’ll hate it,” Mattson points out. “You need to get in the habit of doing them all through the year, a little bit at a time, but all the time.”

Notice, if you will, that none of these requires being pushy, arrogant, or otherwise jerky — quite the opposite, in fact — but selling oneself does call for “reinforcement,” Mattson says, “which can only come with time.”

Talkback: If you’ve succeeded at selling your ideas or yourself in your organization, what approach has worked best for you (or hasn’t)? Leave a comment below.