Where Google Ventures is pinning its hopes 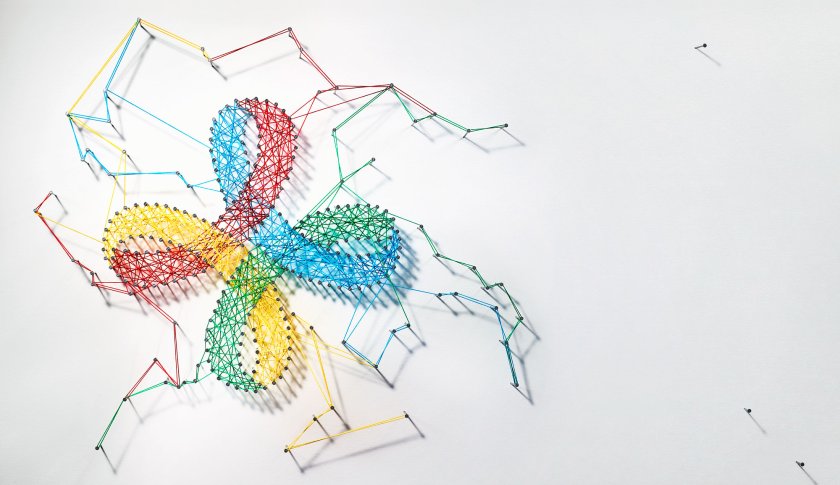 The search for a better way to fight cancer is unfolding quietly against the floor-to-ceiling window of a conference room in a San Francisco office building where three young men are scrutinizing a jumble of Post-it Notes. Each yellow stickie is etched with meticulously drawn boxes and text in tiny black print. After a few minutes of contemplation, the men start placing blue-dot stickers — one here, one there — atop the notes. Each dot represents a vote in favor of a particular layout or wording, and each helps the trio converge on a new prototype for the online app of a company called Foundation Medicine (FMI). The goal: to make it easier for the doctors who use the app to record findings on new drug therapies. Foundation, a fast-growing company based in Cambridge, Mass., offers a diagnostic test that uses DNA sequencing to help doctors decide which drugs to use to fight a specific tumor. After a September IPO, it is now worth more than $600 million. For this two-day “design sprint” to make its app easier to use, Foundation came to Google Ventures.

Google (GOOG) is not searching for better cancer therapies, at least not yet. Google Ventures, the search giant’s venture capital unit, is helping Foundation because the life sciences company is one of its marquee investments. The venture group has a dedicated team of designers that huddles in intense sessions with portfolio companies to help them revamp websites, build new mobile apps, and fine-tune hardware products. “They really helped transform our website,” says James Freeman, the CEO of Blue Bottle Coffee, which is also backed by Google Ventures.

Five years after its founding amid snickers and skepticism, Google Ventures has emerged as one of the hottest venture firms in Silicon Valley. It’s sought out by entrepreneurs and, as a co-investor, by the Valley’s marquee firms. In 2013 alone, three of its portfolio companies have gone public, and six were acquired.

Its range of investments is surprisingly broad. You’d expect Google Ventures to bet on business software, mobile apps, and gadgets like smart thermostat company Nest, which it has. But Foundation and SynapDx, which is developing a blood test for early detection of autism? Or Cool Energy Systems, which aims to produce fuels based on plant photosynthesis in a process that removes carbon from the atmosphere? It has also made bets in education, finance, and robotics companies that have nothing to do with search or Android. “Most of the world’s innovation doesn’t happen at Google,” says David Drummond, Google’s senior vice president of corporate development, who oversees Google Ventures. “We have the capability to use our money, our time, our effort, our expertise, our brain power, and the Google brand to help build great companies, that’s a worthwhile thing to do.”

As at Google itself, some Ventures bets fall in the “moon shot” category, while others are more modest in scope. Collectively, they say a lot about where Google sees an opportunity to bring disruptive innovation to create a different future — one where medicine is more personalized; where the Internet broadens access to financial, educational, and clean energy resources; and where children can begin to learn computer science concepts from toy robots.

Staffed by some 60 employees, most of them ex-Googlers, Google Ventures has shaken up the venture business in myriad ways. With its dollars backing more than 220 companies to date, the firm has become one of the Valley’s most prolific investors. It was the first major venture firm to use data scientists to help vet investments by analyzing scores of variables to detect what’s likely to work based on what has worked before. As it grew from two general partners to 11, its investments have ranged from “seed” bets of a few tens of thousands to a $258 million investment in Uber earlier this year. Google Ventures contributes more than money. In addition to providing design services, it hosts workshops where founders and employees of portfolio companies hone their product management or operational skills. It helps with marketing, recruiting, and engineering, often tapping Google’s vast resources.

Like other venture firms, Google Ventures does not disclose its returns, but its approach appears to be paying off. Google, which is the sole investor in the firm, allotted $100 million to Google Ventures in its first year, 2009. It has since upped its investment to $300 million annually, a testament to Google’s satisfaction with the results. The group now has more than $1.2 billion under management. More than 20 of its companies have gone public or been sold so far. One of them, Climate Corp., which uses big data to make highly localized weather predictions, fetched about $1 billion from Monsanto (MON) this year. And in a business where failures are common, only a handful of its portfolio companies have been shuttered. A top Google executive familiar with Google Ventures’ returns recently confirmed that they are far above the industry’s mean. “When we started, I got literally laughed at by some venture capitalists on Sand Hill Road,” says Bill Maris, the founder and managing partner of Google Ventures. “Google didn’t have a reputation for being a good investor or a smart investor in startups.”

Google Ventures’ emergence as one of the top financiers of startups may be a first for a corporate venture fund. While tech companies have long backed startups, their venture arms have a history of subpar returns. That’s in part because they are often hamstrung in investment decisions by an imperative to deliver strategic value to their parent company. Maris argued persuasively that to compete effectively, Google Ventures, like standalone venture firms, had to be measured solely by its financial returns. Google established Ventures as a fully independent unit whose investment decisions don’t have to be cleared with Google and where virtually every employee shares in the returns of the fund. If some investments help Google in strategic ways, so much the better, but that is not a requirement. Indeed, Google Ventures has sold companies to Google rivals like Dropbox, Facebook (FB), Twitter (TWTR), and Yahoo (YHOO).

Maris, 38, is a graduate of Middlebury College with a background in life sciences who founded an early web hosting company. As a biotech analyst, he once worked with Anne Wojcicki, the CEO of 23andMe, who recently separated from her husband, Google co-founder Sergey Brin. Maris has the ear of Google’s top brass. He recently hatched the idea for Calico, the secretive anti-aging startup launched by Google and headed by Art Levinson, the chairman of Genentech and Apple (AAPL).

On a recent day, Maris ambles into a crowded conference room looking a bit haggard. It’s the morning after the Google Ventures holiday party, and the night before that Maris was up late as well — celebrating his engagement to his girlfriend. About three dozen people, none of them looking past 40, gather around a large conference room table, and a few more join via video conference from Google Ventures offices in Boston and New York for the group’s weekly meeting. Maris and the others get updates on the design sessions, on a CEO summit for portfolio companies, and on briefings with Fortune 500 companies that Google Ventures hosted for some of its startups. In classic Google fashion, everything — down to the number of days it takes the group to respond to startups seeking funding — is quantified.

Despite all the Google trappings, Maris has helped to create a startup culture at Google Ventures. It’s an essential ingredient, because without it, he wouldn’t have been able to amass the talented group. Many of the general partners, as well as some of the designers and engineers, are entrepreneurs who sold companies to Google and might have decamped for greener pastures. They include Rich Miner, co-founder of Android; Kevin Rose, founder of Digg and Milk; and Joe Kraus, co-founder of Excite and JotSpot. “A lot of our team has been built by people who have built amazing companies,” says Miner, who heads the Boston office. “Ventures is a pretty good destination for people who have that profile.”

As it searches for industries to disrupt, Google Ventures is even willing to look at its own. Earlier this year it led a $28 million financing round into AngelList, often described as a Craigslist-like marketplace that matches entrepreneurs and angel investors. AngelList introduced a new funding model called syndicates, in which no-name angels pool their dollars with those of investors with an established track record. The model essentially allows better-known investors to build mini-funds for specific deals — which puts those investors in direct competition with Google Ventures, especially over seed-stage deals, which account for about half of its investments. “People called me and said, ‘Are you crazy? You’re investing in something that might put us out of business,’ ” says Wesley Chan, the Google Ventures partner who led the investment in AngelList. “I’d rather be on the right side of the disruption.” It’s clear that Google Ventures has inherited its parent’s DNA.