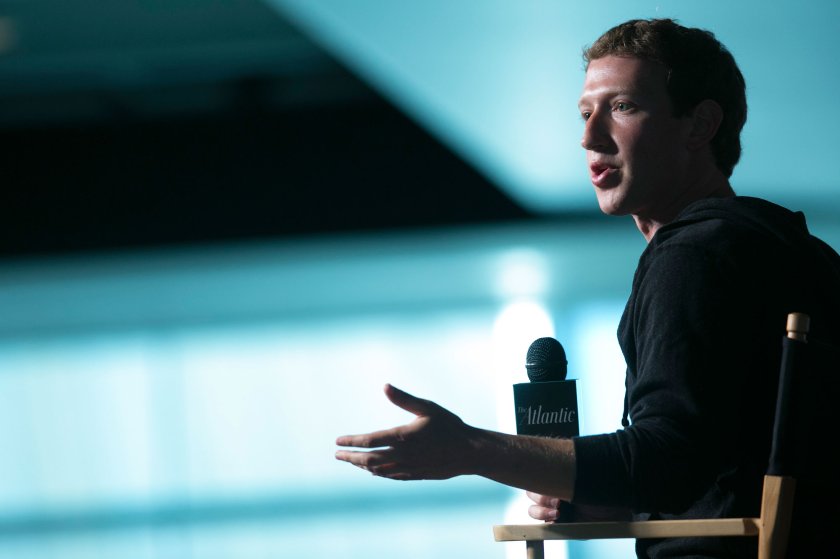 Mark Zuckerberg, founder and CEO of Facebook, will sell 41.4 million shares worth of stock in the company, worth $2.3 billion, to pay a tax bill, the company said. He apparently incurred the tax liability when he exercised the option to buy 60 million class B shares, which carries 10 times the voting power of Class A shares, the kind sold to schlubs like us.

Now, Zuck selling Facebook shares is the headline everyone is talking about, but that’s really just the side story here. In my view, the real story is that Zuck’s sale is part of a new public offering by Facebook (FB) of some 70 million Class A shares. Of that total, Zuck is contributing 41.35 million shares (the proceeds of which go to the IRS or whatever), while Facebook (the company) is offering 27 million shares, which is dilutive to existing shareholders.

The company says it plans on using the money (roughly $1.5 billion) from its portion of the share sale “for working capital and other general corporate purposes.”

Excuse me? “General corporate purposes?” So Facebook is saying it is diluting its shareholders today (stock is down 2% this morning) to raise money so it can, well, essentially keep the lights on? Didn’t the company just get a big chunk of money by going public, like, a year ago?

This is disturbing on many levels. We all know that Facebook is seeing a decline in users and that it isn’t as “cool” as it once was among teens. Nevertheless, the company is making money. In fact it made $625 million in the third quarter of this year off of $2 billion in revenue. That isn’t bad at all; in fact, it blew analysts’ expectations away, who were expecting a more modest number on the revenue side. As a result, Facebook’s shares soared. Overall, they have doubled this year as people anticipate stronger profit growth as the social network expands into mobile advertising.

Facebook seems to be delivering and making money, making this whole share sale all the more odd. What could Facebook be needing so badly that it was willing to dilute its shareholders? I don’t claim to know what’s going on inside Menlo Park, but sitting here from New York, I can tell you that this sort of behavior is a red flag to investors.

Why? First, debt is cheap — very cheap. There is no excuse to be selling shares to raise cash in this environment, especially if you are supposedly a “growing” company like Facebook. If they did a debt offering, it would undoubtedly be oversubscribed, meaning that they could probably get away with paying little to no interest — basically, free money. Furthermore, I am sure any bank would love to give the company cash in exchange for a piece of whatever investment banking deals they end up doing. Forget about the tax shields and all that other stuff — these points alone are enough to make this share sale look suspect.

So Facebook is clearly tipping its hand today. They are saying that their stock is overvalued and, as such, the company isn’t going to perform as well as the market believes it will. Luckily, Facebook came out with a “dislike” button this week. I just pressed it.