The space suit gets upgraded 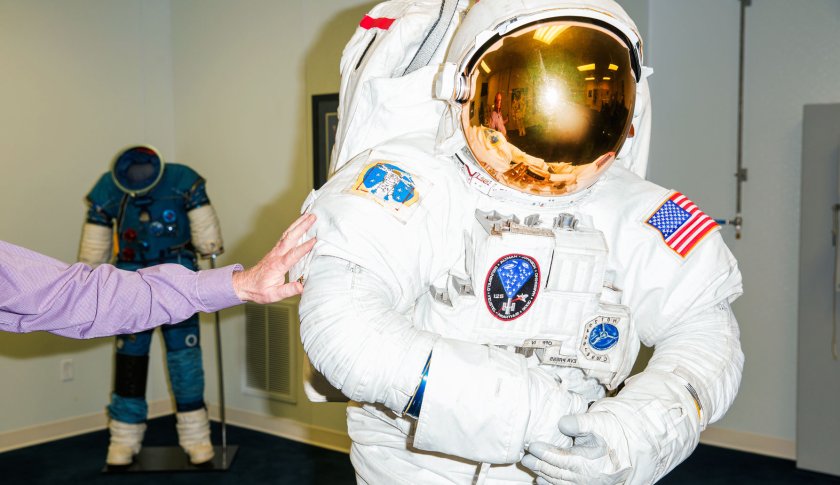 For five decades ILC Dover, an engineering firm in Delaware farm country, has been outfitting astronauts for space — everyone from Neil Armstrong to Sunita Williams, who performed a space walk outside the International Space Station (ISS) in 2012. And yet ILC (which was founded as International Latex Corp.) has never before embarked on its latest mission: to make a fashion-forward suit for NASA.

The prototype is called Z-2. A new palette will be chosen when, early this year, NASA unveils three designs by Philadelphia University fashion and industrial design students. The public gets to pick a winner. Each design will draw on one of three themes: NASA’s history, sports and superheroes, and nature. NASA officials hope that the campaign will rekindle excitement for the space program. “Part of this came from the fact that commercial space flight is gearing up,” says Amy Ross, a top space-suit engineer at NASA, “and part of what they want is for their space suits to look cool.”

Such is Z-2’s colorful fate, arriving at a crossroads in above-atmosphere travel. The capabilities of the $4.3 million prototype, slated for delivery in late 2014, will be so advanced that Ross expects it to become a landmark — a steppingstone en route to Mars or a return Moon trip. Still, no manned Martian mission exists, and ever since the space shuttle program ended in 2011, U.S. astronauts have had to catch a ride to the ISS on Russian spacecraft.

ILC has had to reorient its space-products business (about 20% of its total revenue) accordingly: “If we’re going to provide space suits to customers, we’re going to need more customers than NASA,” says Phil Spampinato, the program manager of space products. ILC is working with Boeing on impact bags for the airplane maker’s bid to carry U.S. crews to the space station for NASA. And Boeing has also shown interest in the balloon-like landing gear that ILC designed for Mars rovers. The company’s products might also appeal to Orbital Sciences, which has launched unmanned cargo missions of its own.

Founded in 1937, ILC has adapted before. Its latex dipping and fabricating prowess from the company’s Playtex brand of women’s undergarments helped ILC win the Apollo contract to make pressurized suits (Warner Bros. is developing a film about its creation).

Today the privately held company no longer manufactures girdles and brassieres (Playtex became a separate entity in 1967) — it specializes in products that protect against the harshest environments, including gas masks, aerostats, and a giant inflatable tunnel plug to stop floodwaters, developed for the Department of Homeland Security. Fifty percent of the company’s business is containment products for pharmaceutical and biopharma companies. But the space suit is the calling card, and a reimagined version will be a giant leap.