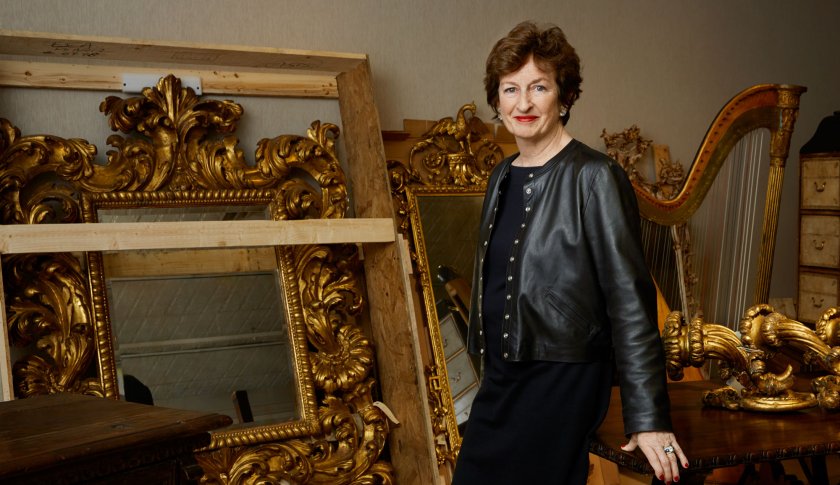 Kathleen Doyle never planned on running an auction house. But when her husband, William J. Doyle, founder and CEO of auctioneer and art-appraisal company Doyle New York, died of leukemia 20 years ago at age 53, she not only stabilized the firm but modernized a business that was antiquated in more ways than one — and turned the company into a global brand.

“It was a shock when my husband died in 1993, and I took over the business,” says Doyle, who had worked at the company in its early years (it started as an antiques store in 1962) before pursuing a master’s degree in child development.

Doyle, 69, is modest about her stewardship of the company (“We had a senior team in place that’s still here,” she demurs), but examples of widows or widowers successfully succeeding their spouses as CEOs are rare, with notable exceptions like Katharine Graham, who took the reins of the Washington Post after her husband, Philip, committed suicide in 1963. (The Post was her family’s business.)

Despite her grief, Kathleen Doyle wasted little time putting her mark on the auction house her husband built. Under her leadership, Doyle became the first New York auction house to initiate live Internet bidding, holding auctions online with Amazon and others in 1999. It later became the first of its competitors to put its illustrated catalogue online.

Doyle continues to democratize the elite world of auctions. Her appraisers regularly appear on the popular public television program Antiques Roadshow, and the company periodically conducts seminars about fine art. “No one’s figured out how to maintain prestige on a mass basis,” says Oliver Chen, an equity analyst at Citigroup. “If you can do that and focus on being hip and relevant, there’s a big opportunity for a smaller house like Doyle.”

Indeed, Doyle successfully competes with giants Christie’s and Sotheby’s in estate auctions. “Their approach is very personal,” says Liana Paredes, director of collections and the chief curator at Hillwood Estate, Museum & Gardens, a museum housed in the former home of Marjorie Merriweather Post. In February, Doyle auctioned items from the collections of the Post family, winning the business over two unnamed rivals.

Doyle declines to disclose revenue for the family enterprise, which does not have any outside investors, but says her goal is to make Doyle New York a $1-billion-in-revenue company. She’s also grooming a daughter, Laura, who now heads the regional representatives offices, to run the business one day. “She’s capable of taking over the reins at any moment,” Doyle says. Such succession planning ensures that for at least another generation there will be a Doyle at Doyle New York.