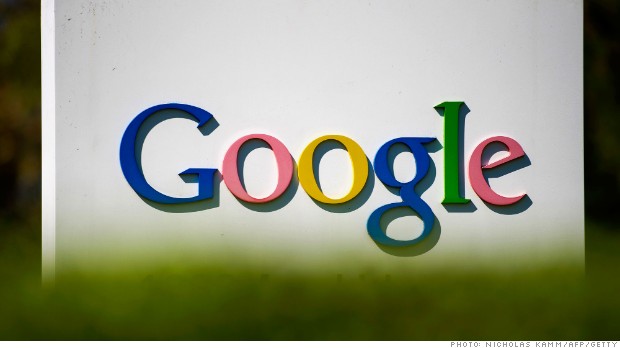 The Open Invention Network (OIN), a consortium of major technology companies formed in 2005 to minimize patent-aggression against free and open-source software projects, plans to announce today that Google (GOOG) has become its seventh full member.

OIN’s charter members are IBM (IBM), Red Hat (RHT), Novell, Sony (SNE), and Philips (PHG). NEC joined in 2006—the last full member addition until today. Though OIN does not disclose the capital contribution it requires of full members, the past S.E.C. filings of others suggest that it must be at least $20 million.

Google’s arrival reflects the extraordinary commercial success of its Android operating system for smartphones and tablets and of its Chrome OS browser/operating system for notebook computers, both of which are largely composed of open-source software.

“It’s an important event for us,” says OIN’s CEO Keith Bergelt of Google’s move, “because our view is that the major open-source distributions and operating systems need to be under the OIN umbrella so we can hold them close and protect them in the most effective way.”

Though Google was already an OIN “associate member,” the company wanted a voting seat on OIN’s board, according to Chris DiBona, Google’s director of open source, which only full members have. “It gives us more opportunity to bring our thinking and resources to bear,” he says.

MORE: Behind Pfizer’s latest upheaval at the top

(Google quietly became an associate OIN member in December 2010, though its status as such was only
disclosed for the first time
this past February. OIN’s other associate members are Canonical, the distributor of the Ubuntu flavor of Linux, and TomTom, the GPS device manufacturer. OIN does not disclose precisely what associate membership entails in terms of either capital contribution or influence in the organization’s decision-making.)

Open source software, including the seminal Linux operating system, is software that is written collaboratively and which, by its licensing terms, confers certain “freedoms” upon users that are usually forbidden to users of proprietary software, like Microsoft Windows or Apple iOS. These freedoms include the right to see the software’s source code and to freely alter it, copy it, and redistribute it. A patent claim poses special threats to open-source software because, if found to be valid, it could prevent users from exercising any of those freedoms.

OIN’s chief means of accomplishing its goals is through the acquisition of a defensive portfolio of key, fundamental patents that would be of potential concern to almost any company operating in web commerce. The group agrees to license these patents for no charge to any other company in exchange for a commitment by that company not to assert its own patent portfolios against the core open-source projects defined by OIN. OIN now has more than 850 patents or patent applications in its worldwide portfolio, including 575 U.S. patent assets, according to its spokesperson.

In the event that a licensee is hit with a patent suit, OIN may also sell patents to that licensee for use as the basis for a counter-suit against the aggressor. (In 2010, for instance, when Microsoft (MSFT) sued OIN licensee Salesforce.com, OIN assigned two patents to Salesforce. The case settled shortly thereafter.)

OIN currently has 675 licensees in its community, up from just 32 when Bergelt became CEO less than six years ago, including such marquee names as Yahoo, Facebook, Fujitsu, LG Electronics, Twitter, and Cisco. The group is now adding licensees at a rate of about one every two days, Bergelt says.

To be sure, many technology companies that distribute Linux-based products, including OIN licensees, do end up paying for various patent licenses anyway, just like almost every contemporary tech company. Most of the large manufacturers of Android products—including Samsung, HTC, LG, ZTE, Hon Hai (the parent of Foxconn), and Acer—have taken licenses to Microsoft’s formidable and diverse portfolio of patents, which include
patents that Microsoft claims
are being infringed by Linux. Microsoft
says that 80 percent
of Android phones sold in the U.S. and a majority of those sold worldwide are covered by patent licensing agreements concluded with Microsoft.

Bergelt asserts, however: “Android’s Linux component has not been sued and never will be as long as OIN continues to facilitate patent non-aggression within the parameters of the Linux system.” Rather, he continues, “the suits have been over applications agnostic to the operating system,” which ride higher up in the software stack. (Because of the breadth of Microsoft’s portfolio and the many pragmatic factors that go into any company’s decision to take a license to it—principally, avoiding the cost and risks of litigation—it is impossible to tell what leads any one manufacturer to take a license.)

In any case, Bergelt maintains that OIN’s mission does not stand or fall on whether some OIN participants decide in the end to pay patent license fees to Microsoft or other patent holders.

“We’re not trying to prevent people from doing what they think is prudent,” he says. “If they decide to sign, that’s their choice. That doesn’t stop us from working behind the scenes to reduce the effect of these patents that are yielding royalties right now, in so far as they support an anti-innovation agenda.”

OIN tries to minimize the costs of current and future patent assertions on the community it serves by, for instance, trying to prevent the issuance of what it considers to be inappropriate patents; aiding attempts to invalidate issued patents through the U.S. Patent and Trademark Office’s reexamination or review processes; facilitating “
defensive publication
” of software innovations, to ensure that they don’t later become the subject of inappropriate patents; and alerting community members that a given royalty demand may be excessive, based on market precedents or weaknesses in the patent asserter’s portfolio as it relates to Linux.

The group is also active in Washington, D.C., where it has been lobbying Congress for the past two years to “discourage abuse of the ITC as a venue for patent disputes,” Bergelt says, and where it “continues to serve as a resource to the Department of Justice and the Federal Trade Commission in providing the open source/Linux community perspective on the potential anti-competitive impact of select mergers and acquisitions and large-scale patent acquisitions.”

“What we’re really doing is building a community around certain behavioral norms,” Bergelt explains. “Those behavioral norms include patent nonaggression and freedom of action.”

OIN is now focusing, he says, on signing up new licensees among companies focused in the cloud computing space—DropBox is a recent licensee, for instance—and OIN has recently broadened the definitions of the open source projects it covers to include many aspects of OpenStack, an open-source platform for cloud services.