How an impressionable media industry fell in love with fraud 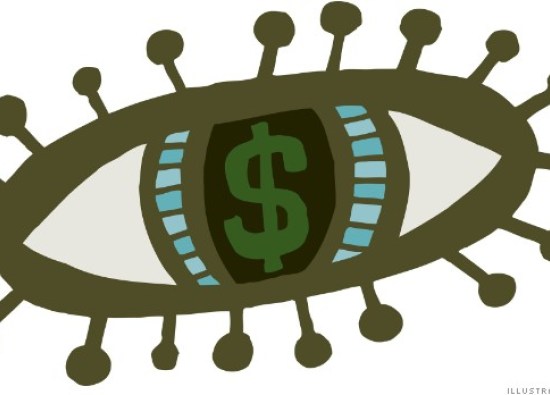 Ask someone who doesn’t work in advertising what it means to “make an impression,” you will likely get a reasonable response like “to do something that someone remembers.” However, inside the advertising industry, the definition of “impression” is not nearly as simple. Why? Because if you run an advertisement on TV, radio, or print, you have never been able to tell exactly how many people those advertisements really made an “impression” on. How many people looked up at a particular billboard? How many people paid attention to the TV during the commercial? So what media companies have historically measured — and sold — is really the potential to make an impression. This system worked because marketers could make estimations on how many people might actually see their advertisements and over decades figured out the real value of these “potential impressions.” From this history came the cost per thousand (potential) impressions, better known as CPM in media industry. The CPM market was astonishingly effective, and large, to the tune of trillions of dollars. It drove the creation of major brands and subsidized the creation of the news and entertainment content people love.

And then digital came along.

In order to meet the demand and to keep the definition in line with TV and other less measurable formats, advertisers and media publishers alike agreed to keep the definition of an impression intentionally loose. This was a loophole created to help keep the market for “impressions” liquid. The problem was that in digital, media companies could simply create impressions. At first they were low value, but as with anything that has an infinite supply, the industry was eventually creating “impressions” that had zero value. For examples of both, imagine that you have a web page, today you have two ads on that web page, and then you redesign so that tomorrow you have 10. You just “created” more impressions. But there isn’t any more human attention (what advertisers are seeking) and there is no more human spending (what advertisers are really seeking). And that is just lower value impressions. The even bigger problem is that given the loose definition of impression, really Internet savvy people could create “impressions” that no human could ever see, like videos playing in the background or fake traffic to sites. (Mike Shields over at AdWeek highlights a perfect example of this practice.)

All of this low quality and fraudulent impression continues to depress the price quality content producers can get for “real” impressions. Okay, you might say. So what? If there is that much fraud, the value should drop. And that is true, but as the price of the impression drops, quality content companies have three choices:

1. Load up more and more advertisement impressions into their content (which is bad for consumers, who in turn find a way to avoid, and continues to lower the value of impressions)

2. Find a way to have consumers pay for content without advertising (HBO, PandoraOne, Netflix, The Information).

Option one will diminish the outlets for effective advertising, while options two and three eliminate it altogether. Where will that leave the advertising industry?

It would almost be funny if it wasn’t so terrible. Advertising plays a massive role in our economy, and in an effort to keep the market for the main currency of advertising (the impression) liquid, we have created a system that not only allows advertising fraud (counting impressions that no human could ever see), but we NEED to allow it in order to function.

Getting rid of fraud is 100% possible, but the industry is resisting it, because it would drastically increase the price of impressions, as the would be “real impressions,” and make it no longer apples to apples with traditional advertising impressions. In addition, the established big Internet impression generators would take a huge hit. Now, with Google’s (GOOG) Neal Mohan debating entering the fray, we might finally get some movement toward “real impressions.” But this is just the beginning, although with Google’s leadership it is a big beginning, the real challenge will be if an industry built on keeping prices low through waste and fraud can swallow the resulting limitations in supply, and therefore higher perceived prices, or if there is yet to be more pain.

Hundreds of billions of dollars are spent every year on advertising by huge brands and small business alike. When these dollars were first introduced to the market they were priced in a way to be able to keep the same terminology, and a single unit of currency, the “impression.” While there has always been some waste in the model, digital’s ability to create fraud is causing the current crisis.

For decades trillions of dollars have changed hands on the currency of the “impression.” And while you would think with all that money depending on it, “impression” would have a very standard definition, it never has. It couldn’t. Until today. And now the industry doesn’t want it.

Joe Marchese is the founder and CEO of true[X] media and previously was head of marketing and multi-platform development for the cable television network Fuse-TV. You can follow Joe on Twitter: @joemarchese