The Volcker Rule’s not so fatal flaw 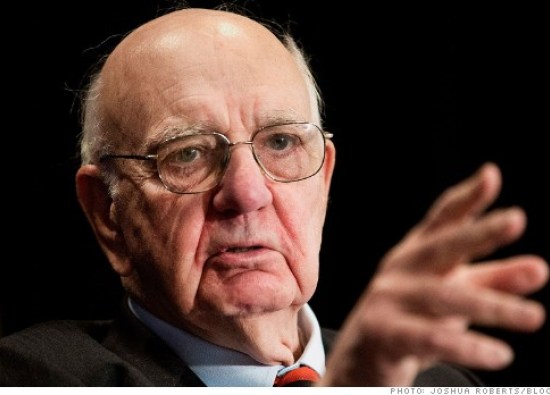 Last week, after the Volcker Rule was approved, the griping began.

The loudest complaints focused on the fact that most of the surveillance of the rule will be conducted by the banks themselves. For example, one of the key measures of the rule is that bank CEOs must attest to the fact that their firm is not secretly trading solely for its own accounts. Sarah Bloom Raskin, the Federal Reserve governor President Obama has nominated to deputy Treasury secretary, told the Huffington Post that relying on banks to say whether they are complying with a rule that rests on a lot of subjectivity like Volcker made little sense.

But that seems like a critique of bank regulation in general. Most bank rules rely on self-reporting, even after Dodd-Frank. And the self-reporting requirements under Volcker are more onerous than usual. The draft rule included 14 new reports that banks will need to file to regulators to satisfy the requirements in Volcker. Banks will have to produce a monthly report that details the trades they’re making to ensure that they are all related to client transactions and not trades the bank is solely making for themselves. The banks will also have to test their trading against seven metrics to prove they are complying with the rules, and report those results to regulators.

MORE: Will the Volcker crush Goldman?

“The reports will be measured in inches not pages,” says Don Lamson, a former bank regulator who is now a partner at law firm Shearman & Sterling.

What’s more, bank examiners still have the ability to ask for the raw trading data. And there won’t be a lack of regulators on the Volcker beat. The rule tasks five different agencies with oversight. Not quite self-regulation.

As for CEO attestation, some are skeptical bank chiefs know what’s going on at their firms’ trading desks. But regulators have used CEO attestation before. It’s a key part of Sarbanes-Oxley, the accounting rule that was passed in the wake of Enron and other early-2000s accounting fraud fiascos. And executives have seemed to take the attestations seriously. Many large companies now require employees at all levels to attest accounting info is correct. Most lawyers believe Volcker will lead banks to adopt similar structures. What’s more, accounting fraud does appear to have dropped. Although that could be because regulators haven’t been looking as hard.

That not to say banks won’t find ways to evade the Volcker Rule. They will. For example, hedges are allowed under Volcker. But the rules don’t require banks to hedge. So when taking client transactions, banks can decide to hedge some and not others. Kind of starts to look like proprietary betting, no? And here’s another list I made of six other risky bets not banned by Volcker.

Of course, there are other rules to stop banks from taking on too much risk. And those rules have been strengthened since the financial crisis. But Volcker alone won’t stop it.

Just the same, exploiting self-reporting won’t be the way banks get around Volcker. There are other much larger loopholes.

“Given the difficulties of defining what’s a trade, I think the supervisory apparatus that the rule lays is the way to go,” says Hal Scott, a Harvard Law professor who specializes in financial regulation. “[Paul] Volcker believes that’s the way to go, and I agree with him.”