Madoff redux: Would a red flag from JPMorgan really mattered? 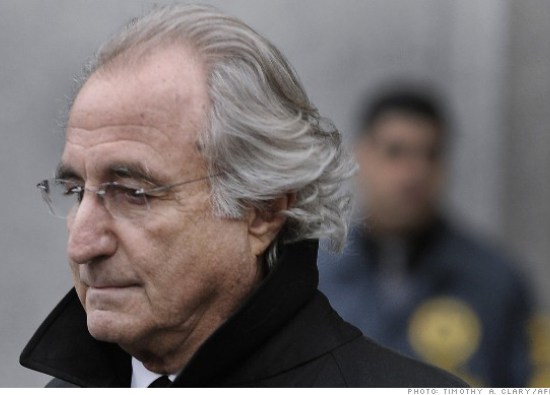 JPMorgan Chase (JPM) faces the prospect of yet another multibillion dollar fine. This time, it involves Bernard Madoff, who scammed investors in one of the biggest Ponzi schemes in history.

The bank is expected to pay nearly $2 billion to end a criminal investigation into whether it adequately warned U.S. authorities about Madoff’s massive scheme. A settlement deal with the Justice Department could come as early as next week, five years after Madoff’s arrest.

The fraudster initially claimed he acted alone. Needles to say, that was hard for most anyone to believe, and we now know that was all a lie. What’s worth noting is that Madoff eventually ratted out JPMorgan — his bank for more than two decades. In a 2011 interview with the Financial Times, more than two years after his arrest, Madoff claimed “JPMorgan doesn’t have a chance in hell of not coming up with a big settlement.” He claimed “there were people at the bank who knew what was going on,” although JPMorgan has repeatedly denied this claim.

In 2008, the bank filed a “suspicious activity” report with U.K. authorities, but it didn’t file such a report in the U.S. Why?

Looking back, it’s hard to say whether that would have mattered, at least in terms of putting the former Nasdaq chief behind bars. Recall a damning 2009 report by the Securities Exchange Commission, which found that the agency responsible for regulating the finance world missed numerous red flags regarding Madoff’s business dating back to as early as 1992.

The report detailed six substantial complaints it received against Madoff. Three investigations and two examinations followed, but the agency missed the warnings because, as the report found, it was hobbled by inexperience and incompetence. What’s more, investigators were intimidated by Madoff, known at the time as a big fish on Wall Street, the report found. Many questioned Madoff’s consistently big returns and the volume of his purported options trades, but the SEC didn’t realize it was all a big Ponzi scheme because it never verified the trading activities through a third party.

“A simple inquiry to one of several parties could have immediately revealed the fact that Madoff was not trading in the volume he was claiming,” the report said.

In the end, it was Madoff’s two sons who turned him in. The SEC has received plenty of flak for missing the boat on Madoff, and the agency has promised to correct its failing. During her confirmation hearing, SEC Chairwoman Mary Schapiro repeatedly pledged there would be no more “sacred cows,” a reference to Madoff.

Maybe alarms coming from the nation’s biggest bank would have made a difference. Maybe not. Regardless, the Madoff settlement represents federal regulators’ effort to try to correct much of what was wrong with JPMorgan; it follows the bank’s record $13 billion settlement last month over the sale of toxic securities to investors before the financial crisis. JPMorgan did not immediately respond to a request for comment.

And whether justice is served depends on how you look at it. The Madoff-related settlement is expected to include a so-called deferred-prosecution agreement, which would list all of the bank’s alleged criminal wrongdoing. However, such an agreement stops short of an indictment so long as the bank pays the fines and acknowledges its wrongdoing — similar to the $13 billion settlement deal JPMorgan struck over bad mortgages.

You can see this piece of the settlement as justice, as admitting wrongdoing has been viewed on Wall Street as potentially spawning more shareholder lawsuits. But if you see jail time as justice, don’t hold your breath.