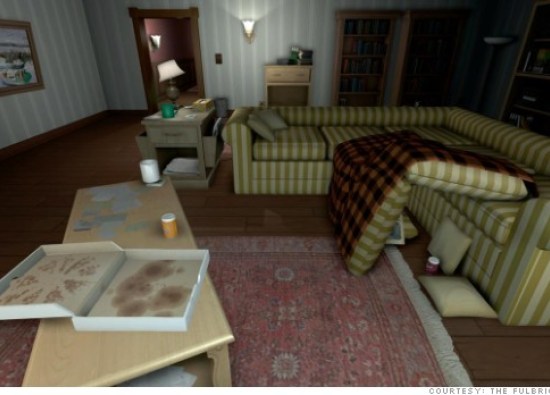 There’s no denying that videogames are big business. Grand Theft Auto V sold $800 million in one day, helping it hit $1 billion in sales faster than the fastest-grossing videogame ever.

But major league hits like GTA are not the only game in town. The advent of online game distribution has meant that game developers no longer need corporate infrastructure to get their games into the hands of players. Freed of the constraints, perceived or otherwise, of working in big business, indie game development has become a hive of creativity, development and, yes, profit.

Take for example Minecraft, the blockbuster block-building game that has been loaded up on PCs and iPads across the globe. What is now a gaming behemoth was hatched by one man, Markus Persson a.k.a. “Notch,” who created the game in his free time. What started as a small indie game project exploded. Minecraft has grossed well over $150 million, and sold more than 12.5 million copies on PC and over 33 million copies across all platforms. Notch quit his day job and founded a studio, Mojang, which now employs over 30 people.

What exactly constitutes an indie game is wildly contested within the gaming community, especially with some of the big corporate players offering indie development or distribution deals. Indie Game Mag has a good overview of the arguments. For our purposes, indie games are those developed without corporate funding or distribution, for example a game like Braid — which garnered a lot of buzz, reviews, and awards from the mainstream gaming press — that was created and paid for entirely by developer Jonathan Blow with no corporate influence.

With success stories like that, it’s no wonder that big gaming companies are paying close attention to the indie developers. “The indie movement is so exciting to me,” Sony Worldwide Studio’s President Shuhei Yoshida said recently in an interview on the PlayStation Blog. ”It really reminds me of when we were working on the original PlayStation. Back then, PlayStation really expanded the audience for gaming and brought in a lot of new developers. Lots of unique, interesting games came out of nowhere … I feel a similar kind of vibe and passion from those indie people today. I’m so excited this time.”

Sony is putting its money where its mouth is via the Sony Pub Fund. The Pub Fund gives indie game developers royalties up front so that they can fund their games. In return, Sony (SNE) gets exclusive rights to distribute the game, either fully or for a set period of time. Indie developers who get funds from Sony are still independent, and they only work from one game to the next, avoiding any long-term contracts.

Still, some indie developers prefer to go their own way and enjoy the entrepreneurial and creative freedom that comes from working completely separately from the big gaming corporations. While some companies like Double Fine and inXile are funding their ventures through Kickstarter, others like The Fulbright Company work on a shoestring budget, out of its own pocket, to make its vision a reality.

Working out of a basement in Portland, Ore., The Fulbright Company created one of the buzziest indie video games of the year, Gone Home. It’s an intense and atmospheric exploration-based game set in an eerily empty house sometime in the 1990s. The environment the developers created is a time machine to life in the Pacific Northwest in the 1990s complete with Riot Grrl soundtrack. In the game, players are tasked with making their way around the house, trying to piece together what happened. It’s nonviolent, interactive, and fun to play.

The game came from the mind of Steve Gaynor, who was a senior level designer on BioShock Infinite, but left his job to start an independent studio in Portland, bringing co-founders Johnneman Nordhagen, a programmer, and Karla Zimonja, a “jack of all trades” who collaborated with Gaynor at 2K Marin on the acclaimed Minerva’s Den DLC for BioShock 2.

They rented a house together and set up shop in the basement, where they could focus on what they loved to do most — develop story-driven games. Downsizing was a bit of a shock for the developers. “I went from working on Bioshock 2 with 80 or 100 people on it,” said Gaynor in a recent interview with Fortune. “When you work on a $400 million game, you learn how to do things right. On Gone Home, we knew that we wanted to do it right the first time. We had to.”

To do that involved months of work and testing all while living and working in the same house. “We had worked together before and trusted each other,” Gaynor said. “The real-world set up was necessity. But it worked out really well.”

“Worked out really well” is, perhaps, an understatement. “We made back our costs in the first 12 hours,” Gaynor noted, humbly adding, “Breaking even is a huge, but we made sure to keep our costs and our development budget were really low.”

In order to create the game that they wanted, but being mindful of budget restrictions, they had to think outside of the box going so far as to eschew any visible actors in the game. “Gone Home doesn’t have any characters,” Gaynor said. “We knew that in advance, because we didn’t have the artists on board for that, so we had to think, What can we do with a programmer, designer, and artist? On the other hand we weren’t sitting there thinking, Oh I wish we could have characters.” While financial considerations may have been the basis for the decision, the absence of characters results in a game that is even more personal for players, truly putting them in the seat of the choose-your-own-adventure action.

With its first venture under its belt, Fulbright Company is looking to what’s next. As with any startup, money is still a consideration. “The big question going forward is how much do we have to make our next game?” Gaynor asked rhetorically. “There are always money problems, but the next project will have new problems.”

There’s little doubt that the corporate gaming world will be watching.