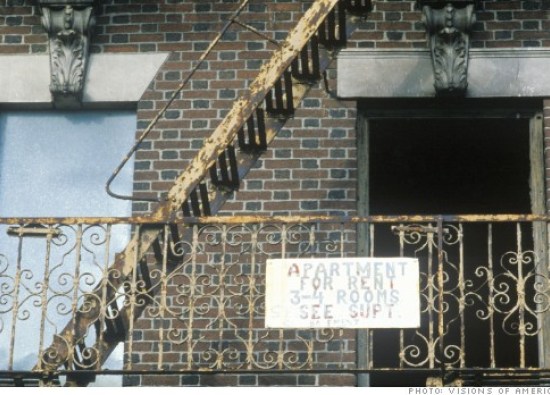 The wealth of Americans reached a nominal record high during the summer, the Federal Reserve reported Monday. Driven largely by surging stock prices and rising home values, net worth in the U.S. rose 2.6% to $77.3 trillion from July through September. That represents the highest level since such records started to be kept in 1945.

This is positive news, but likely only for the richest Americans. The improvement masks the fact that wealth is unevenly distributed among the affluent, who tend to own stocks. For most less-affluent Americans, their biggest asset is their home. And while property prices have been recovering, many homeowners were disproportionately hurt by the 2007 crash of the housing market; it may be a while before they feel any wealthier.

Just take a look at the market for rentals: It used to be that those who couldn’t afford to buy would rent. Now, however, more Americans are finding that renting isn’t a more affordable alternative, according to a study released Monday by the Joint Center for Housing Studies at Harvard University.

A shortage of apartments, especially cheap ones, has been an ongoing problem for years. The recession made it worse, as record foreclosures led to an increased demand for rentals of an already limited pool of properties, driving prices even higher. Demand also came from many who couldn’t get approved for a mortgage, as banks tightened lending standards.

True, the housing crash created a glut of empty homes ripe for renting. Remarkably, however, “soaring demand was more than enough to absorb the 2.7 million single-family homes that flooded into the rental market after 2007,” the study found.

Add to that more than a decade’s worth of stagnant incomes, and it’s easy to see why New York City political activist Jimmy McMillan proclaimed during the state’s 2010 governor’s race (over and over, mind you), “The rent is too damn high.”

In 1960, about one in four renters nationwide spent more than 30% of their income on housing, the traditional measure of affordability. Today, one in two are cost-burdened.

“Incomes just aren’t keeping up,” says Eric Belsky, director of Harvard’s joint center for housing studies. He adds the trend will get worse in the coming years before it gets better.

MORE: Don’t cut up your credit card (yet)

Throughout the economic recovery, housing experts thought higher prices for rentals was a positive sign. The hope was that renting would eventually become too expensive and it would make more financial sense to buy. While that might be true, and new home sales have been rising, it’s hard to see how many more renters can sock up enough savings for a down payment to buy when more are spending a bigger share of their income on rent.

Renters are missing out on one of the cheapest times to buy. And as more are finding it harder to pay rent, they’re missing out on years of building equity for themselves and their families.