Don’t mess with the penny lobby 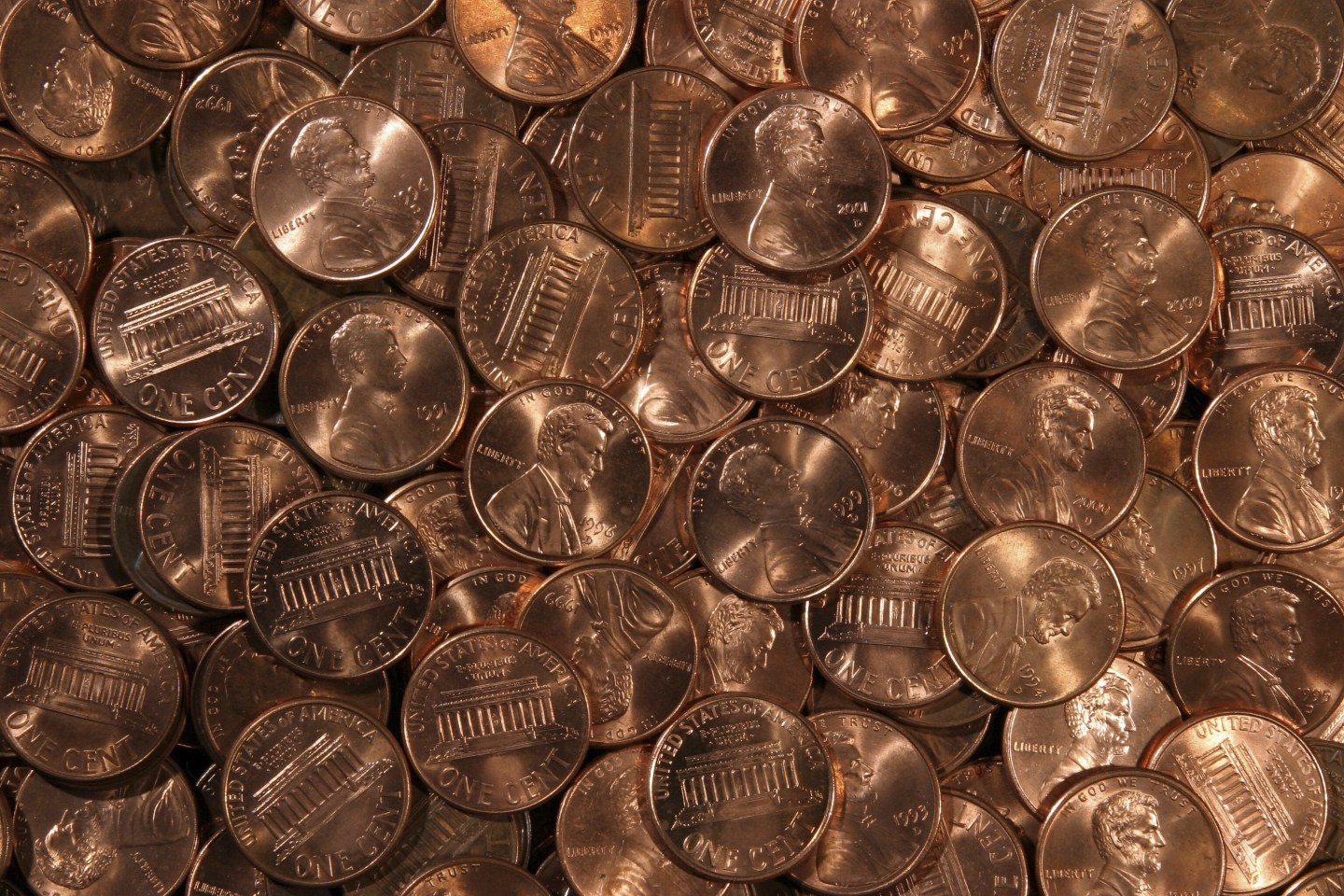 FORTUNE — Last month, the government of Canada announced that it was doing away with that country’s one-cent coin. Shortly thereafter, the group Americans for Common Cents issued a press release declaring that two-thirds of us south of the border want to keep the penny.

Judging by some of the news accounts, Americans are steadfast in their opposition to the elimination of the penny. “Penny Still Makes Sense to Most Americans,” declared the San Diego Union-Tribune, which described the ACC’s press release as a “report” and described the ACC as “a consortium of 50 groups that are working to highlight the benefits the penny provides to the economy and consumers.” MainStreet, TheStreet.com’s personal-finance site, described the group and its press release in similar terms and went with the headline “Only Some Americans Want to Cut The Coin.”

In few such accounts is it noted that the ACC is run by the main lobbyist representing the zinc industry, which supplies most of the metal used in pennies. The “report” was merely a short statement from the group citing various opinion polls, most of them completed from 12 to 20 years ago. The most recent was conducted in 2006 — by Coinstar (CSTR), a business that is built largely on the fact that Americans must periodically haul huge, penny-filled cider bottles to vending machines if they want to turn the coins into usable currency. (Coinstar also owns Redbox, the movie-rental outfit). The link provided by the ACC to Coinstar’s survey is broken, and there is no information on the company’s site about the survey, which, according to the ACC, found that two-thirds of Americans want to keep the penny. That’s the number several media outlets cited in their accounts of the “new report.”

It costs 2.4 cents to make each penny. That might be OK if the diminutive coins were useful, but for the most part, they’re not. It also costs more than a nickel to make a nickel, but there’s no movement to discontinue that coin. When pennies aren’t taking up space on people’s dressers, they’re often thrown away as garbage. “Picking up a penny from a sidewalk and putting it in your pocket pays less than the Federal minimum wage, if you take more than 4.9 seconds to do it,” writes New Yorker writer David Owen in his recent anti-penny column in the New York Times.

Even assuming that the ACC’s reported poll numbers are correct, it’s impossible to know how strongly Americans truly hold to their pro-penny views. They might answer “yes” to a poll-taker asking if we should keep the penny (depending on how the question is asked), but do they really care that much? How many of us are personally acquainted with any penny enthusiasts? Faced with the stark financial facts, any sentimental attachment might fade.

Beside national inertia, the main reason the penny is still with us is that business interests want it that way. President Obama, when he was campaigning in 2008, said he would like to rid the nation of this unnecessary burden. “I need to find out who is lobbying to keep the penny,” he said. The Center for Responsive Politics, which tracks lobbyists, has the answer: it’s Big Zinc sidekicked by the vending industry. Together, they form a powerful penny lobby.

All the stories about the group’s “report” quote Mark Weller, who heads the ACC. Weller works for SNR Denton, a huge legal and lobbying firm. Americans don’t want to be rid of the penny, he tells reporters, largely because retailers will tend to round prices up rather than down, and that’s inflationary.

Maybe, but something else that’s inflated is the amount of money that businesses interests invest in keeping the penny and, even more so, the amount they get in return. Jarden Zinc spent about $140,000 in 2011 to retain Weller’’s pro-penny lobbying services, about the same that it pays every year. It’s a good investment: last year, Jarden was awarded $48 million in federal contracts, according to the CRP.

Jarden’s not alone of course. The CRP has details on that company’s fellow metals producers, as well as vending-machine operators and others that are spending big money to keep our pockets jingling.