Face-Off On The Economy 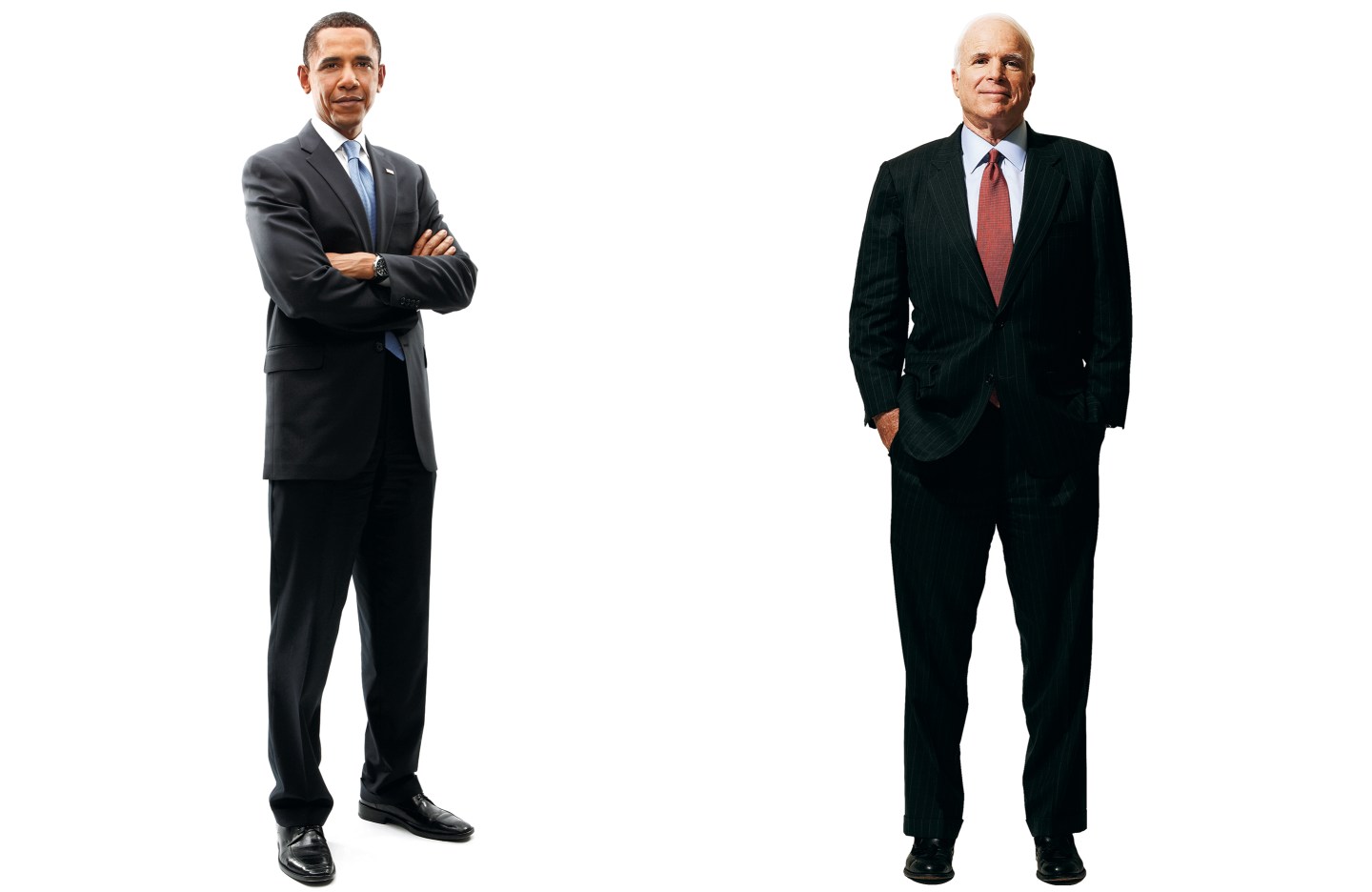 When they launched their bids for the presidency, the economy had not yet emerged as America’s issue No. 1. So John McCain and Barack Obama have put together their plans for fixing it while on the campaign trail, in fits and starts, with dramatic differences emerging. In this issue we profile the development of each candidate’s thinking (see following stories). Fortune writers sat down with the candidates (Nina Easton with Obama and David Whitford with McCain) to see how their answers compared on a few essential questions. Excerpts:

What do you see as the gravest long-term threat to the U.S. economy?

OBAMA: If we don’t get a handle on our energy policy, it is possible that the kinds of trends we’ve seen over the last year will just continue. Demand is clearly outstripping supply. It’s not a problem we can drill our way out of. It can be a drag on our economy for a very long time unless we take steps to innovate and invest in the research and development that’s required to find alternative fuels. I think it’s very important for the federal government to have a role in that process.

McCAIN: Well, I would think that the absolute gravest threat is the struggle that we’re in against Islamic extremism, which can affect, if they prevail, our very existence. Another successful attack on the United States of America could have devastating consequences.

You’ve been a supporter of climate-change legislation that would essentially impose a penalty on the use of fossil fuel. Should consumers and businesses be prepared to pay higher prices for gasoline and electricity?

McCAIN: The difference I have with the opponents of cap-and-trade is that they believe it will require greater sacrifice on the part of Americans. I think innovation and advanced technology are beneficial to the lives of American citizens and our economy. Long term, I do not believe we will see the price of a barrel of oil come down permanently or dramatically. I just happen to believe that even though this very high price—and it may go higher—has some artificiality associated with it, the fact is that there is a greater and greater demand for what is fundamentally a finite resource. So that then argues for nuclear power, for wind, tide, solar, and innovative technologies such as batteries that will take a car 100 miles before we have to plug it in.

OBAMA: There is no doubt that in the short term, adapting to this new energy economy is going to carry some costs. [But] I would never underestimate the power of American innovation. So my instinct is that there are going to be technological breakthroughs that [lead to] declining energy prices over the long term. I think that the key is to make sure that if there are any short-term spikes in energy that we protect those who can least afford it. I think it’s a mistake to do it artificially—for example, by suspending the gas tax. I think that is a gimmick that will end up actually increasing our consumption of oil.

ON ENERGY, McCAIN CALLS FOR “NUCLEAR POWER, WIND, TIDE, SOLAR,” WHILE OBAMA NOTES THE NEED TO PROTECT THE POOR FROM PRICE SPIKES.

Given the emergence of China and India as global economic players, what steps will you take to extend U.S. supremacy in the global economy into the 21st century? Or do we need to accept that the U.S. may not dominate?

OBAMA: The U.S. economy remains the biggest, the most dynamic, the most entrepreneurial of the world economies. And it’s going to be that way for some time to come. But China and India are on the rise. That’s generally a good thing, but it’s going to present some challenges. We have to figure out how to build on our strength. For example, we have the best university system in the world by a long shot. But if we’re starting to underinvest in our university system, or we’re making it harder for foreign students to come and study here, then we could lose that edge. Our spending on basic science has flatlined. It should double. It’s an enormously important investment in terms of encouraging growth.

McCAIN: I think when you look at innovation and which country has been most involved in the future economic growth of the world—and that’s information technology—the U.S. still has a credible lead. Of course, India and China will be economic superpowers in many respects. But I do not believe they will overtake the U.S. In other words, our fate is in our hands. If we educate, if we train, if we innovate, the 21st century will also be the American century. Governments matter. And raising taxes the way Senator Obama wants to do, and unilaterally renegotiating trade agreements, I think can have serious negative effects.

In the past couple of years we’ve seen the rise of a class of historically unprecedented wealth. Is there anything government should do about that?

McCAIN: All of us are for more transparency, whether it be trading in derivatives or some of the things that have caused this crisis we’re in. And that may require more supervision. But I’ve never begrudged anybody for getting rich. I think it’s important that we give all Americans an opportunity to get rich. That’s why education, training, are so vital. I don’t believe in the old redistribution of the wealth. I just want to make people with lower incomes able to progress up the economic ladder.

OBAMA: A lot of it has to do with the fact that the Bush administration didn’t see any role in providing opportunity for ordinary Americans. And so their costs keep on rising. Their incomes are stagnant. Meanwhile, people like me are finding ourselves doing better and better, and the tax code keeps rewarding us. So that’s been my general concern. And I think there are outstanding CEOs who are creating jobs, strengthening communities. But I also think that with all that power and resources at their disposal comes some responsibilities.

How would your management style differ from that of the current occupant of the Oval Office?

McCAIN: I have a very credentialed group of economic advisors that have the experience and knowledge to give me the right kind of advice and counsel. And I do not pretend that the buck doesn’t stop at the President’s desk. But I’d like to specifically recall one administration that doesn’t automatically spring to mind—Eisenhower, who really installed the entire decision-making process as far as national security is concerned, [based on] the years of experience that Eisenhower had commanding the largest invasion force in the history of warfare.

OBAMA: I insist on the suppression of ego. What I look for is to bring the smartest, most capable people together in an environment in which everybody shares a common vision, but there’s no ideological predisposition in terms of how to achieve that vision. And so I think the biggest difference in my management style is that I want a robust discussion with a lot of different viewpoints and a firm footing in the facts. I think a President has to make sure that people aren’t hesitant to bring bad news. I always want bad news first. Good news takes care of itself.