The marijuana edible industry is growing fast—and so are the rates of overdoses among kids and pets. Here’s how to keep them safe 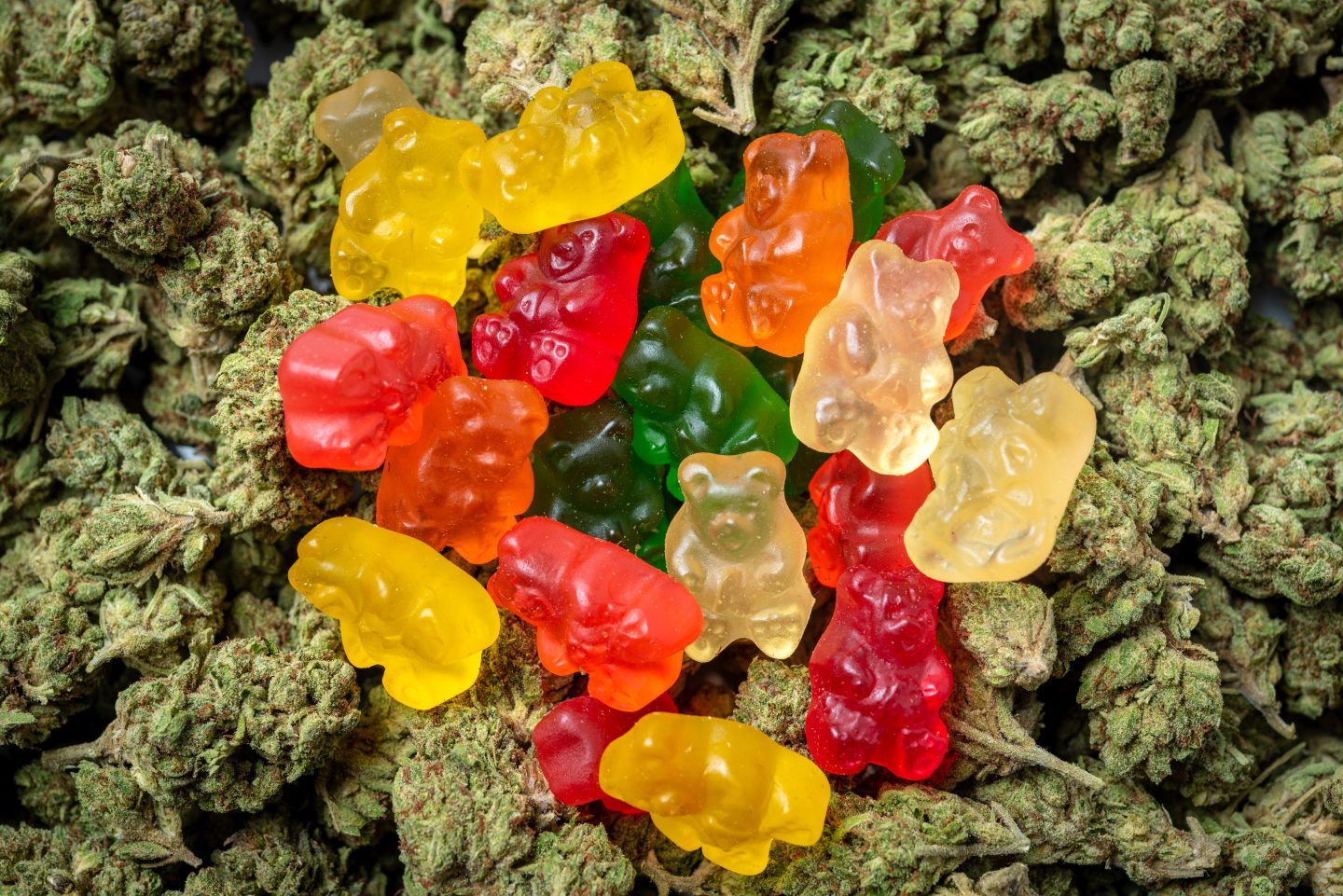 Gummies are especially problematic for kids as they look like candy.
Getty Images

With marijuana now legal for recreational use in 21 states and medical use in 37 states, consumers can purchase THC (the chemical responsible for marijuana’s psychological effects) in a wide range of food products, from gummy candies to turkey gravy mix. That can be problematic for anybody who has children or pets.

“When we look at who’s coming in for accidental ingestions, it’s like three- and four-year-olds,” says Phoenix-based pediatrician Gary Kirkilas. “They see something that’s highly colored and looks like candy, it’s going into the mouth.”

The same, of course, goes for dogs. “We see so many THC toxicities on a weekly bases in any ER urgent care and the vast majority of these cases are dogs with edibles,” says Erik Olstad, a health sciences assistant professor of clinical medicine and epidemiology at UC Davis Veterinary Medicine.

Between 2017 and 2019 the American Association of Poison Control Centers recorded 4,172 cannabis exposure cases in kids under nine and nearly 46% of those were from edible cannabis products. With the edible industry growing by a billion dollars annually, it’s likely that the incidents of children ingesting the drug will increase too.

Though THC-related deaths of children or animals are rare, it can happen when a very high level of THC is ingested. A serving of an edible typically has 5 to 10 mg of THC but some products can have 100 mg or more.

“The problem with little kids is that they’re really vulnerable to cannabis toxicity because they’re so small. With their smaller size and that same amount that adults take, they’re especially prone to cannabis overdose,” says Kirkilas.

Effects of edibles on kids

Symptoms of an overdose in children and teens may include the following, according to the American Academy of Pediatrics:

In younger children, a cannabis overdose usually presents as “some sort of central nervous system depression, so drowsy, kind of lethargic-appearing,” Kirkilas says. They can also have trouble with their muscle control and coordination. Adolescents may seem lethargic or “have a little bit more excitation, so palpitations, nervousness, hypertension or increased heart rate.”

In most cases, hospitals will just monitor children and the “symptoms will resolve as long as the offending agent is no longer there,” says Kirkilas.

Effects of edibles on dogs

The most visible signs of marijuana toxicity in dogs are dribbling urine or noise sensitivity, says Olstad. They can also have gastrointestinal side effects, like vomiting, and be lethargic, or have trouble coordinating their body, legs, and head.

Olstad says most cases with animal ingestion of edibles work themselves out with the help of time and a dark room where the dog can chill out. But that’s best left to the vet to decide: some animals need IV fluids or to have vomiting induced.

Keep all edibles out of sight and reach of both children and pets. Once kids are walking, consider storing edibles in a lockbox or locked cabinet. Don’t ever leave the products sitting on a countertop or table. (Dog owners: keep your dog’s ability to sniff out tasty treats in mind.)

Don’t buy products that are indistinguishable from a normal food item, says Kirkilas. He says gummies are especially problematic as they’re made to look like candy.

Communication is key when having people over or going to another home for a party. If you know your friends use edibles, ask them to keep the products locked away or in their car. And if they enjoy experimenting with THC in traditional recipes? Make sure those dishes are clearly labeled and kept separate from everything else.

If your child eats a marijuana edible, call the poison control center right away. If the symptoms seem severe, call 911 or head to the ER. If a dog ingests edibles, head straight to veterinarian.

Be honest about what you think or know they ate.

“If you tell me this is weed we can make this a much shorter visit. Either your dog has a devastating neurologic condition or this is something that’s very, very fixable with 12 to 24 hours,” says Olstad.