Viral infections like RSV, the flu, and COVID have one Southern California county declaring a pediatric health emergency. It’s far from alone 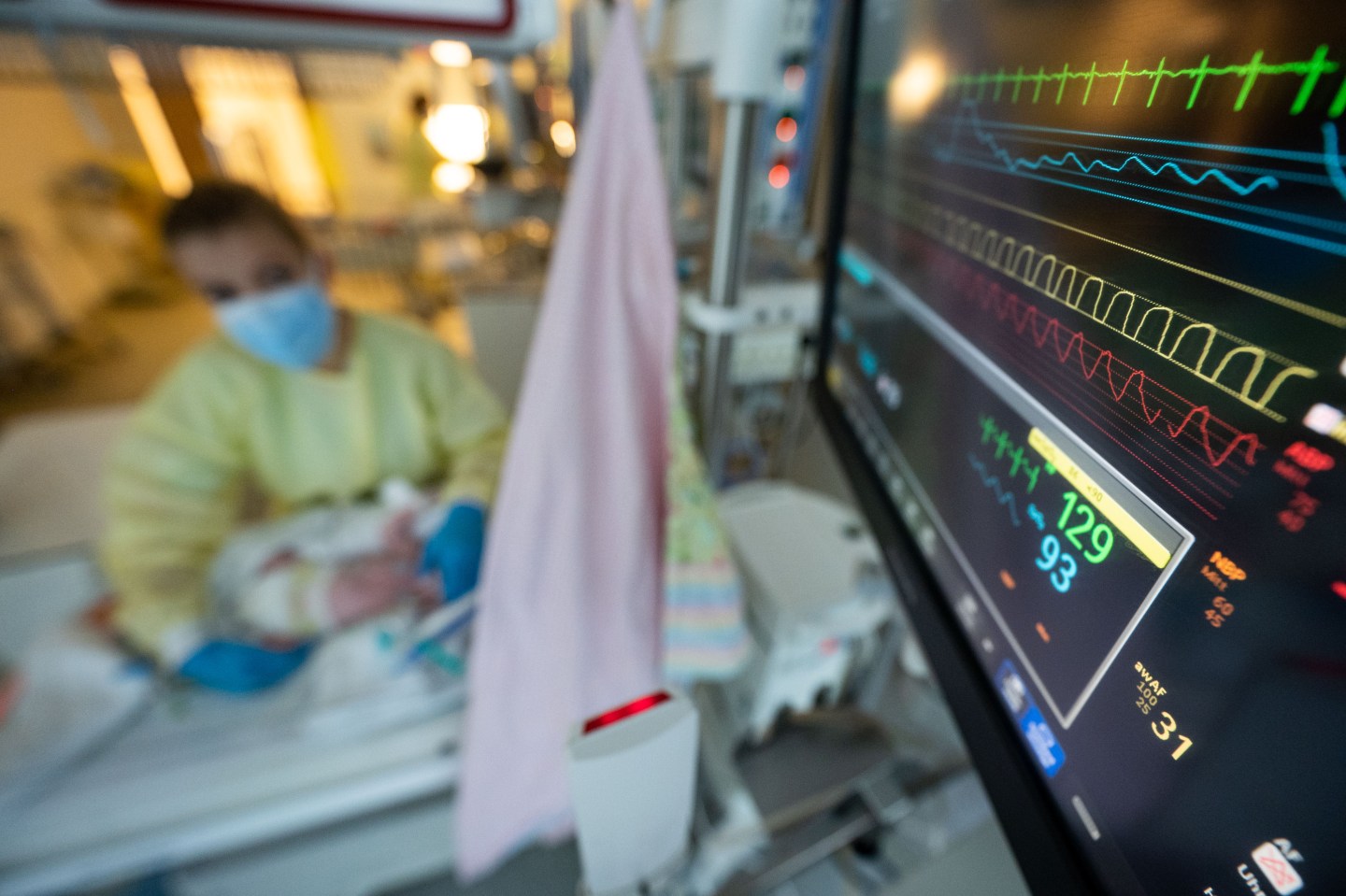 Respiratory syncytial virus, or RSV, is contributing to a rise in hospitalizations of children in Southern California.
Marijan Murat/picture alliance via Getty Images

California’s Orange County has declared a health emergency due to an overwhelming surge in respiratory illness that’s pushing pediatric hospitals to their limits.

Sky-high numbers of young patients are seeking emergency-room care in area children’s hospitals for RSV, the flu, flu-like illnesses, and, to a lesser extent, COVID, the OC Health Care Agency said Monday. The emergency declaration will allow the county to receive help from the state and federal governments, and to seek aid from nearby counties.

RSV, or respiratory syncytial virus infection, is a common virus that hospitalizes thousands of infants and young children each year, though it can also pose a risk to the elderly. Symptoms can range from mild cold-like ailments like sneezing, sore throat, fever, and stuffy nose to pneumonia, which can prove fatal. Patients can quickly take a turn for the worst.

Children’s Hospital of Orange County is seeing upwards of 400 children in its emergency department daily—a record high—and is using all available space to meet demands. It has activated a command center within the hospital to manage the high patient load, a spokesperson told Fortune in a Tuesday statement.

Southern California is far from alone, with hospitals all across North America experiencing similar struggles—and some even considering outdoor tents to house patients and calling in the National Guard for help.

Dr. James Stein, chief medical officer of Children’s Hospital Los Angeles, said his hospital is doing its best to accept transfers of respiratory patients from nearby hospitals that are overwhelmed, but is struggling itself.

“This increase in RSV and other respiratory illnesses has stretched our capacity in the emergency department,” he told Fortune in a statement.

The hospital is still admitting RSV patients and continues to do its best to accept transfer patients. But due to capacity constraints, “we are not always able to accommodate,” he said.

‘One of the worst surges I’ve ever seen’

The vast majority—around 75% —of U.S. children’s hospital beds are currently full, according to NBC News. To the north, Canada is seeing similar issues, with some pediatric hospitals canceling surgeries, according to media reports. Children’s Hospital of Eastern Ontario, a pediatric hospital in Ottawa, was at 130% capacity for intensive care beds and 134% capacity for inpatient beds, respectively, last week, a Canadian TV outlet reported.

Anecdotally, the figures have a ring of truth, Dr. Anita Patel, a critical care doctor at Children’s National hospital in Washington, D.C., told Fortune on Tuesday.

Patel is in contact with other East Coast pediatric hospitals, “and almost every single major one” is nearly full, she said.

Children’s National has been operating close to capacity for over a month. It’s formed an additional team of high-level ICU doctors to care for children who need ICU admission, but who must stay in the emergency room until a bed opens up, according to Patel.

The surge in pediatric patients was initially fueled by the common cold, but RSV quickly surpassed it. While levels of RSV have since plateaued, “the flu is really on a rapid rise in our region,” she said, adding that her hospital hasn’t recently seen a significant number of patients with COVID or other coronaviruses that can cause respiratory illness.

“I can honestly say that, unfortunately, with both RSV and the flu, we have had kids that needed to be intubated or have breathing tubes to help get through viral illness,” she said.

“I’ve been a practicing ICU doctor for a decade now, and I think I can safely say this is one of the worst surges I’ve ever seen.”

Flu and RSV cases usually don’t rise until later in the year, leaving experts like Patel bracing for a potentially worse winter at children’s hospitals across the continent.

A few factors are likely contributing, Patel says, including the abandonment of pandemic precautions and the impact COVID may have on children’s immune systems, potentially making them more vulnerable to other viruses.

“Most kids have had COVID, and there could really be something about COVID affecting children’s immune systems that we haven’t been able to fully understand at this time,” she said.

What’s more, influenza A—the dominant strain of flu so far this year—hit children in the Southern Hemisphere particularly hard during North America’s spring season. It seems to be having a similar effect on U.S. and Canadian children, though experts aren’t sure if that’s due to something about the virus itself or other factors playing in.

Orange County public health officials advise parents to seek immediate medical attention for their child if they’re having trouble breathing, showing signs of dehydration like not urinating or having very dark urine, experiencing a persistent or high fever, or if they look or act very sick. Parents in the county should call their pediatrician or nearest urgent care or hospital for advice on obtaining care before they head in, according to the agency.

In the COVID era, parents seem most concerned about children with pre-existing conditions when it comes to viral illness—and not always so concerned about those who are healthy.

Patel cautions them to think twice and ensure all their children are up to date on vaccinations, in addition to friends and loved ones who spend time with them. It’s “one of the only tried and true ways to keep kids out of the hospital,” she said.

“Of course children with a pre-existing condition are more at risk, but every single year we see previously healthy children get incredibly ill, and in rare circumstances, die,” she said.

“That’s why, among ICU attending physicians, you’d be hard pressed to find one that doesn’t regularly, routinely get their kids a flu shot.”