Yes, there’s an Adderall shortage. Experts say high demand and the pandemic are fueling it 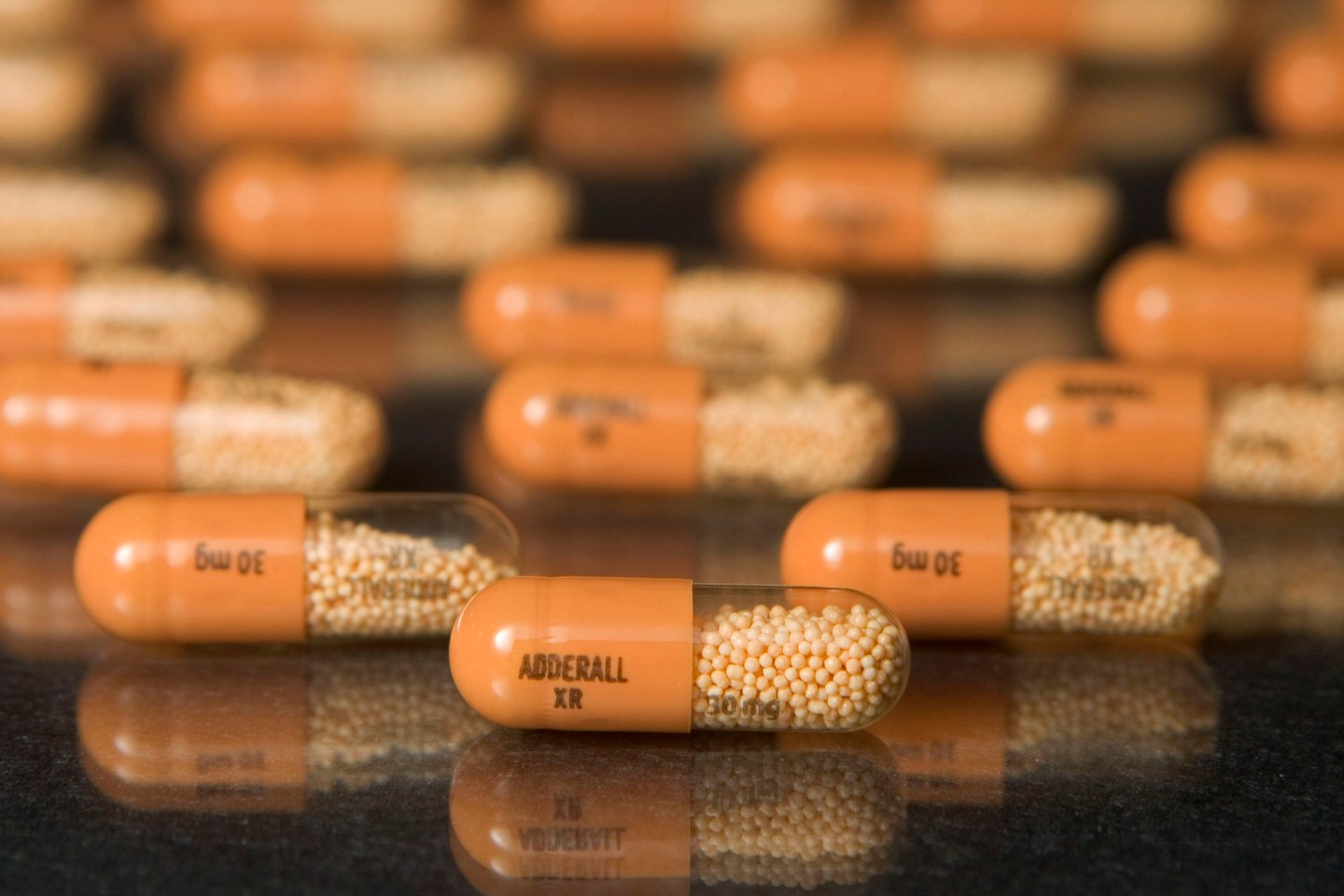 Adderall—a prescription stimulant used by millions with ADHD—is hard to come by these days, making life exceedingly difficult for those who use it to treat the attention disorder.

The current Adderall shortage was first reported on Sept. 19 and affects immediate-release Adderall and a generic version, as well as a sustained-release generic made by multiple manufacturers, according to a widely used industry database kept by the American Society of Health-System Pharmacists.

There are major supply-side issues contributing to the shortage, and six out of nine major manufacturers of the drug have reported difficulty keeping up with demand. Teva Pharmaceutical, the largest seller of Adderall in the U.S., has blamed “packing capacity constraints” and labor shortages, Bloomberg reported earlier this month.

But a sharp uptick in demand for the drug during the pandemic is also contributing to the current shortage, experts say.

Adderall has become so scarce in some regions that doctors have begun turning to alternative treatments for their patients, said Dr. Joseph Saseen, associate dean for clinical affairs and professor at the University of Colorado’s Department of Clinical Pharmacy. He also works at a family care clinic in Denver.

But such transitions aren’t always easy for patients, who must contact their prescriber for a different medication and go through an adjustment process, which may include side effects they’re not used to, Saseen says.

And some people are simply going without treatment.

“The biggest risk is the underlying disease becoming uncontrolled, which could result in a lack of concentration and difficulty performing normal activities,” he said.

A sharp increase in demand

Roughly 16 million Americans used prescription stimulants including Adderall in 2017, according to the U.S. National Institutes of Health. That number rose even higher after the advent of the COVID pandemic.

Experts Fortune talked to believe that the uptick is due in part to online mental health care startups launched during the pandemic that began prescribing controlled substances like Adderall and Ritalin via telehealth—something they were allowed by the U.S. Drug Enforcement Agency to do as of the spring of 2020, due to the pandemic.

One of those startups, Cerebral, is being investigated by the federal government for potential violations of the Controlled Substances Act, according to Bloomberg. The company has been accused in a separate lawsuit of setting a goal of prescribing stimulants to all of its ADHD patients, in an effort to increase customer retention.

This summer Rite Aid joined CVS and Walmart, in addition to some Walgreens locations, in ceasing to fill prescriptions for controlled substances like Adderall from Cerebral and another mental health startup, according to Bloomberg.

Some online-only telehealth prescribers offer assessments with a clinician that take as little as 30 minutes. But ADHD diagnoses should involve a thorough evaluation, which may not occur at all online prescribers, Dr. Sai Iyer, a developmental and behavioral pediatrician at UCLA Health, told Fortune.

In the children she treats, the evaluation includes the use of clinical surveys and potentially a cognitive evaluation, in addition to feedback from parents, teachers, and coaches.

“You don’t just diagnose ADHD without looking at the full picture and understanding what’s going on,” she said. “Is this just ADHD? Is it ADHD with a co-existing condition? Or is it not ADHD at all?”

The weight of the world

Dr. Tim Wilens, the chief of the Division of Child and Adolescent Psychiatry at Harvard University affiliated Massachusetts General Hospital in Boston, says that the pandemic was “extra challenging” for those with ADHD as they traded in their usual routines for virtual work and school.

For many individuals, the switch required a higher dose of ADHD medication. And many patients began to be more consistent in taking their ADHD medication—about half of patients stop taking it around the three- to six-month mark—adding to demand, according to Wilens.

“What we started to see in our own practices—and what I heard from across the country, is that the burden of virtual education was very high—and people needed to be treated in order to be able to engage at all,” he said.

He also believes the pandemic led to individuals with ADHD who were undiagnosed finally seeking help, due to COVID-related stressors like shelter-in-place orders.

“If you had been challenged with attention and are now stuck with virtual education, it really becomes manifest,” he said. “Did it expose what people had all along? Probably, yeah.”

Saseen believes the stress of global affairs have also contributed to the uptick in Adderall use, pushing some who were predisposed to ADHD into developing the full-blown condition.

It’s the pandemic, but it’s more, he says: “It’s stress from a variety of factors—political, what’s happening across the world, social justice issues.”

ADHD and anxiety often go hand in hand. A 2019 study in the Journal of Clinical Medicine found that high-stress events during childhood and young adults are “strongly intertwined with a persistent course of ADHD.” And a 2020 study found that children were nearly one-and-a-half times more likely to receive an ADHD diagnosis if their mother experienced a major stressor during pregnancy or reported high stress levels.

“There are just more people suffering from mental health disorders because of the changes happening in our world,” Saseen said.

The good news is that there are other drugs that can be used to treat ADHD patients during the Adderall shortage—both stimulants, which increase release of dopamine and can be addictive, and non-stimulants like some blood pressure medications and antidepressants—according to Iyer, Saseen, and Wilens.

Adderall is amphetamine—a class of mood-altering drugs used to treat ADD, ADHD, and narcolepsy—and there are eight other similar drugs on the market. There’s also the option of switching to methylphenidates—a similar class of stimulants— like Ritilan. And there are three categories of non-stimulant medications that patients can try, Wilens said.

The problem with switching from a stimulant to a non-stimulant medication is that they’re “not always satisfying,” he said. “My recommendation would be to stay within the amphetamine class and try one of the eight other options that may be available.”

But switching drugs isn’t always easy, according to Saseen. A change in medication can cause issues as a patient adjusts to a new medication, or a physician (perhaps working with a pharmacist) works to find the right dose.

There’s also the option of therapy, Iyer emphasizes, which is ideally used in combination with medication, for those who need it.

“Medication is only part of the story,” she said. “There’s life all around the medication” that therapy can assist with.”

Hope on the horizon

Saseen foresees the shortage continuing in the near term, and perhaps abating and returning again. These things happen in the pharmaceutical world, he says.

As patients shift to Adderall alternatives and demand decreases, the drug may become easier to come by again—but those alternatives may eventually end up in short supply as well, he says.

Wilen predicts the Adderall shortage will be a short-term problem.

And there are plenty of options available for patients who suddenly find themselves unable to fill their Adderall prescription, he adds.

“Really, people should continue to get good care for their ADHD. This is not a reason to say we don’t have anything available.”