The Shrinking Middle Class: By the Numbers

The American middle-class ideal was forged in the decades after World War II, when economic growth and wage increases climbed in lockstep for nearly 30 years. That pairing dissolved abruptly in the 1970s. Between 1973 and 2017, according to the Economic Policy Institute, the productivity of the economy grew 77%—but average compensation rose only 12.4%, adjusted for inflation. This divergence coincided with a shift in economic gravity, away from manufacturing and toward services and “knowledge industries.” That shift weakened the labor unions that had helped rank-and-file workers in many professions claim a bigger share of the bounty. Just as important were tax reforms that favored investment and real estate earnings over wage income. The upshot: an economic order in which the capital-owning class enjoys great advantages—and the costs of admission to and exclusion from that class grow ever higher.
BYNicolas Rapp and Matthew Heimer
December 20, 2018, 11:30 AM UTC 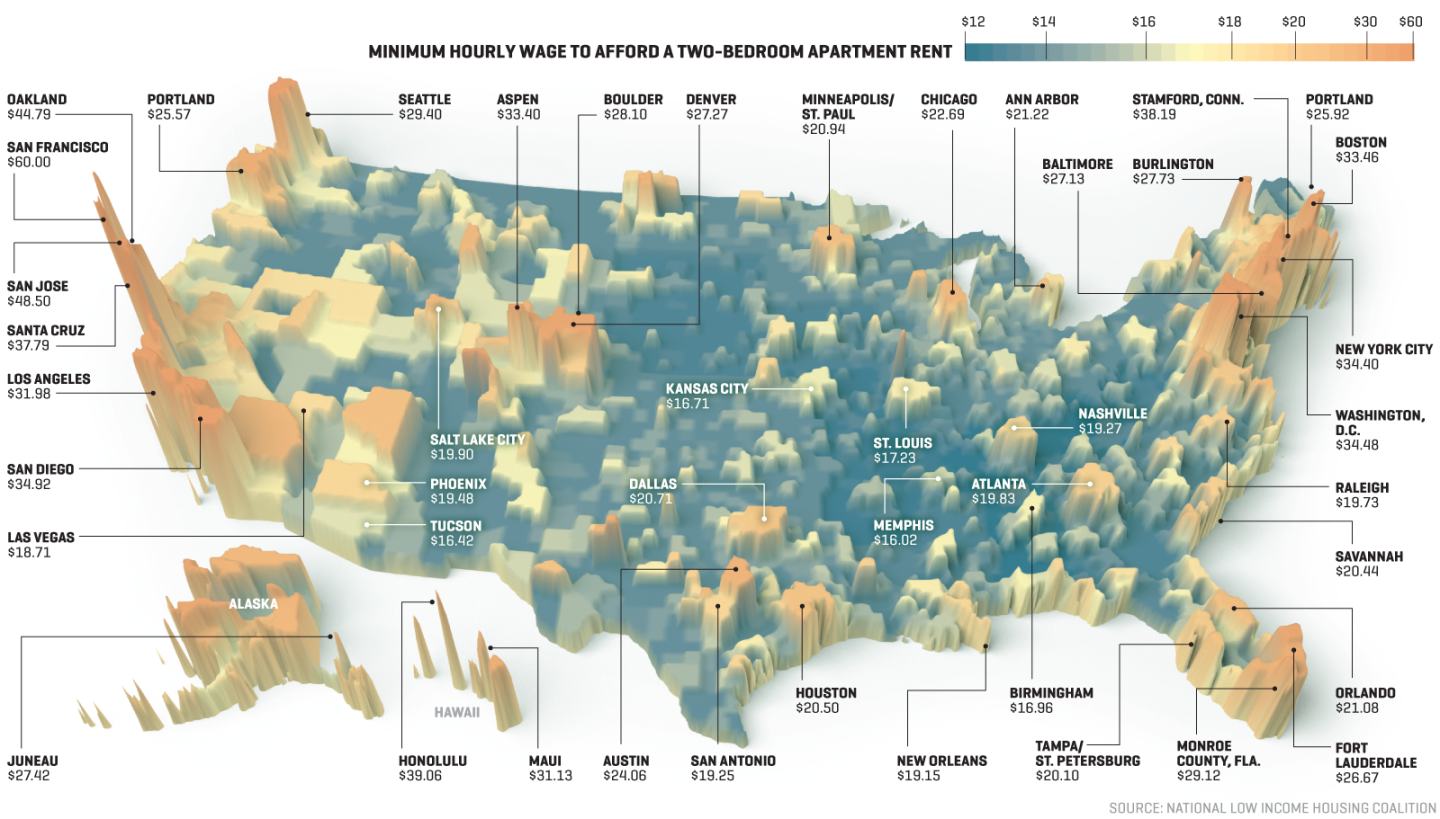 The Tightening Squeeze of City Living

The information revolution has increased the concentration of jobs in certain U.S. cities, especially in a few hotly competitive coastal metro areas. That dynamic has driven housing costs beyond what many middle-class earners can afford, making it harder for them to save for home ownership or other financial goals. (The median U.S. hourly wage was $27.35 in November; it’s lower in most of the Midwest and South.)

To The Victors Go The Spoils

Tax breaks for investors and property owners have helped concentrate wealth among the top 10%. The growing impact of higher education on earnings has had a similar effect. Since 1995, average income for graduate degree holders has risen 28%; for those with only a high-school diploma, that figure is 5%.

The bottom 90% of U.S. earners take home a smaller share of income than do their counterparts in most industrial economies—including in far less free societies like China’s.

Incomes haven’t risen as fast as rent, medical costs, or tuition—three of the biggest burdens for U.S. households. As a result, savings rates have declined, leaving middle-class earners more vulnerable to being bankrupted by an emergency or a job loss—and less able to put away money for retirement or for future generations.

A version of this article appears in the January 2019 issue of Fortune as part of the special report, “The Shrinking Middle Class.”