Telling men’s stories through their cars 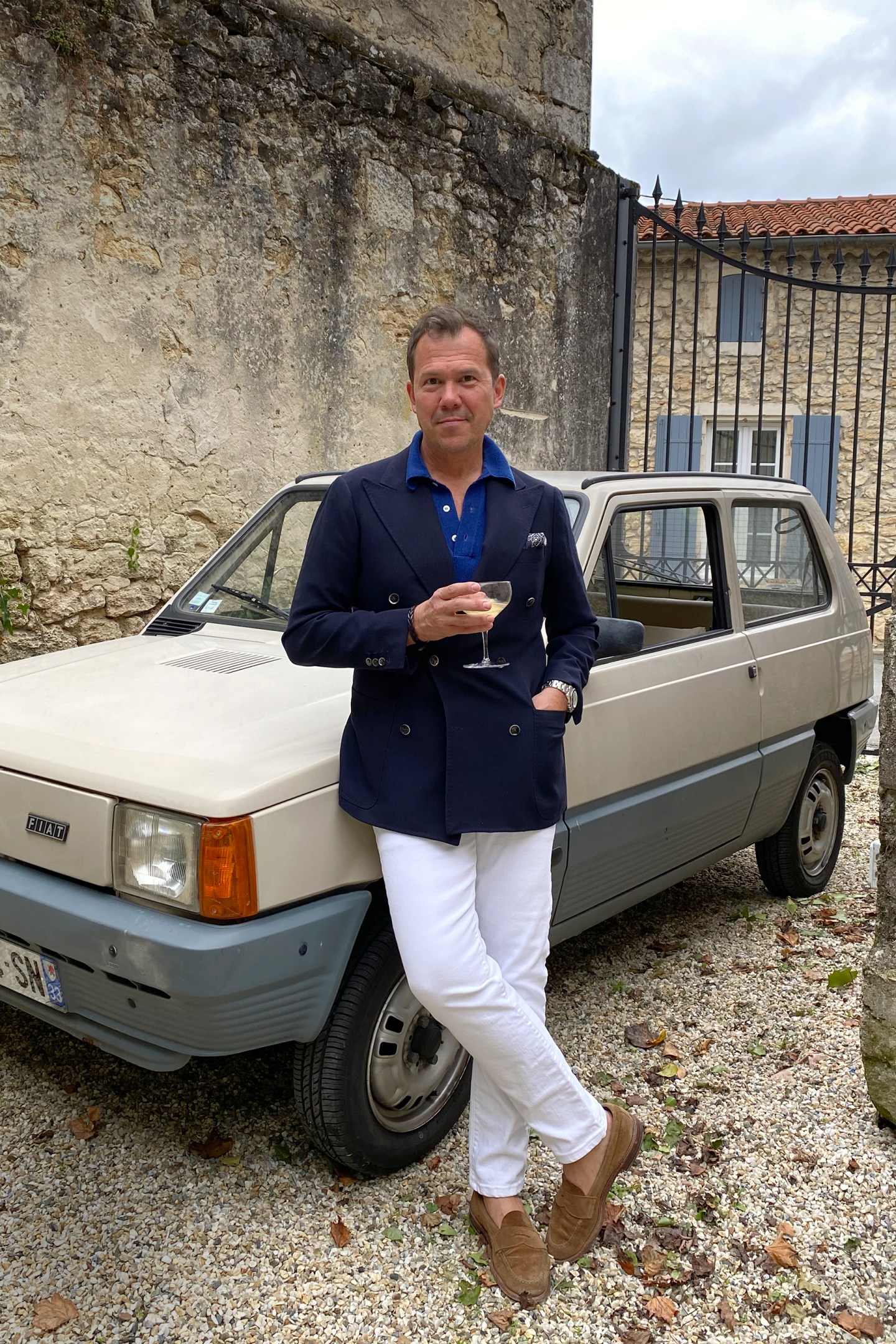 Matt Hranek relaxing at his home in the Médoc region of France with his beloved Fiat Panda.
Courtesy of Matt Hranek

Watches and cars share a common thread. In many ways these trappings of men with disposable income have become cliché. A Rolex or a vintage Porsche can be the shortcut to cool for well-heeled men of a certain bent. But beneath that veneer of showboating are often deeply personal tales. Those are the stories that photographer, magazine writer, and all-round bon vivant Matt Hranek teased out in his first book, A Man & His Watch (Artisan, 2017), and now with its sequel, A Man & His Car (Artisan, released Oct. 13).

In the new book, Hranek uses his 25 years of experience as a commercial and editorial photographer to capture the cars—warts and all—and his flair for conversation to tease out stories that will resonate with any car lover.

Fortune spoke with Hranek about the book and why men fall in love with their vehicles.

Hranek shoots a 1912 Hudson Speedster on his mobile set.
COURTESY OF A MAN & HIS CAR/MATT HRANEK/ARTISAN BOOKS

Your first book was about men and their watches. Some of those same men are in this book talking about their cars. What’s the common thread between “watch guys” and “car guys”?

I think guys like aesthetically pretty machines. And I think they’re symbolically heavy. A watch and a car, your choices of those things—if you’re being very conscious about it—present yourself in a very specific way to the world. Both have emotional intimacy, or the potential for emotional intimacy: the watch you inherited from your father, in my case, or the car that you dreamt of in high school that suddenly becomes your own. They often mark great events in one’s life.

How did you logistically approach shooting this book? Obviously watches are a lot easier to get into a studio …

I knew that, like with the watch book, I wanted the cars to be seen as they are. Not washed and polished and retouched. I wanted to show patina and wear. I also thought about how we look at cars and how designers intend for the cars to be seen—which is front, rear, and side.

Logistically, this project was a beast. I knew I was going to be traveling around the world to shoot a bunch of these cars, and I didn’t have a massive budget to do that. So I had to be really smart. I wanted to shoot everything on a black background, like the watches, and so I created a mobile set. I had a custom ripstop nylon backdrop made, some water-filled “sandbags,” tent stakes, and rope, and packed that into a giant Filson hockey bag. After a year and a half of traveling around the world with it, I just wanted to burn it!

Which car in the book was your “white whale”—the one that was the hardest to track down?

Well, the funniest was Marc Newson, the industrial designer, who has this incredible, all-original 1933 Bugatti Type 59. When I interviewed him, he was in Greece, and he said, “Listen, the car is outside London being stored. You can go anytime and shoot it.” So I fly to London, organize a taxi service to schlep me out to the farm where it was stored … and nobody told them I was coming. The owner of the farm had broken his arm, and this Bugatti was buried in the garage, surrounded by all these other priceless cars. I said, “We gotta get the Bugatti out of here!”

So it was me, the taxi driver, and a man with a broken arm moving all these priceless cars out of the barn. We pushed at least eight like they were Jenga pieces, and I got the shot. Because there was no way I was leaving without a photograph of that, absolutely no way. You have to go into these things respecting the spontaneity of the situation, you know? Because something is probably not gonna go right.

Some of these men you interview, like Jay Leno and Ralph Lauren, have huge collections of hundreds of vehicles. How did they choose which car to talk about?

It came down to one question always, which was, Which of these cars do you have the deepest emotional connection to? And they weren’t always the most glamorous cars; they were not always the most expensive cars; they were not always the most expected cars. When you walk into Leno’s garage, there are some very impressive machines there, but he went to the 1955 Buick Roadmaster, which was the first car he bought after arriving in L.A. in 1972, for 350 bucks. It’s a car he slept in while trying to make it and the car he dated his wife in. And now it’s all beautifully restored.

What was the car that charmed you the most?

I love Fiat Pandas. My friend Paolo Tumminelli teaches about car design [at the University of Cologne] and has owned spectacular cars and driven some amazing things. But his passion is Fiat Pandas, the early ones designed by Giorgetto Giugiaro, and his passion is infectious! You have this little box that looks like a toy Land Rover, like a car that a kid draws. But the amount of thoughtfulness in the design of that car that most people probably wouldn’t even look twice at, I just think is spectacular.

You chose your own 1987 Porsche 911 Targa to open the book and set the tone. Why that one, out of the cars you own?

I was a kid of the ’80s, and I loved the Porsche 911. I had a poster in my room of a Targa. That was the car that just made my pupils dilate and my heart race. And when I met my wife, this was her ex-boyfriend’s car. Yolanda made him buy it at auction because she thought he wasn’t representing hard enough, in the car situation. Fast-forward, we borrow that car to drive from San Francisco to Palm Springs, and we eloped! There are a bunch of juicy details in between, but I ended up getting that car in a horse trade. I think I made out pretty good in that deal.

A version of this article appears in the November 2020 issue of Fortune with the headline, “A man & their cars.”