The icon of Spanish cooking is challenging the way disaster aid is done
BYBeth Kowitt
April 18, 2019, 10:30 AM UTC 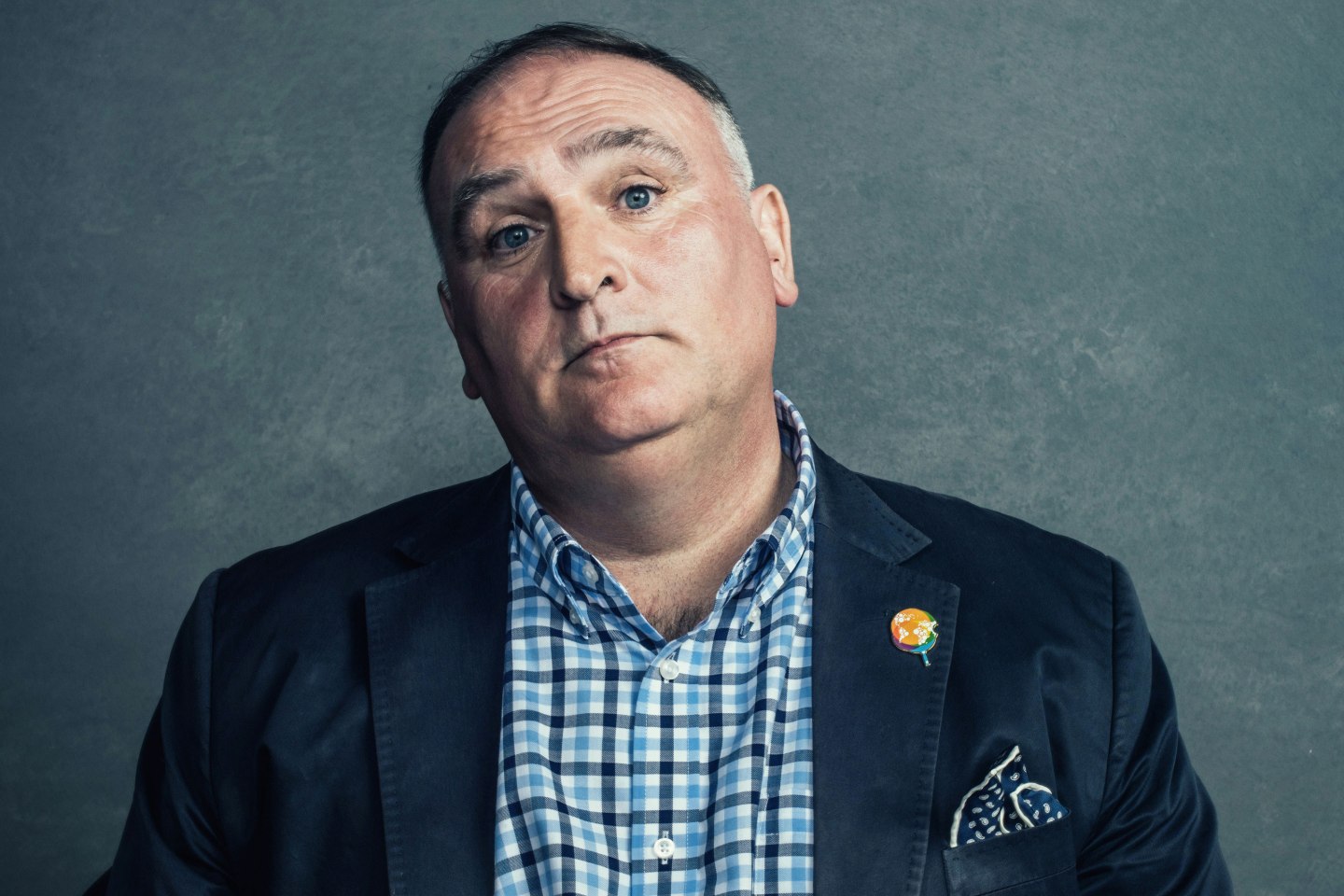 The staff of Fortune recently assembled our 2019 list of the World’s 50 Greatest Leaders. This story is part of that coverage.

In March, chef José Andrés descended on Manhattan to prepare for the launch of a fresh addition to his restaurant empire—a 35,000-square-foot Spanish food hall in the sparkling new Hudson Yards complex. Here, alongside other A-list chefs such as the French Laundry’s Thomas Keller and Momofuku’s David Chang, Andrés’s New York City culinary concept would ply patrons with cured meats and cheese, tapas and paella, and a selection of a dozen sherries.

Just over a week after the opening, Andrés was on the ground in Fremont, Neb.—population 26,000—handing out meals to families displaced by the unprecedented flooding wreaking havoc throughout the Midwest. That a two-star Michelin chef and pioneer of Spanish cuisine would deliver sandwiches out of a Catholic church here in Dodge County seemed obvious to Andrés.

“When you need medical service, you bring doctors and nurses,” he says. “When you need the rebuilding of infrastructure, you bring in engineers and architects. And if you have to feed people, you need professional chefs.”

Andrés has formalized that credo through his nonprofit, World Central Kitchen (WCK), which he founded after volunteering in Haiti in the wake of its 2010 earthquake. Since then, Andrés and his team show up with a simple mission wherever disaster strikes: to feed people, especially those who are hardest to reach. “The big problems have very simple solutions,” he says. In this case, it’s to just start cooking—a quest that is remaking ideas about what relief work and humanitarian aid can look like.

Since Haiti, Andrés and WCK have fed Texas, Florida, and North Carolina after hurricanes; Guatemala and Hawaii after volcanic eruptions; Indonesia post-earthquake and tsunami; federal workers during the U.S. government shutdown; firefighters amid the California wildfires; and Central American refugees in Tijuana. Most recently, Andrés was in Mozambique, which was hit in mid-March by a cyclone, attempting to double the number of daily meals produced by WCK to 20,000 by the time he left. He and his team do not wait for permission to show up. When people are hungry, he says, you must start feeding them today, not tomorrow or a week from now, after you’ve had a dozen meetings and made a plan. “We don’t sit waiting for someone to tell us what to do,” he explains.

Andrés’s most visible work took place in Puerto Rico, where he jumped on one of the first commercial flights to the island in the aftermath of Hurricane Maria. WCK would become the territory’s largest provider of fresh meals—to date it has served nearly 4 million—a feat that reportedly helped earn Andrés a Nobel Peace Prize nomination. WCK continues to operate in Puerto Rico through programs that help the island grow more of its own crops so it’s better prepared next time disaster strikes.

The chef’s experience in Puerto Rico further opened his eyes to problems with the current aid model; he saw NGOs moving without urgency and flexibility. Big nonprofits must become leaner, with more expertise, he says. “We come with a fresh view of how to solve the same problems,” he says. “We are not here to push anybody out, but I do think we are here to tell people we need to reinvent ourselves.”

This article is part of the World’s 50 Greatest Leaders feature, our annual list of world-changing leaders in business, government, philanthropy, and beyond. Click here to see the entire package.

A version of this article appears in the May 2019 issue of Fortune.