‘The whole world is coming together’: How the race for a COVID vaccine is revolutionizing Big Pharma

Drugmakers are teaming up like never before to fight the coronavirus. The benefits could last well beyond the pandemic.
BYClifton Leaf
September 21, 2020, 9:30 AM UTC 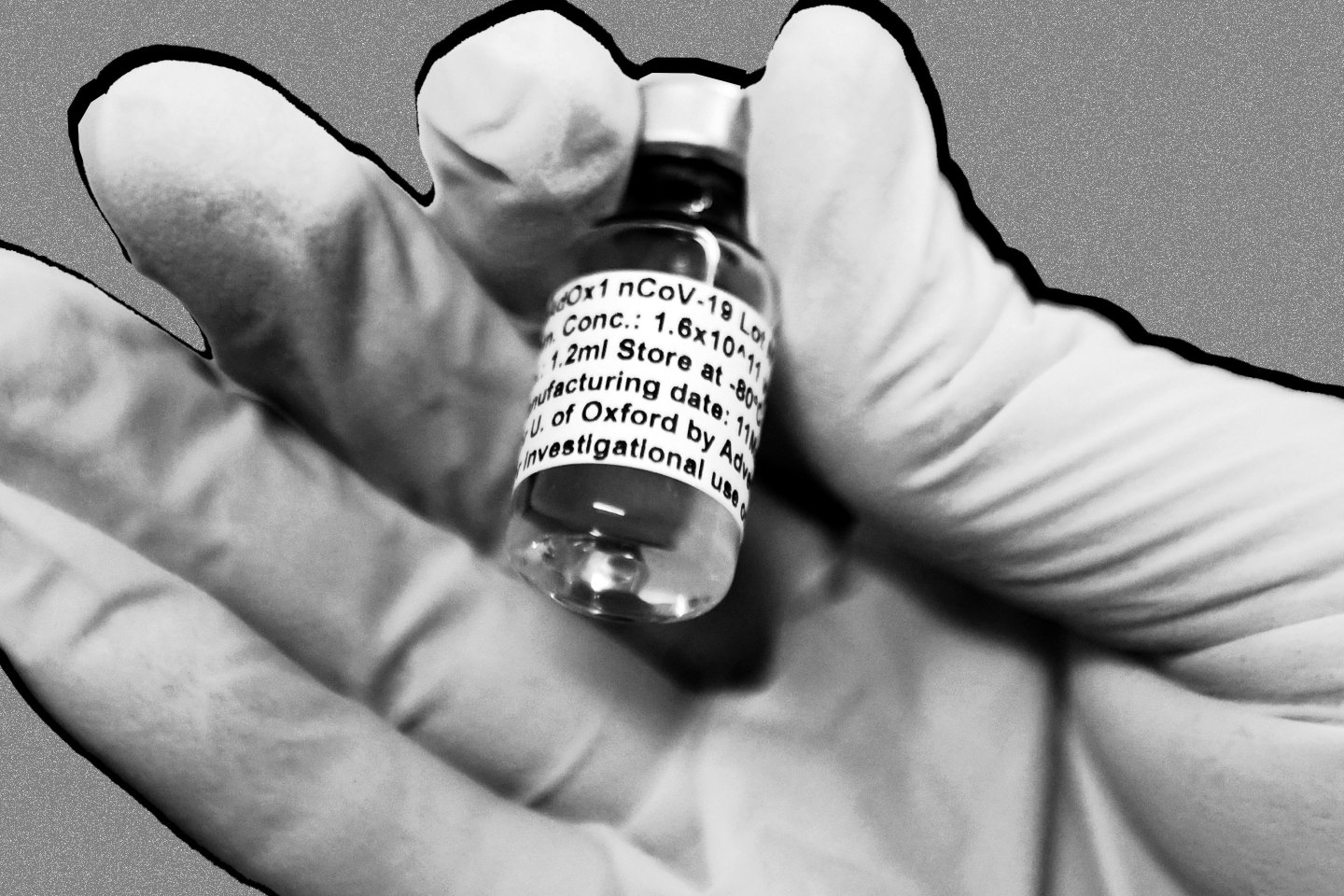 “Nearly 200 in development. Thirty-nine in human clinical trials. Nine in Phase III trials. I mean, yes, that is something.” There is marvel in Seth Berkley’s voice as he relates the progress made so far in producing a possible vaccine against COVID-19. But then, he’s quick to point out that these numbers are more mile markers than milestones. “We don’t know whether any of those are going to make it through,” he says. There remains much testing to be done before we’ll know if any of these valiant efforts produces a safe and truly effective countermeasure to this pandemic.

There are few people on earth who better understand the power of vaccines—or who know more about the challenge of developing, vetting, and distributing them around the world—than Berkley. The physician and epidemiologist presides over GAVI, the Vaccine Alliance, which over the past 20 years has immunized nearly 800 million children against a host of deadly pathogens, saving millions of lives.

Before becoming GAVI’s CEO in 2011, Berkley founded and led the International AIDS Vaccine Initiative—which itself was a long lesson in both perseverance and keeping one’s expectations in check. There is, after all, no vaccine yet for HIV, the virus that causes AIDS, despite nearly four decades of global endeavor. Nor is there one for SARS or MERS, those two other deadly coronaviruses that have emerged in recent years—nor for Lyme disease, West Nile virus, Zika, or the common cold.

Yet in one striking way, the swarm of initiatives to develop vaccines against COVID is unique, says Berkley. That is in the readiness of pharmaceutical companies to stand together in one very important common cause: ensuring that when vaccines are ready, they are available to the whole world at the same time.

A scientist at work at the Jenner Institute at Oxford University, whose research on vaccines for the MERS coronavirus has given it a head start in the COVID-19 vaccine race.
John Cairns—University of Oxford

The way this is manifesting is through what is itself a first-of-its-kind enterprise. GAVI, along with CEPI (the Coalition for Epidemic Preparedness Innovations) and the World Health Organization, have formed what they have called the “COVAX Facility”—a plan that pools together the purchasing power of wealthier nations to secure a portfolio of viable vaccines and simultaneously coordinates worldwide efforts to manufacture, stockpile, distribute, and deliver them safely and speedily to billions of people.

So far, more than 170 countries have signed on to the compact—and virtually every pharma company working on a COVID vaccine is participating in the planning, Berkley says. The goal is to invest in a portfolio of 12 to 15 candidate vaccines, as the most promising ones evolve, and then help those companies scale up manufacturing.

“We’re trying to do 2 billion doses by end of 2021,” Berkley says. “Nothing like this has ever been done before. Yes, we’ll have some rough patches—I’m sure we’ll have lots of critics—but the idea that, in a pandemic, the whole world is coming together, that industry is leading as part of this … that’s a really big deal.” And it’s a big deal that could have positive repercussions long after this catastrophic virus is corralled.

For a sector that has long been at or near the bottom of public opinion ratings—the pharmaceutical industry is currently the second-most disliked business group in America, according to Gallup’s polling, up from its dead-last ranking last year—the COVID crisis has provided an opportunity for redemption. And many knowledgeable observers say the industry has grabbed it. “Their response to the pandemic and this great work that pharma people are doing has reminded many of their capacities and how they can be helpful to the world—as opposed to the industry being viewed as kind of selfish and uncooperative,” Bill Gates tells me in an interview (please see “The Conversation”).

Perhaps the most unexpected aspect to that response has been the sector’s wholehearted embrace of collaboration. We’ve seen traditional pharma giant AstraZeneca, which in years past has not been a major player in vaccines, partner with a venerable academic institution (University of Oxford) to swiftly bring a vaccine candidate from lab to human trial. We’ve seen rivals snuggle up in pairs (Sanofi and GSK) and international collaborations galore: Germany’s BioNTech, for instance, is testing one novel messenger RNA vaccine with giant Pfizer, in New York, and a second with Fosun Pharma, in Shanghai.

Philanthropist Gates, whose Bill & Melinda Gates Foundation is working with a large number of biopharma companies to develop vaccines as well as medicines to treat patients with COVID, says he’s now witnessing a form of cooperation that seems never to have happened before, at least at scale—and that’s having a company that did not invent a vaccine provide its factories so that production can be rapidly increased.

Alethia Young, a top biotech analyst and head of health care research at Cantor Fitzgerald, in New York, also sees traditional rivals coming together to help in manufacturing COVID therapeutics. She points to Regeneron, a company she covers as an analyst: “They did a collaboration recently with Roche, so that Roche could help them get more supply of their antibody—and that’s unprecedented,” she says. “Normally, when you look in the area of oncology or in other spaces, Regeneron and Roche are competitors.

“A big issue with vaccines and all of these medicines is the rate at which you can produce and how much you can make of them,” Young explains. That’s because, in the math of the pandemic, “the task is not to make a medicine that’s available for a hundred thousand people or even a million people. You’re making a medicine that, over time, needs to be available to probably hundreds of millions of people.” And all this without disrupting the rest of your business, she adds: “These companies are pharmaceutical companies, so they have a whole other set of medicines they’re trying to supply for other stuff.”

In the case of a COVID vaccine, we don’t know yet which, if any, of the shots on goal will score—or when there will be enough supply of vaccine and medicine to protect the planet. We have seen enough of this brave new approach among pharma companies, however, to think their collective action over the past three-quarters of a year might actually change the world, or save part of it. The question is: Can they not only keep it up through the end of this pandemic, but also extend their sense of shared purpose to other unmet needs in global health?

Giovanni Caforio, CEO of Bristol Myers Squibb, said it well at Fortune’s virtual Brainstorm Health conference this summer: “I have never seen the level of collaboration that’s going on today … so how do we take what we’ve learned in the last six months and apply it to cancer?” Or, for that matter, to dengue, diabetes, and myriad other plagues?

GAVI’s Seth Berkley believes part of the answer to such questions is creating mechanisms that facilitate and foster such collaboration across companies, industries, nonprofit sectors, and governments. And an international model such as the COVAX Facility, for example, might even offer a template for tackling climate change, he says—allowing far-flung parties to break through inertial, political, and financial barriers.

“How, as a world, do we come together to make stuff happen?” he asks. In our age of pandemic, that challenge belongs to every government and business leader.

These Change the World companies are finding strength in numbers.

When the pandemic ravaged the U.S., the restaurant industry shed tens of thousands of jobs—but Walmart’s labor needs spiked. The retailer teamed with trade group the National Restaurant Association to find and hire workers.

After global travel disruptions broke medical supply chains, Medtronic shared the design specs for its ventilators with thousands of other suppliers, enabling them to build the vital equipment they couldn’t buy.

Five years ago—pre-COVID—dental and medical supplier Henry Schein cofounded the Pandemic Supply Chain Network, a public-private partnership to help distribute essential equipment in an emergency. In the current crisis, with help from partner UPS, the network has sourced more than $200 million worth of key gear.

A version of this article appears in the October 2020 issue of Fortune.