Just this side of the border with Canada, the small college town of Bellingham brews beers, churns ice cream, and serves seafood with the best of them.
BYNaomi Tomky
September 15, 2019, 11:00 AM UTC 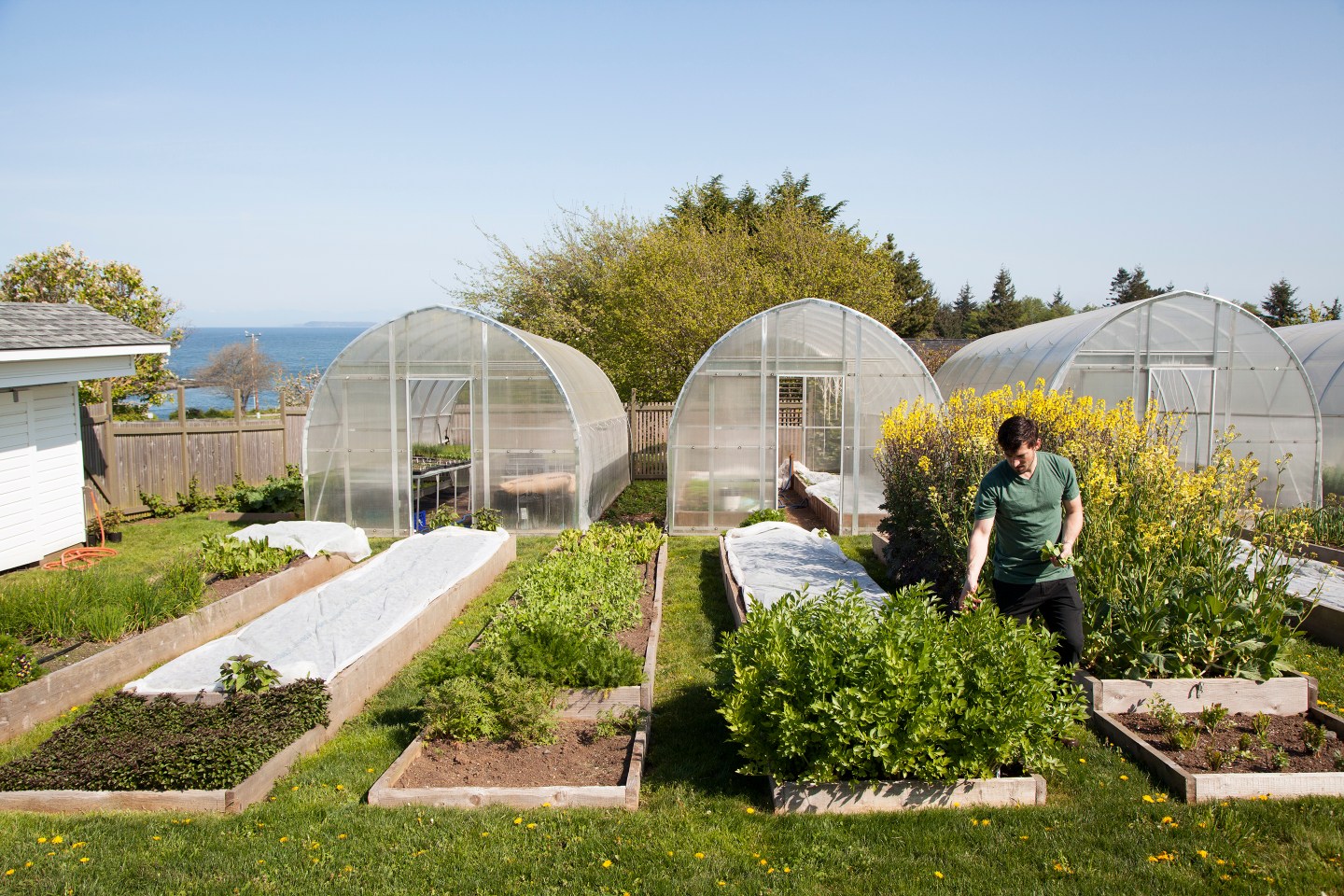 Seattle has long been Washington State’s main stage for the culinary scene. But a little college town called Bellingham, just a half-hour south of the Canadian border, looks to give the big city a run for its lunch money.

With its thriving microbreweries, devoted restaurateurs, and proximity to one of the most critically acclaimed restaurants in the country (just a short ferry ride away), Bellingham manages to balance the latest national trends with its long-held quirky, corner-of-the-country feel in a way that makes it an exciting and intriguing—not to mention delicious—place to take a culinary vacation.

For more than 20 years, Mallard Ice Cream has been the first stop for food lovers in Bellingham. Located in the center of old Downtown, it churns out intriguing flavors like jalapeño, twists on classics such as mint Oreo, and nondairy options including basil-lime ice. The smooth, small-batch scoops are near-perfect, and the only reason it’s been dethroned as the No. 1 priority for visitors is if kids go next door first, they get their cone for free after a meal at new sibling restaurant, Bantam 46.

Even without that added bonus, Bantam 46 deserves visitors’ dining dollars: It’s unlikely you’ll find any other chicken so impeccably fried this side of the Louisiana state line. Opened in May, the restaurant’s signature buttermilk-marinated, black tea–brined, cornmeal-fried chicken comes to the table as crunchy as potato chips and as tender as a Sunday braise. But the Southern tinge of the food belies its business model, which comes straight out of Bellingham’s historically liberal, hippieish leanings: The 46 in the name alludes to the percentage paid to employees (or their base wage, whichever is higher), eliminating tips entirely and ensuring them equitable payment.

Meanwhile, Mallard has new competition for dessert supremacy in the form of recently opened (as of August) cake shop Saltadena. With its clean, modern stylings and all-white furniture, the focus of the bakery fixes squarely on owner Nancy Stuart’s towering cakes, sold by the slice. After two years as a cottage business that Stuart ran out of her home, the shop enables her to welcome in folks looking for treats apart from an entire wedding or birthday cake.

Her slices come in flavors like chocolate salt-and-pepper, lemon raspberry, and the fascinating vanilla-bean cake with sweet-corn buttercream inside and salted-honey buttercream outside, sprinkled with freeze-dried corn dust and salted crispy caramel pearls.

It’s the same kind of out-of-the-box approach to a classic business that Nick Meza took in January, when he expanded his plant shop, Babygreens (opened in April 2018), to include a café. While the plant shop already drew a crowd, selling just the kind of houseplants that are extremely on trend, the café enabled Meza to make the space a bit more social. Serving espresso drinks graced with adorable latte art, pour-over coffee, kombucha on tap, and beer and wine for the afternoon crowd, the plant shop and coffee bar manage to exist seamlessly and symbiotically, creating a livelier space for the former and offering a unique ambiance for the latter.

The decor at both Babygreens and a pair of new bars in the Fairhaven neighborhood, Gainsbarre and Swim Club, can best be described as Instagram chic. (Think millennial pink and subway tile meet mid-century modern.)

The bars, opened in 2018, could as easily have been set down in Brooklyn as Bellingham, the former featuring natural wines and the latter a collection of craft cocktails that leans toward the tiki-esque. While Bellingham’s bar culture was founded on—and stays strong in—craft beer, the rise of these two spots helps diversify the drinking scene.

The beer folks aren’t resting on their laurels either: Star brewery Aslan will expand from its flagship taproom to another location in Seattle this fall. And new breweries, like Stemma and Twin Sisters, have found plenty of room to snuggle in, alongside more established veteran spots like Kulshan, Wander, and Structures.

But even among world-class IPAs, incredible ice cream, and innovative entrepreneurs, one culinary experience remains the undisputed king of the region: the Willows Inn, on Lummi Island. Ever since the New York Times declared it one of 10 restaurants worth a plane flight back in 2011, the tiny hyper-locally-focused kitchen has only improved.

Helmed by Noma alum Blaine Wetzel, the Willows Inn offers multicourse tasting-menu dinners featuring reef-net salmon caught in local waters; vegetables grown at the farm next door; and flora, fauna, and fungi foraged from all over the island, just a five-minute ferry ride from Bellingham.

For those not up for the $225 tasting menu with its more than 20 dishes, the secret to scoring a deal is arriving for a midday meal (what they call “snacks”), which uses the same ingredients but in a more casual fashion—and keeps prices in the low double-digits with dishes like roasted pumpkin soup with chestnut cream and chorizo for $12. Because providing a wider audience with easy access to fancy food is, perhaps, the most Bellingham thing they could do.

—Rwanda’s newest luxury safari lodge offers a plush sanctuary for your next getaway
—This tiny Caribbean island grows 44 types of mangoes
—This is where Oprah stays when she vacations at the Jersey Shore
—New Zealand’s hottest destination is one you’ve never heard of
—Listen to our audio briefing, Fortune 500 Daily
Follow Fortune on Flipboard to stay up-to-date on the latest news and analysis.