This year marks the coming-out party for the zippy successor to today’s wireless networks.
BYAaron Pressman and Nicolas Rapp
January 22, 2020, 11:30 AM UTC 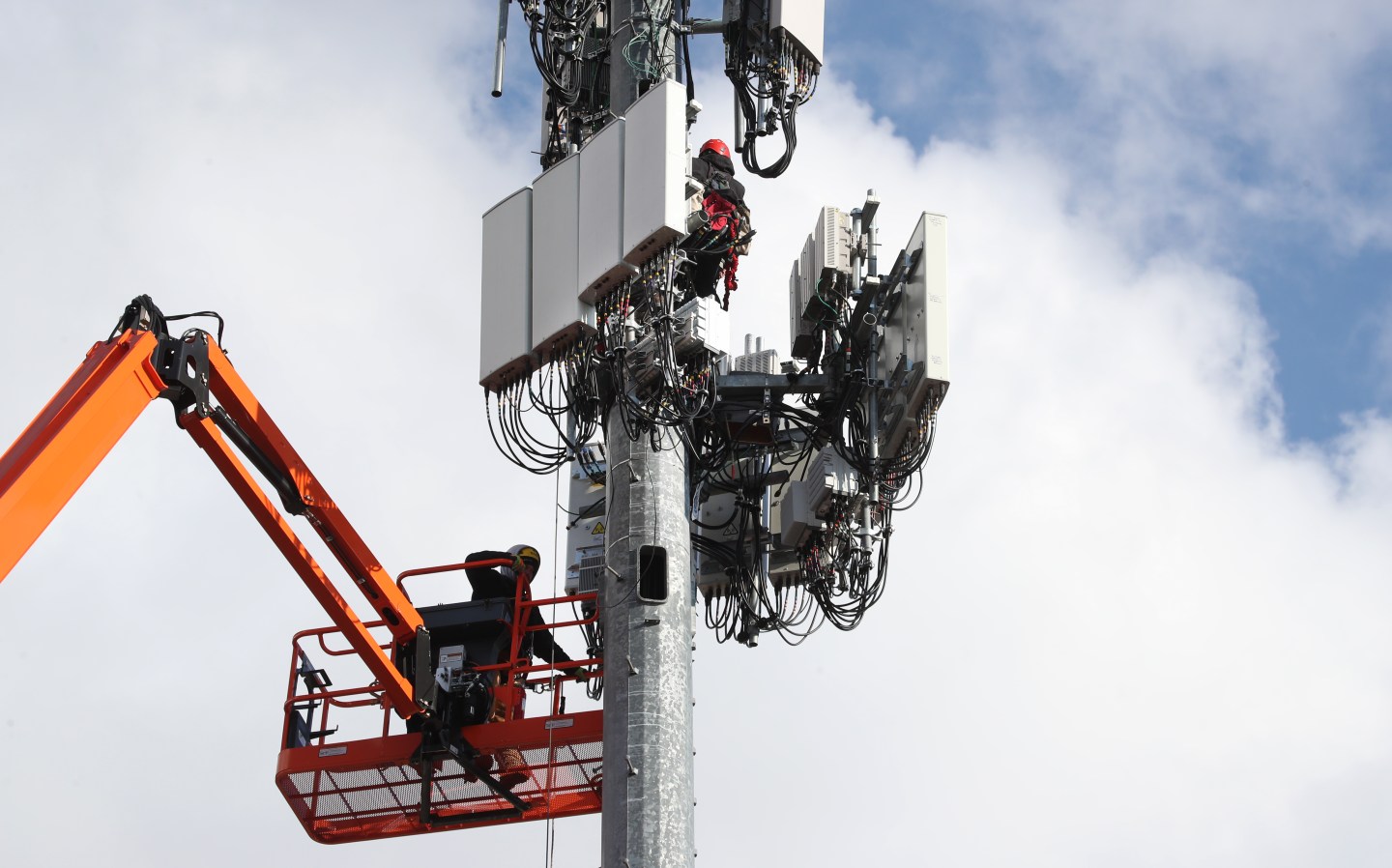 OREM, UT - NOVEMBER 26: Workers rebuild a cellular tower with 5G equipment for the Verizon network on November 26, 2019 in Orem, Utah. The new 5G networks that are coming soon, will be 10x faster than the old 4G networks. (Photo by George Frey/Getty Images)
George Frey—Getty Images

After years of hype, most Americans will finally be able to use new, superfast 5G mobile networks in 2020—at least if they buy a new phone.

Last year, the four major wireless carriers—AT&T, Verizon, T-Mobile, and Sprint—started introducing 5G, but most of them added service only in parts of a few dozen cities. And even then, some of those connections were barely faster than existing 4G LTE networks.

This year, the push for 5G will accelerate. AT&T and Verizon plan to extend their 5G service nearly nationwide. T-Mobile, which already has broad coverage but with limited speeds, hopes to add faster connections. Meanwhile, Sprint’s fate is tied up in the legal fight over its proposed merger with T-Mobile. If the deal is blocked, Sprint may lack the money to expand its limited 5G footprint.

In general, the upgrades by the carriers should, for example, allow for downloading an entire 4K movie in less than a minute. They’ll also open the door to improved technology, such as virtual reality goggles that rely on wireless networks for their whizbang imagery instead of goggles that require users to strap on bulky portable computers. Additionally, businesses hope to benefit by tapping 5G to connect more sensors that measure everything from moisture on crops to traffic on roads. And 5G could help autonomous vehicles and factory robots send data back and forth so they can operate.

However, this wireless nirvana is still a few years away. Mobile carriers must add hundreds of thousands of new cellular sites. AT&T, for example, built more cell sites in 2019 than in the previous five years combined. It plans to install even more this year. “Carriers are going to make or break their reputations based on how robust their networks are,” says Chris Sambar, executive vice president of AT&T’s technology operations.

Then there’s the problem of 5G-compatible phones. So far, consumers have been able to buy only a few very expensive models, like Samsung’s $1,300 Galaxy S10 5G. More phones should be coming later this year. Still, the wireless industry’s hope that millions of people will buy new devices so they can get 5G may be too optimistic.

For one thing, many new technologies that are supposed to make 5G indispensable, including those wireless virtual reality goggles, aren’t available yet. Without a killer app, mobile carriers will have a hard time convincing consumers that 5G is worthwhile. Says IDC analyst Jason Leigh, “The simple fact of the matter is, for many, 4G LTE works perfectly fine.”

A version of this article appears in the February 2020 issue of Fortune with the headline “Getting 5G Up to Speed.”

—Food-delivery services feeling pressure to finally turn a profit
—Beware: Iranian cyberattacks may actually be false flags
—How to avoid the growing ‘fleeceware’ scam
—What $1,000 in 10 top stocks a decade ago would be worth today
—Jack Dorsey makes it clear: Twitter will never get an edit button
Catch up with Data Sheet, Fortune’s daily digest on the business of tech.