NFTs had an up-and-down 2022. Some of these still sold for seven figures 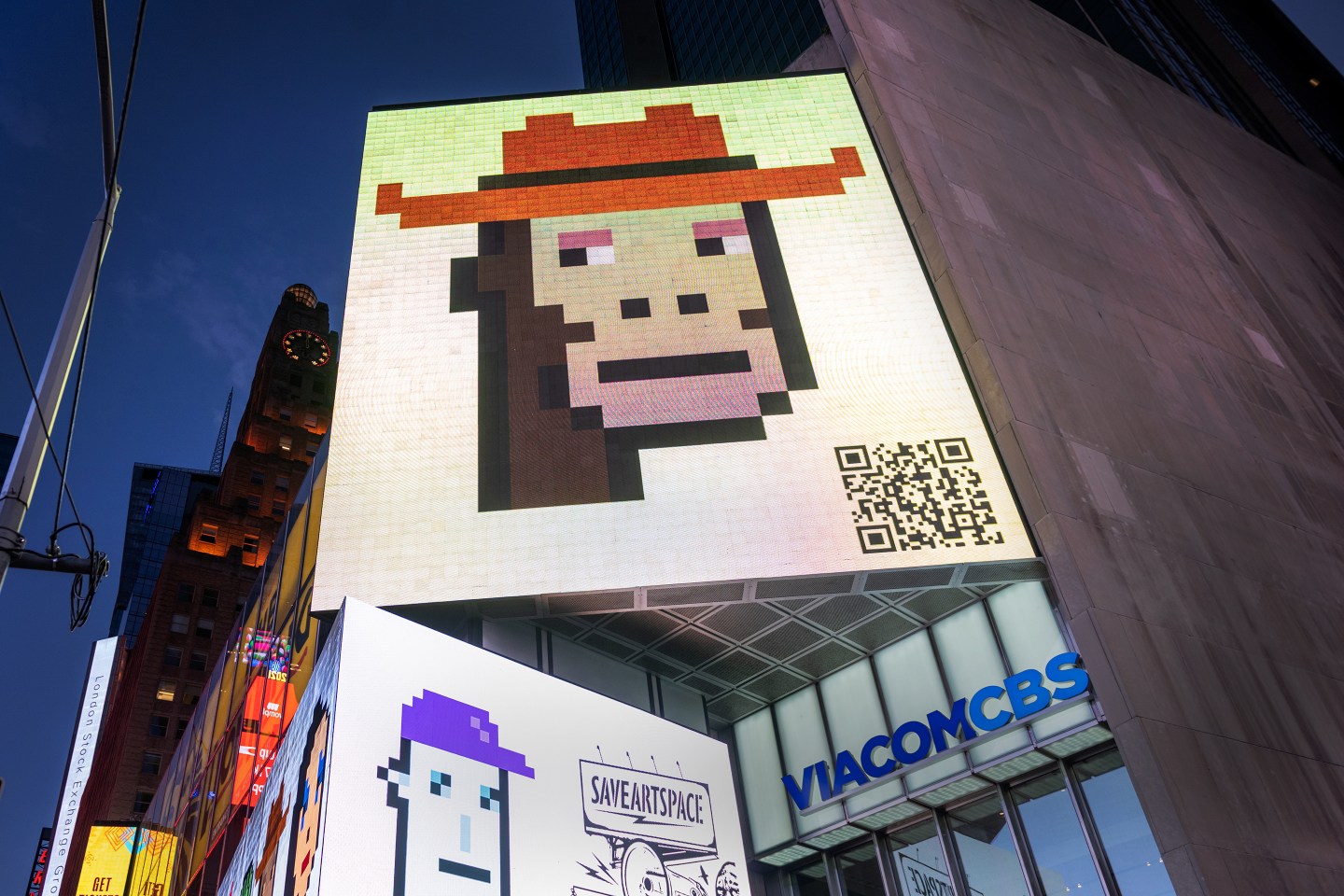 Of the 10,000 CryptoPunks, only 1% of them are wearing cowboy hats.
Alexi Rosenfeld—Getty Images

NFTs had a rollercoaster year.

But that doesn’t mean people have stopped buying NFTs. In fact, several of the most expensive ever were sold in 2022, including these:

Created by anonymous digital artist Pak, this NFT was sold in February to AssangeDAO. It reflects the number of days Julian Assange has been held in London’s Belmarsh Prison. Proceeds from the sale were donated to help the WikiLeaks founder’s legal defense.

Deepak Thapliya, the CEO of blockchain infrastructure company Chain, bought the most expensive CryptoPunk of the year in February. The profile picture NFT features an alien with blue skin and a dark blue bandana. Among the 10,000 CryptoPunks in the collection, it’s one of the only aliens. CryptoPunk NFTs are some of the oldest and most expensive in the market, with an overall price floor of 63.5 ETH, or about $77,000.

The CryptoPunk collection again made an appearance among the year’s top-five most expensive NFTs with this profile picture-style image of an ape with a cowboy hat. It was purchased in February by Robert Leshner, CEO of Compound Labs. A miniscule 0.24% of the 10,000 CryptoPunks are apes, and only 1% of them are wearing cowboy hats.

More than 3,000 people contributed about $6.75 million at the time to buy an NFT of the Ukrainian flag in March, following Russia’s invasion. The effort was spearheaded by UkraineDAO, an organization formed by Russian art collector Nadya Tolokonnikova of Pussy Riot, NFT studio Trippy Labs, and PleasrDAO members. The decentralized organization donated the proceeds of the auction to Come Back Alive, a group that supports the Ukrainian army.

Bought by the anonymous collector @rarecollector3000 in January, this NFT by XCOPY depicts a deathly figure carrying a man across the River Styx.