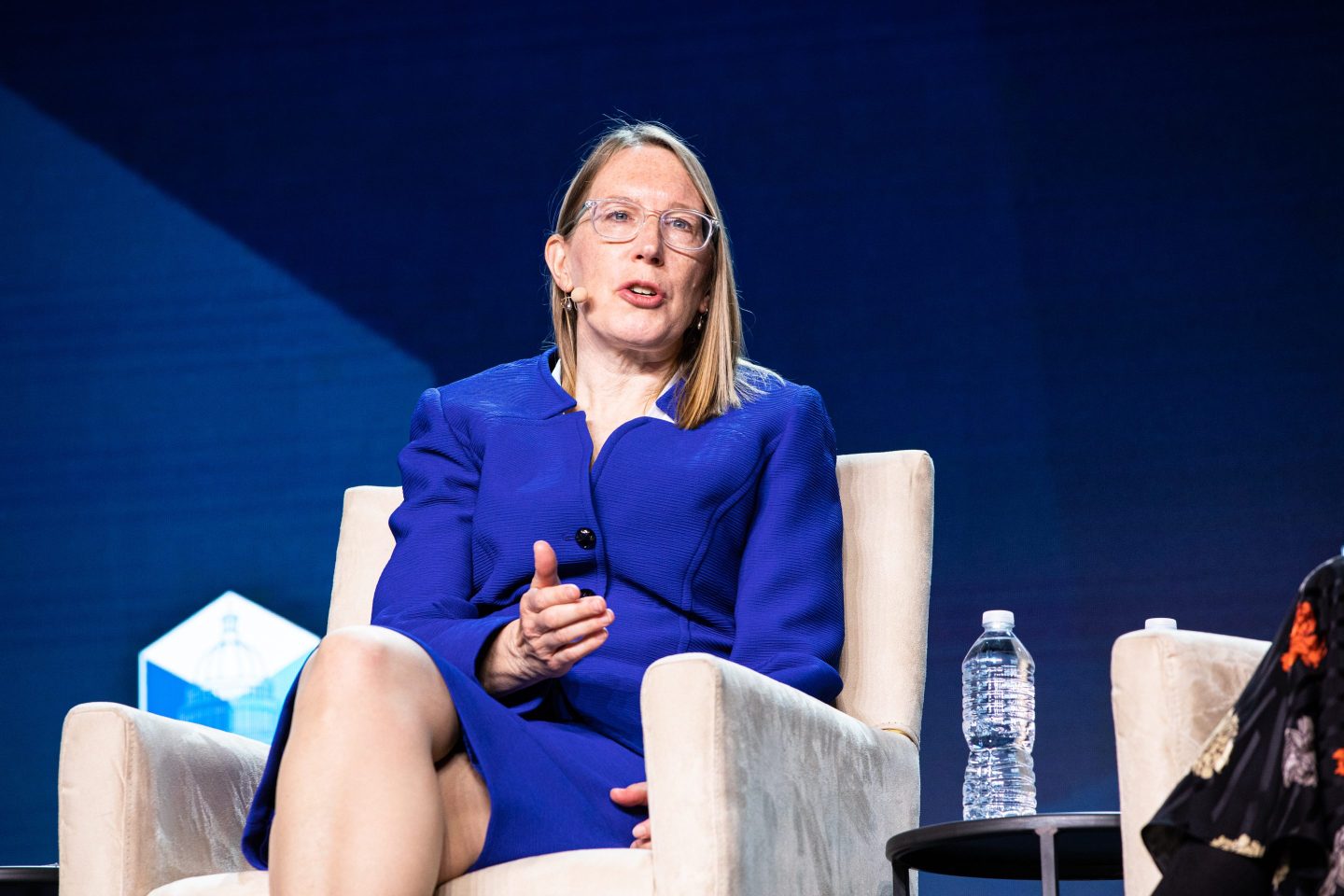 Hester Peirce, commissioner of the Securities and Exchange Commission, said the agency should provide more clarity around NFTs.
Valerie Plesch—Bloomberg via Getty Images

The Securities and Exchange Commission has provided little clarity over rules on NFTs, and that needs to change, according to Commissioner Hester Peirce.

Peirce, one of five SEC commissioners including Chairman Gary Gensler, told the Financial Times that some NFTs could be regulated like stocks and bonds, and that the agency should provide more information that adds transparency for players in the industry.

“NFTs are one particular area where we could provide some guidelines,” Peirce told the FT. “What would be the harm in us going out with something like that?”

Peirce singled out governance NFTs, which give owners a say in how an organization is run, and in some cases a share of its profits, as well as fractional NFTs, which are split and sold in multiple pieces, as digital assets that could fall under U.S. securities law.

“If an NFT were a security and someone did make misrepresentations about it, then they’ve got a securities fraud kind of issue,” Peirce added.

The comments from Peirce come as the SEC is probing the NFT industry with an investigation that includes both exchanges and creators. Last week, Bloomberg reported that Yuga Labs, the company behind one of the most popular collections, Bored Ape Yacht Club, was a part of that investigation.

A spokesperson for Yuga Labs told Fortune that the company is helping the SEC learn more about the industry.

“It’s well known that policymakers and regulators have sought to learn more about the novel world of Web3. We hope to partner with the rest of the industry and regulators to define and shape the burgeoning ecosystem,” the spokesperson said in a statement.

The SEC did not immediately respond to Fortune’s request for comment on Monday.

Peirce was appointed by former President Donald Trump and has often disagreed with Gensler, who in a speech last year compared crypto to the “Wild West,” and in the past few months has spearheaded a series of enforcement actions, which some have criticized.

In May, the regulator nearly doubled the number of employees in its Crypto Assets and Cyber Unit, which looks into the crypto industry. Earlier this month, the agency made waves by fining businesswoman and influencer Kim Kardashian $1.26 million for allegedly failing to disclose she was paid to promote a cryptocurrency on Instagram.