3 women share their Web3 dating stories: ‘I’m really not interested in ever dating a crypto guy ever again’ 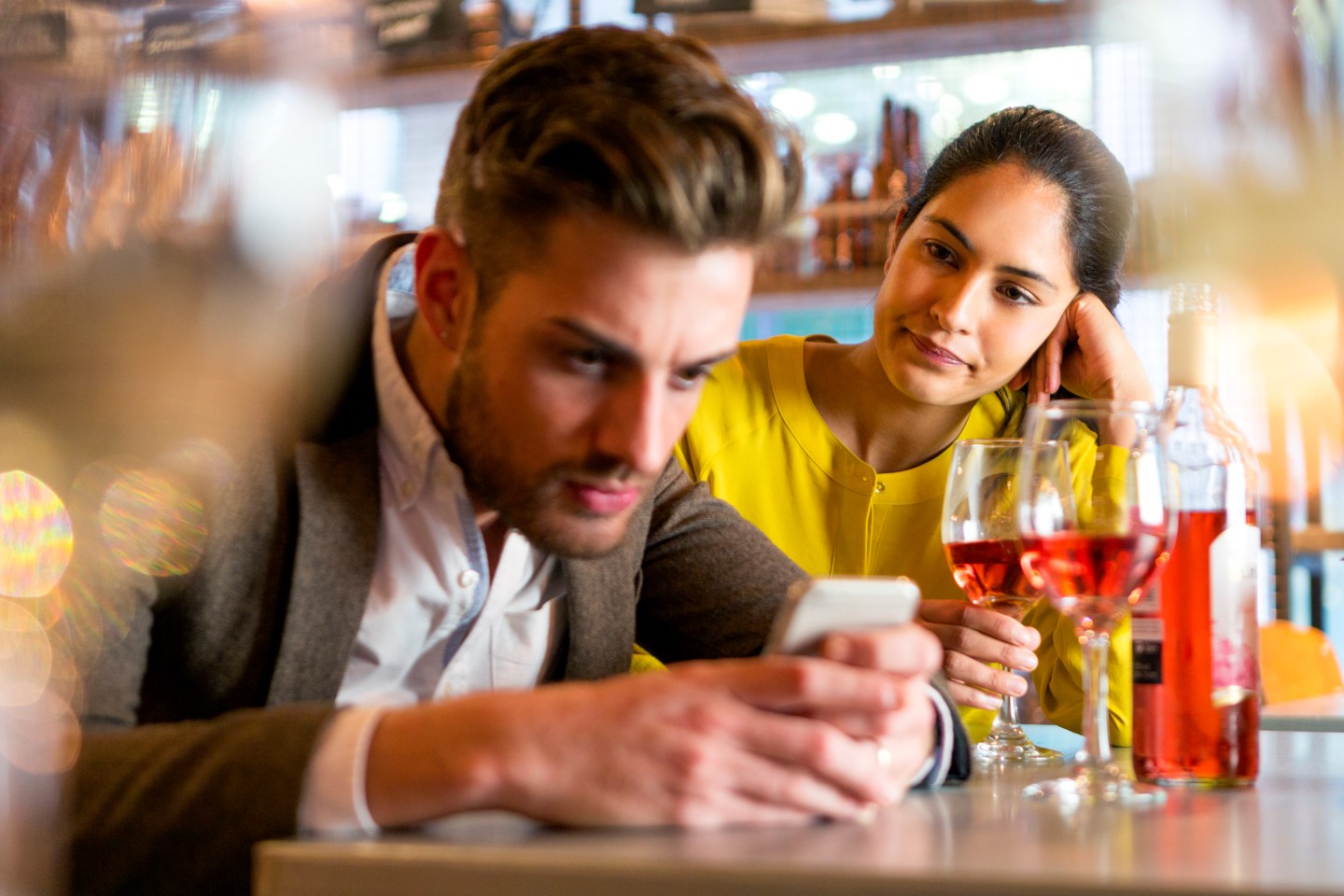 “I would never date a crypto guy again,” said a software engineer based in New York after she ended a seven-month relationship with the founder of a Web3 startup.

The stereotypical “crypto bro”—defined by the Urban Dictionary as “a person with a weak grasp on cryptocurrency applications yet has strong-formed opinions on the ‘best’ ones’” – is known to have committed at least a few of the biblical seven deadly sins: pride, greed, lust, envy, gluttony, wrath and sloth.

He is the sloth, because the goal is to be rich, not look rich. He is greedy, because he is always tweeting about coins going “to the moon.” He is a gluttonous twentysomething partygoer, always overindulging in the open bar. He is wrathful, always seemingly able to start a fight on Crypto Twitter. Lastly, he is proud. Proudly displaying an NFT (non-fungible token) in his studio apartment that he claims to be contemporary art, which he loudly bought for six-figures when his favorite celebrity quietly changed their profile picture to a cartoon monkey.

Yes, these “sins” can be found in every human being in every industry. But why is it so prominent in crypto?

For CoinDesk’s Sin Week, a software engineer, a theater performer and a weathered crypto sis share their experiences of dating men in crypto … and how that turned out.

A New York software engineer met up with a 23-year-old Ivy League dropout … ahem Web3 startup founder from the West Coast. She went in for a “casual business meeting.” He thought it was a date. The romance blossomed from there. (For privacy reasons, we’re not revealing any real names here.)

He was charming and charismatic, and most importantly, investors loved him. But for the software engineer, not so much.

“He was invited to a lot of very upscale events with potential investors,” she said. But, he always traveled solo because these parties always came up at the last minute. They tended to be in Austin, Texas, Puerto Rico or Atlanta, and they always happened to be on a yacht.

But he didn’t mind all that traveling, she said. These “business trips” were financed by his dad, his de facto angel investor. “His dad really wanted him to go back to school and get a corporate job,” she said. “And that created a lot of tension for them.”

Working in a traditional 9-5 job and with almost-zero experience in crypto, she couldn’t sympathize with his skewed outlook on money or with the fact that he never had a wage-earning job. And the cherry on top? “He would wear very cheap clothing. He put in no effort,” she said. “And it was [supposed to be] a power move.”

Toward the end of the relationship, his company grew by crazy valuations. But, he ditched it to start a new one, around the same time the romance died.

“I’m really not interested in ever dating a crypto guy ever again,” she said.

“I was really frustrated by the ‘be your own boss’ mindset,” she added. She said being a founder “really changes how you perceive yourself and what you expect from other people … and he carried that into his personal relationships.”

After seven months of dating and many regrets, the software engineer did learn something about the crypto men: They pride themselves on accomplishing more than they actually have and without acknowledging their privileges in life.

My sugar daddy really wanted to be my hotshot coindaddy

The 24-year-old actress/waitress in New York started talking to a guy she met on seeking.com at the height of the pandemic. He immediately asked for her CashApp and she assumed that he was a bot.

After receiving $1,500 on CashApp, she met up with her sugar daddy in New York. He was a married man in his 40s.

The perks were obvious at first: 10-course tasting menus and $500 cash at the end of each meeting. Then, he wanted to give her something better than cash—Bitcoin.

“To this day, I’m still not totally sure what he did [for a living],” she said, though she recalls a lot of phone calls being made to China.

Sugar daddies on seeking.com, the “best site for attractive and successful people,” are especially interested in sugar babies in creative fields, the theater performer says. “Because a lot of these people have like … dreams that never came true,” she said.

But this sugar daddy was more interested in being her “hotshot mentor,” who teaches her about Bitcoin and crypto. He wasn’t trying to give her crypto to hide their transactions from his wife, she clarified. “It was like a very fatherly thing,” she said, because her sugar daddy was thinking about investing in her future.

“For people who understand this stuff a little less … I don’t want this imaginary coin,” she said. “I want [money], and I want it now.”

In the end, he wanted more intimacy than she could give. She broke it off. And she never received the Bitcoin.

My paper hands ex-boyfriend told me to sell, so I dumped him

For the more weathered crypto sis, there’s nothing worse than dating a newly converted crypto bro who’s talking about dollar cost averaging at the top.

The 42-year-old hair and makeup artist made a lot of money trading crypto during the bull market. She was living the dream life on a beach in Puerto Rico, sans capital-gains taxes.

In 2016, she bought $1,000 worth of Bitcoin on Coinbase, because her boyfriend at the time had “serious regrets” about not investing in crypto early. So she wanted to show him that it wasn’t too late.

But, “he never entered the game,” she said. “I took all the risk, and then I had to hear about how it was not responsible.”

In the end, the guy who thought he missed the boat convinced her to sell at a loss. “It really bummed me out,” she said. “And then I had to break up with him because what choice did I have?”

When your outlook on money isn’t aligned with your partner’s, your relationship is doomed, she said.

Fast forward two bull markets later: She made her way to “crypto haven” where it’s full of people concentrated on the future of funny money.

But the crypto community on the island is so small that you could build a reputation if you had been a “cynical bitch” to someone who just wanted to talk crypto on a date. For instance, she held back from saying “are you sure?” on a date with a bro who had put all his money in a meme coin. “I can basically predict the future of what this person would be like in a relationship,” she said. “I wouldn’t be able to trust him to be serious.”

But, the worst bro of all, is a crypto newbie preaching about DCAing (dollar cost averaging).

“The non-newbie in me said ‘Oh honey, just you wait. You’ll be crying like the rest of us soon,’” she said.

And she was right.

She later faced a $100,000-plus loan on crypto lender Celsius Network that she couldn’t pay back. And as the entire crypto market began to collapse over the summer, it “paralyzed” her to continue trading.

Luckily, a hedge fund manager she had met at a crypto meetup was generous enough to help her get out of her loan. He told her to “take the money, trade it for a couple of years, then pay me back.”

The makeup artist is now long ethereum, holding ETH tightly with the intention of paying the hedge fund guy back.

The allure of dating in crypto and Web3

All these “sins” seem to be superficial when you think about the typical crypto bro.

“You’re seeing a lot of people who didn’t have access to certain things now have the ability to access it and make full use of it,” said a founder of a dating decentralized autonomous organization who goes by the name v1. “That is a very big depiction of … the superficial demonstration of wealth.”

So what is the actual allure of dating someone in crypto and Web3?

A 2022 eToro survey found 33% of respondents said they would be inclined to date someone who mentioned crypto in their dating profile (the sort of result you might expect from a company selling the crypto lifestyle). And only 20% said they would view it as a turn off.

All these negative characteristics are more prominent “because we’re very flashy about it on social media,” v1 said.

So much of Web3 is about leaving behind your Web2 identities and so much of crypto is your online personality, she said. Your opinion is going to have penetrating effects, especially when you blast your views to a whole subsection of the internet known as Crypto Twitter.

“I’m going to sound like a total crypto bro right now,” she jokingly said. “But, attraction is mutually zero-knowledge.”

Just like the original ethos of Bitcoin is to facilitate peer-to-peer transactions where the identity of the sender and receiver wasn’t important or needed, in the modern dating world, does your age, appearance or family background really matter?

The conference and meetup culture in this industry can make people more forgiving and open-minded, v1 said.

“I could be chatting or following this person for five years, but never meet him until a conference in Barcelona, for example. You’re willing to understand this person outside the traditional identity factors and get to know them from their favorite NFT or whatever coin they’re shilling that week,” v1 said.

[This article originally ran on CoinDesk on Sept. 1.]